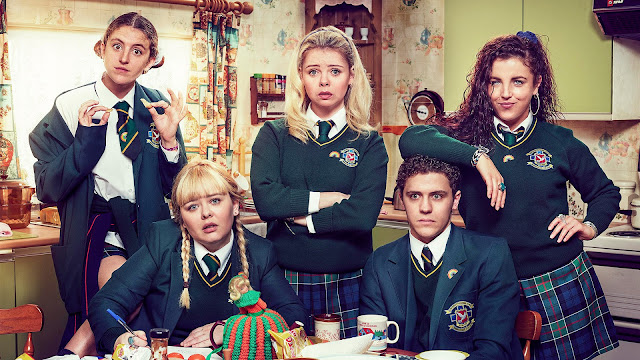 So, tomorrow is St. Patrick's day! We can't go out to celebrate this year, so instead, here are some films, books and TV series set on the Emerald Isle or starring Irish characters. I've only included stuff that I've actually watched/read and enjoyed myself and I've tried to stick to mostly Irish made projects. (I love a bit of Leap Year, but are there any actual Irish people in it, or only stereotypes?) I definitely think Irish films and series have a defining quality about them - I like the sense of humour and the music and even the underlying melancholy that's often there beneath all the craic. The comedy won't be for everyone (no-one swears like the Irish) but I did try to put a bit of a mix in here. I feel cheeky throwing this in for Top Ten Tuesday (weekly link-up, hosted at That Artsy Reader Girl) as it's off topic, but a few of the films/shows are based on books and I've listed some Irish novels too, one of which I'm in the process of crossing off my Spring tbr...

What's it about? A group of Dublin teens/twenty-somethings start a soul band in the nineties. Based on the book by Roddy Doyle, which is also great - but it's better when you can hear the music.

Watch for: The musical talent, the laughs and the chemistry between the young cast.

What's it about? A teenager in eighties Dublin (the posh bit?) moves school and starts a band (no covers!) to try and impress a girl.

(Trailer has so many spoilers!!)

What's it about? An Irish girl in the 1950's emigrates to Brooklyn for a new life. Based on the book by Colm Toibin.

Watch for:  Saiorse Ronan, beautiful costumes, romance and maybe a bit of a cry.

THE BOYS AND GIRL FROM COUNTY CLARE

What's it about? A Ceilidh band from Liverpool travel to County Clare to compete in a competition.

What is it? Indie Irish film about a homeless man (Colm Meaney) and his friendship with a young addict (Colin Morgan). Bit of an emotional one.
Watch for: The acting, the friendship. Very sad, but good.

What's it about? Four girls (and a wee English fella) in nineties Northern Ireland during the troubles.

What's it about? Chris O' Dowd plays the imaginary friend to his childhood self in this eighties set comedy. Basically Everybody Hates Chris with a different Chris - O'Dowd, not Rock - in rural Ireland.

Watch for: Fun family dynamics (I love the sisters.) You don't really need the imaginary friend gimmick but I guess it keeps a famous face in the show.

What's it about? Two 'young offenders' in Cork and all the mad stuff they get up to.

Watch it for: A good laugh, but also it's a lot. (If Derry Girls is a bit much for you, then this definitely will be) But it can also be surprisingly moving.

What's it about? Millennial romance in Ireland, based on the acclaimed novel by Sally Rooney.

Watch it for: Connell and Marianne. The acting, the chemistry, the angst. It's not always an easy watch, but it's good telly.

What's it about? Classic sitcom about three Priests on an Irish Island.
Watch it for:  It's bizarre and I suppose it looks a bit dated now. But it's a classic. 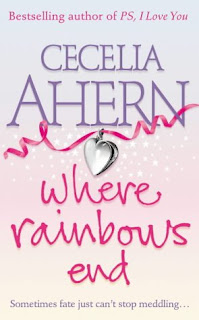 Where Rainbows End, or Love, Rosie, depending where you are in the world, is a book by Irish author Cecilia Ahern entirely told through letters and emails. It's a really easy, fun read about two best friends who are destined to be together but keep getting their timing wrong. The film was good too (although not set in Ireland.) 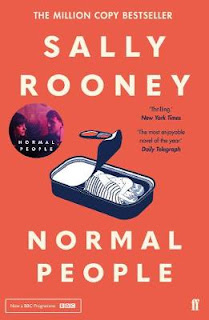 I didn't enjoy the book quite as much as the series, but Normal People is definitely a good read. A bit depressing - and why doesn't she use speech marks??? - but very good. Sally Rooney's first novel,
Conversations with Friends, is written in a similar style and is being adapted for TV too. I didn't like it as much (didn't really warm to any of the characters) but it was interesting. 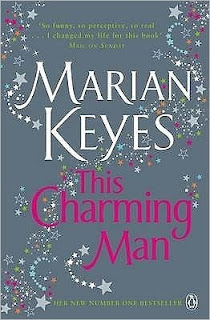 A colleague lent me this to read as I've been trying to find some chick-lit authors I like and I'd not yet tried any Marian Keyes. I'm enjoying it so far, it's a bit Bridget Jones-y and it's made me laugh out loud already. 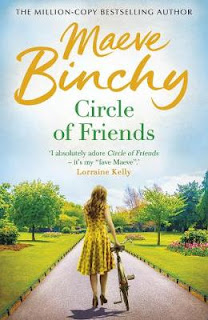 Although they're old fashioned, I'm a sucker for a Maeve Binchy book and Circle of Friends is both my favourite and the first one I read. It's about three girls in their first year at University in 1950's Dublin, and all of their trials and heartaches. There's a film too, but it's pretty awful.

I don't have many people I properly follow on Youtube, but I love these three. The sketches with the mum are my favourite.

Are you celebrating St. Patrick's day? Any recommendations?