TTT: Classic YA from before I was born/ before it was really a thing 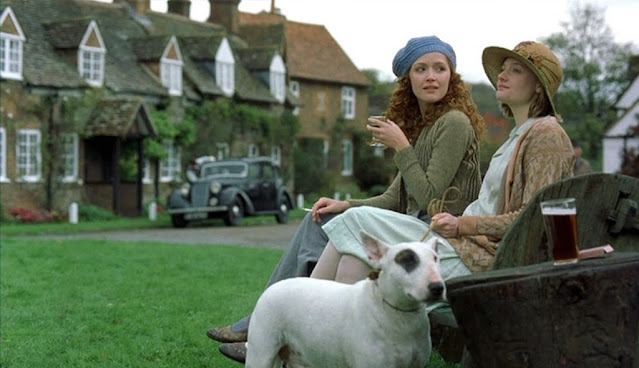 This week's Top Ten Tuesday theme is 'books written before I was born'. I feel like a lot of the stuff I read (and most of my favourites) are classics, or just old, so I went a bit more specific. YA fiction - as a genre and a way of marketing books -  is a relatively new concept, so I tried to think of a few books and series that would or might have been classed as YA if they'd been written in the last few years.

Credited as an inspiration by YA authors like Leigh Bardugo, Tamora Pierce's girl heroes were groundbreaking back in the eighties and nineties and still set a standard for strong female characters. Her books aren't perfect and have dated in some places - they also read more like junior fiction/middle grade than YA in some ways.  But for feminism, adventure, friendships, magic and sex-positivity, these books aren't to be missed. I'm reading The Immortals Quartet for the first time and loving Daine (almost) as much as Alanna and Kel. Looking forward to meeting Beka and Aly sometime soon! 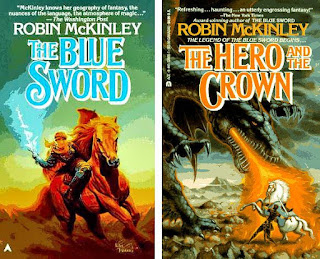 I've read some of Robin McKinley's fairy-tale re-tellings (Beauty, Spindle's End and The Outlaws of Sherwood) and really enjoyed them, both as an adult and a teen. Her writing is very descriptive and the stories can be kind of slow and dreamlike - but her characters are well-drawn, especially the girls, she does female friendship really well and I like the way she creates the magic. The Blue Sword and The Hero and the Crown are two of her best known books, both set in an original fantasy world with female heroes (one is a prequel of the other) and I'm definitely going to get to them at some point. 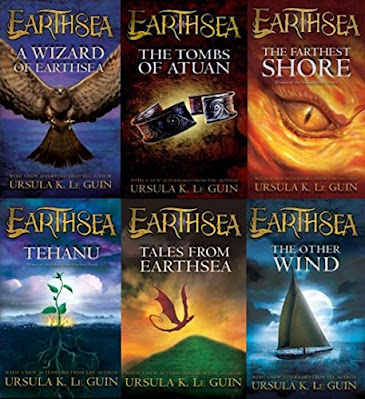 I read the first Earthsea book as a teenager and - although I can't remember anything about it - I know I liked it? My sister read the first quartet recently and it's making me want to go back and read more. The stories are based around a fantasy world made up of islands, a sort of Iron Age inspired society with dark-skinned characters (which makes a change from Medieval style white people) and there's wizards and dragons and stuff.

I love Diana Wynne-Jones. I discovered her at the library as a kid, trying to fill the gap between Harry Potter releases (a year felt like a long time back then) and the Chrestomanci books were a perfect fit. They're technically children's books, but the characters are mostly teen-aged and they feel sort of older. They can be very dark (in a later Harry Potters sort of way) and the characters can be very grey and complex. Plus the magic is really exciting and there are lots of good twists. Chrestomanici is a great character too. 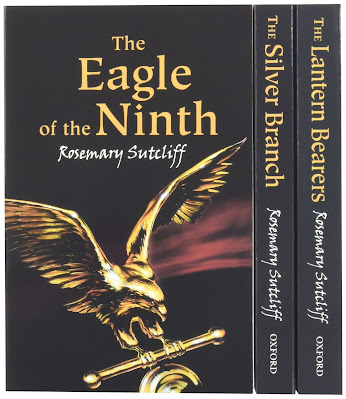 Rosemary Sutcliffe's books were written for children from the fifties - and nowadays they seem a bit hard-going to give to a ten year old. But you still could! They're descriptive, but the stories are great. I've only read the Eagle of the Ninth, as well as The Lantern Bearers and Sword in Sunset (that last one was written for adults) which are the follow ups. She writes historical fiction, mostly male protagonists but often disabled main characters (mental health too) and her descriptions of the period - the ones I read were Roman Britain and the Dark ages - feel so real.

You might connect Eva Ibbotson with children's fantasy (The Star of Kazan, The Secret of Platform 13  - which are good too) but she also wrote some lovely old fashioned historical teen romances. I've only read The Secret Countess but I liked that a lot. Are they a bit dated and problematic in places? I'd imagine so, going off a couple of strange attitudes in the one I read. But I could be wrong. I know they make for nice, girly comfort reading anyway. This is one of those books that I came to late, but wish I'd read as a teenager. It's written in the first person, set in 1930's England and tells the story of seventeen year old Cassandra Mortmain's eccentric, dysfunctional family and what happens to it when two young American men show up. From the famous first line 'I write this sitting in the kitchen sink' it was an easy, enjoyable read. Old fashioned but still a proper teenage book. A bit like Jane Austen meets Anne of Green Gables, or something like that. There's a decent film adaptation too, starring a young Romola Garai, Rose Byrne and Henry Cavill. 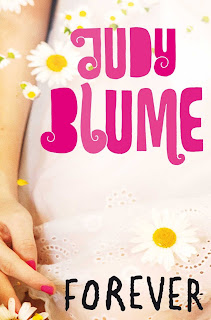 So I've not read any Judy Blume except Freckle Juice, which we read as a class book in primary school and just confused me. But I feel like Judy Blume is for generation X what Jacqueline Wilson is to British Millennials? Are you there God? It's me, Margaret is her most famous, Forever is the one 'with the sex in'. I'm guessing she's still probably very readable, but also pretty dated now. 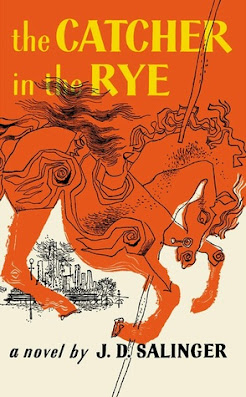 Another one I've never read, but I feel like this is one of those classics you're supposed to read when you're a teenager. There's a teenage protagonist, first person again and lots of angst, apparently. It's never been one I've gravitated towards (too male?) but everyone always tells me it's worth reading so I suppose I'll get to it at some point. 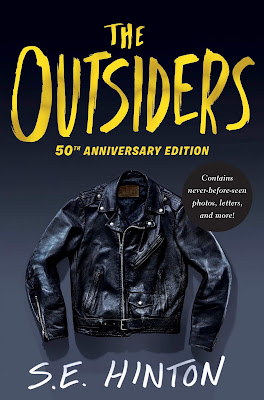 The author wrote this story of rival teenage gangs in the sixties, when she was in high school, and is apparently credited with introducing the YA genre. I'd never really heard of it before, but it sounds fun, and there's a film too which looked vaguely familiar. It was a controversial book back in the day for it's portrayal of gang violence and drugs, but nowadays it's often on the curriculum in the US. Might have to look it out.

Read any of these? What classic YA would you recommend?