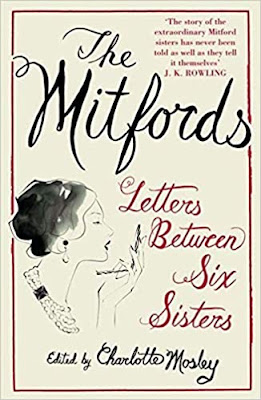 I don't do a lot of straight up book reviews on here, but I felt the need for this one as otherwise I'll probably continue boring the people around me with anecdotes about these six dead women I've been reading about. I'm much too invested. Not long ago I watched a new adaptation of Nancy Mitford's novel The Pursuit of Love (review here!) and went on to read the book, which was fun. I'd heard some vague chat about the infamous Mitford sisters and so, when I spotted this book of their letters at work, I thought I'd have a flick through. I never anticipated I'd read it cover to cover (it's huge) but they're so bizarre and fascinating I was sucked right in. 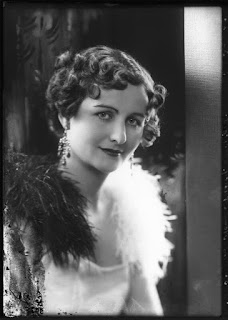 "I must say, your letter has filled me with gloom and apprehension. TROUSERS! Well, if she goes to Russia in them she'll be lynched, because no women wear them, not even those poor devils who mend the roads." - Nancy on Jessica, 1955

So basically the book is selection of the correspondence between the six daughters of an English lord, and the letters take us from 1925 to 2003. The girls were all writing to each other at one point or other, although there are fallings out and estrangements and some write more regularly than others (Jessica basically cut off contact for a while after the war.) Their characters come across very strongly - once you get used to who's who - and despite having lots in common in many ways, in others the sisters are all so different. Their politics, obviously is the big one - they range from Nazi-ism to Communism on the spectrum - but they also end up with radically different careers, lifestyles and romances. 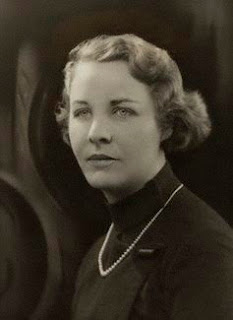 "Diana's two children are here still, it will be a year at the end of this month since they arrived. Nanny is kept very busy looking after them both, we cannot get a nursery maid to help, they are all in munitions." - Pamela, 1941 (Diana's children were staying there while their parents were in prison)

On one hand, it's the differences that make the letters so interesting. They span decades, conflicts and a wide range of social and political history, and through the different sisters we hear about such a variety of famous faces. If you're looking at people that at least one of the Mitfords ever had dinner with, for example, you'd have to include The Queen, Prince Charles, the Kennedys, Maya Angelou, Natasha Richardson, Hitler, Cecil Beaton, Ivor Novello, Gary Cooper, Evelyn Waugh, Fred Astaire's sister - and probably lots of others who I didn't even register. 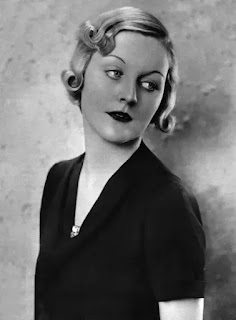 Diana: The Fascist (also 'the Beauty')

"I dread the election. Kit [Oswald Mosely] insists on standing, so we shall have three sleepless weeks followed by a disappointment, what a delightful prospect." - Diana, 1966

On the other hand, despite the fact that not one of the sisters is what you'd call normal, they're very human and...sister-like. Most of the letters are just about mundane, everyday things: they bitch about each other, console and congratulate each other on big life moments, travel across continents to sick-beds, accuse each other of all kinds, cut off contact, make and break alliances, get offended by small and big betrayals - but the undercurrent is, they all obviously loved each other. There are so many nicknames and childhood in-jokes that it can be difficult to keep track, but the notes in the margins definitely help. 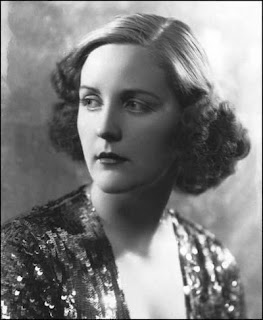 "I had lunch with the Fuhrer on Monday, and he asked me to send you Vielle Grusse. Both days he was in his very sweetest mood, particularly on Monday, and he held my hand and said 'Kind!' [child] in his sympathetic way because he was so sorry about England and Germany being such enemies." - Unity in a letter to Diana, 1939

The sisters' continued affection for each other might be a difficult thing to understand, especially if you don't have siblings. How could Jessica (a Communist and Civil Rights activist, with a Jewish husband, an African-American son in-law and mixed race grandchildren) still talk fondly of Unity (who died young, after an attempted suicide attempt when the war was declared) who was a massive Hitler stan, back in the day? How could Nancy - who gave information during the War which helped get Diana imprisoned as a dangerous threat, keep the secret throughout her life and remain on good terms? How could Pamela - a non-political farmer who wasn't a reader and reportedly disliked children, find anything to talk about with sisters whose lives revolved around either their families, their politics or their books? You can't even really say they all had a shared childhood, because there was a pretty big gap between the youngest and the eldest. But they obviously did care about each other. 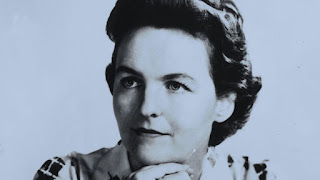 "Pity about those Conservatives, if I'd known it was for them I should have ordered up something v. different, such as one of those wartime recipes I found at the Isle, that say 'soak several biscuits in water overnight, squeeze out, spread thinly with jam and bake." - Jessica had sent Deborah a fig pudding recipe for a dinner party at Chatsworth, 1968

I've never read a book of letters before, but this was funny, touching, fascinating and also frustrating - because despite it's size, it's only snippets really. Plus it takes a while to get used to all the nicknames. It was well edited, with good little info-dump chapters between each section. But you've got to remember that it's edited by Charlotte Mosely, so Diana (and Deborah, who she seemed to be closest too) get the most sympathetic portrayal. My favourite sisters were Nancy (no angel, true, but she makes me laugh) and Jessica, but we're definitely meant to be team Diana here. I didn't hate her, but it's hard to side with someone when they're married to Fascist leader Oswald Mosely (hilariously referred to as 'Kit' throughout - Diana's pet name for him, short for kitten) and their beliefs are in complete opposition to your own. 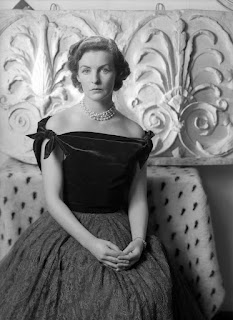 "Ivor Novello is acting in Brighton and has just been over here for the day. The children got giggles at lunch when he said something was 'divine' for the 10th time, it was awful." - Deborah to Diana (who was in prison at the time) 1941

Anyway, would I recommend this? Yes. It's boring in parts and the Hitler stuff at the beginning is very uncomfortable (at one point he is 'giggling' and Unity is charmed. I'm pretty sure Unity was basically unhinged.) But as a portrait of real people, sister relationships and a changing world, it's so interesting. By the end the deaths were making me all emotional and I was even invested in the saga of the 'stolen' scrapbook. Worth a read, even if you just flick through - just be prepared for some offensive language and sentiments (mostly Diana and Unity, but all of them at some point, except possibly Decca) inappropriate humour about serious subjects (almost always Nancy) and loads of snobbishness and excessive privilege. They're all awful, basically. But they're real. And they fascinate me.