TTT: Historical adaptations I'd like to see (because we all know what happened to Anne Boleyn by now) 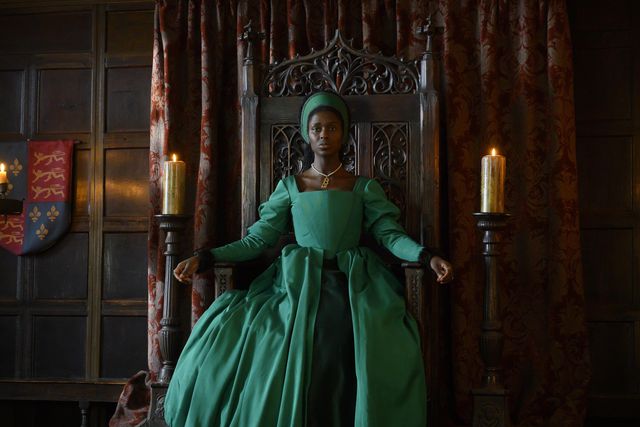 So, I've been watching this Anne Boleyn thing on channel five. I really enjoyed it, the cast are brill, (especially Jodie Turner-Smith as Anne) I like that it's very focused on the women and not all from the men's point of view, as per usual. Anne is interesting. The Tudors are interesting. But... there are only so many times I can watch this exact same story play out. I studied the Tudors at school, three separate times. I was never really taught about the Wars of the Roses, or the English Civil War or the Norman conquest. But the Tudors - three times. And I like a bit of historical drama, but again, there's Wolf Hall and The Tudors and The Other Boleyn Girl and Reign and The White Princess and The Spanish Princess. So how about changing it up a bit? There are plenty of historical novels out there, set during less-explored periods of English history. They would make great telly and probably pull in the same audiences (I include myself in this) who are prepared to watch Henry's second wife get her head chopped off for the gazillionth time. A bit of variety might do us all good.

This weeks Top Ten Tuesday (hosted at That Artsy Reader Girl) is books you've read that make you want more of the same. Watching Anne Boleyn made me crave historical drama that's the same - but different. So here are a few books/authors/eras I'd like to see adapted:

The Sunne in Splendour

(Wars of the Roses) 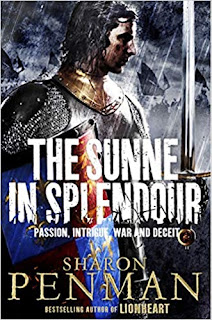 So Richard the Third is a victim of Tudor propaganda and has been cruelly slandered, yes? Or have I just taken this book too much to heart? I see this more as three films, but it could work as a series too! It's probably too soon since The White Queen, but this would be so much better.

Something with Eleanor of Aquitaine? 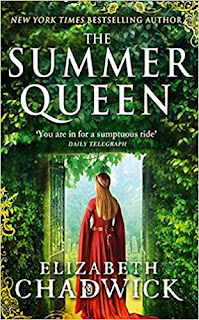 There's an Elizabeth Chadwick series (The Summer Queen, The Autumn Throne, The Winter Crown) which I've heard good things about? I don't understand why Eleanor of Aquitane (mother of Richard and John, from the Robin Hood legends) hasn't been done to death. She had so much drama in her life. Would recommend her 'You're Dead to Me' podcast here - I was listening to a lot of these at one point...) if you just want the basic facts. 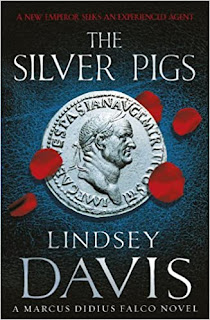 I've not read these, but I've been watching a lot of Plebs lately, and an Ancient Rome set crime series with a hard-boiled style detective, sounds like something I would very happily binge right now. The author has a later series of books with a female detective too. I should probably try these.

Here be Dragons and sequels 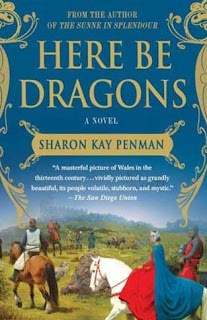 A trilogy based in Medieval Wales that I probably bore on about too much. In the Welsh corner we have Llewelyn Fawr, one of the last Welsh princes, and his descendants. In the English (or, more accurately, Norman French) corner, we have Bad King John, and later Henry III and Simon de Montford and Edward Longshanks. Trying to keep the peace we have John's illegitimate daughter Joanna (also Llewellyn's queen.) And in the later books a lot of Nells and Ellens and Eleanors, who you will get confused occasionally, but who you will love. There's plenty of sex and politics and back-stabbing and family feuds. It's very Game of Thrones. 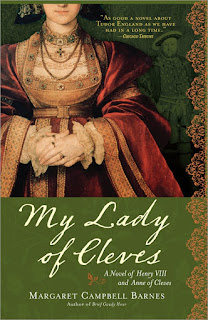 So yeah, more Tudors. But they never focus on the other Anne! This is one of my favourite historical novels. It imagines a emotional love affair between Anne and Hans Holbein, who painted the infamous portrait of her. Nick Frost for Henry? He's looking the part nowadays, with that big red beard. 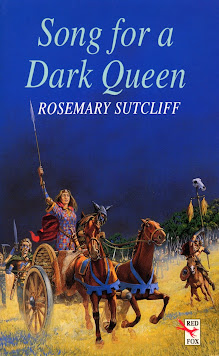 Considering that there's quite a lot of stuff out there about Roman Britain and the Celts, is it weird that I've never seen a drama about Boudicca? She sounds completely off her head, but you know, interesting! (See her You're Dead to Me episode here) I know that Rosemary Sutcliff had a novel about her - 'Song for a Dark Queen' - that I keep meaning to try. It sounds very dark, but could make for a 'Vikings' style Netflix series?

(or something about the Civil War) 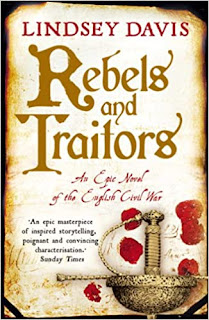 Unlike America or France, who celebrate their independence yearly, in the UK I feel we almost forget that we ever even had a civil war. We overthrew our King before you guys did - it's just, our monarchy came back, to stay. Still, it must have been an interesting period of history. I borrowed Rebels and Traitors - a big fat historical novel, by Lindsey Davis, the author of the Falco series - from work after a reader recommendation. But I still haven't read it.

Something about Grainne O'Malley? 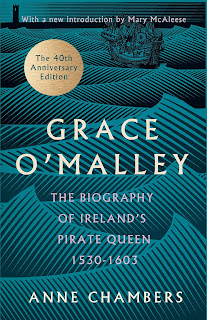 This one truly baffles me. Why hasn't Grainne (sometimes known as Grace) O' Malley been done? An Irish pirate queen who started her career as a teenager, had multiple lovers (and husbands) and a misogynistic English arch nemesis - oh, and canonically met Elizabeth the first? If that doesn't have the CW written all over it, I don't know what does. (And yes, I listened to an episode about her, too: here)

Wonderful Adventures of Mrs Seacole in Many Lands

(Or something about Mary Seacole) 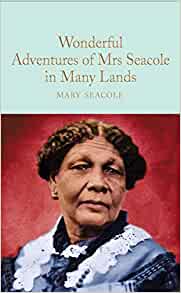 So I only vaguely remember learning about her in primary school, but Mary Seacole was a Florence Nightingale type during the Crimean War, and published her own autobiography. That might be one to adapt? I know nothing whatsoever about the Crimean War, but a good female -driven period drama might be a way to get me interested. 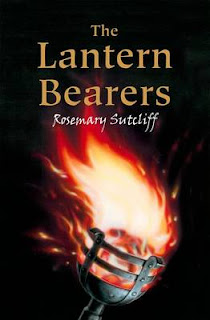 I've still only read one or two of her books, but she does a lot of Dark ages/Roman/Medieval stuff and some from later periods. The Eagle was a pretty bad adaptation, but that doesn't mean she can't be adapted well.

What historical novels/time-periods would you like to see on screen?