This week's Top Ten Tuesday (hosted at That Artsy Reader Girl) is a quotes freebie. As I'm doing #Wyrd and Wonder this year and today's prompt is 'the chosen one' I thought I'd try and tie it all in. In fantasy, being 'chosen' is to be plucked from the crowd and have responsibility (that you never asked for) thrust upon you. If you've not gained some leadership skills by the end of your book, you're in trouble. So, have some quotes about stepping up, and what makes a true leader:

"At that moment, in the sunset on Watership Down, there was offered to General Woundwort the opportunity to show whether he was really the leader of vision and genius which he believed himself to be, or whether he was no more than a tyrant with the courage and cunning of a pirate. For one beat of his pulse the lame rabbit's idea shone clearly before him. He grasped it and realised what it meant. The next, he had pushed it away from him." 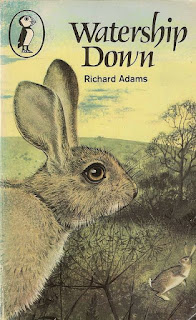 “It is our choices that show who we really are, far more than our abilities”.

- J.K Rowling (Harry Potter and the Chamber of Secrets)

'Commanders.' He raised his little finger. 'Good ones, people with a knack for it, like, say, the queen, or Buri, or young Dom, they're as rare as heroes. Commanders have an eye not just for what they do, but for what those around them do. Commanders size up people's strengths and weaknesses. They know where someone will shine and where they will collapse. Other warriors will obey a true commander because they can tell that the commander knows what he- or she- is doing.' Raoul picked up a quill and toyed with it. 'You've shown flashes of being a commander. I've seen it. So has Qasim, your friend Neal, even Wyldon, though it would be like pulling teeth to get him to admit it. My job is to see if you will do more than flash, with the right training. The realm needs commanders. Tortall is big. We have too many still-untamed pockets, too curse many hideyholes for rogues, and plenty of hungry enemies to nibble at our borders and our seafaring trade. If you have what it takes, the Crown will use you. We're too desperate for good commanders to let one slip away, even a female one. Now, finish that'- he pointed to the slate- 'and you can stop for tonight."

“If you want to know what a man’s like, take a good look at how he treats his inferiors, not his equals”.

- J.K Rowling (Harry Potter and the Goblet of Fire) 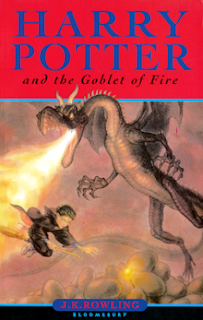 "The man who passes the sentence should swing the sword."

“Peter did not feel very brave; indeed, he felt he was going to be sick. But that made no difference to what he had to do.”

― C.S. Lewis, The Chronicles of Narnia 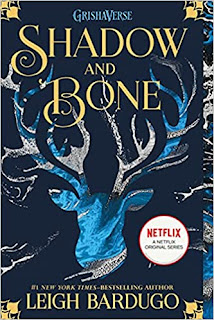 “And there's nothing wrong with being a lizard either. Unless you were born to be a hawk.” 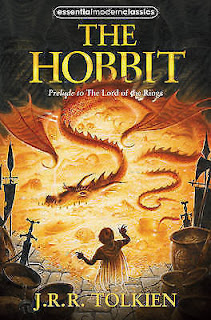 "I have found that it is the small everyday deeds of ordinary folks that keep the darkness at bay."

— J.R.R. Tolkien (The Hobbit)
What are your favourite leadership quotes?
Labels: #wyrdandwonder Fantasy quotes the chosen one trope tuesday TTT