So it's Mother's day somewhere (not here though, thanks for panicking me!) and for today's Wyrd and Wonder prompt I'm celebrating mothers in fantasy. Thought I'd better, as I've already done a fathers post. It's only fair. Problem is, fantasy mothers tend to be, er...dead? Still, here are a few I found to be very much alive:

Ilane (Kel's mum) in The Protector of the Small 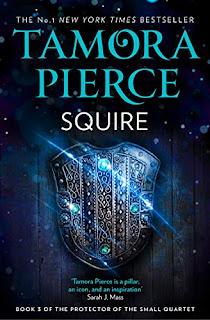 "I don't want to be distracted," she admitted, feeling small with guilt. It seemed selfish, put that way. "I don't think I want to bed anyone mama, we were just kissing, that's all."

"Kissing may lead to more serious things, my darling." Ilane said, cupping Kel's cheek in one cool, long fingered hand. "A girl may be carried away. It's not always love, lust may feel wonderful enough to be mistaken for love."

"I just want my shield', Kel whispered. "I'll deal with the rest later, the - complications."

"Perhaps you should see a healer," Ilane suggested. "Get a charm to keep you from pregnancy, until you're certain you'd like to be a mother. Then, if you do get carried away, you can surrender to your feelings." Ilane grinned wickedly. "Goddess knows, your father and I did!"

Tamora Pierce's books are filled with brilliant father figures, but there are a couple of great mums in there too. Keladry's mother Ilane, is a rare fantasy figure. She is a) alive, b) supportive of her daughter's dream (to be a knight) c) an accomplished fighter d) has a healthy relationship with her daughter. Admittedly, we don't see much of her, but in the scenes she does get, she makes an impression.

"I told him to take the cup with me," said Harry.

Now the burning feeling was in his throat too. He wished Ron would look away.

Mrs. Weasley set the potion down on the bedside cabinet, bent down, and put her arms around Harry. He had no memory of ever being hugged like this, as though by a mother. The full weight of everything he had seen that night seemed to fall upon him as Mrs Weasley held him to her.

Molly Weasley is the first fantasy mum that springs to mind. There are a lot of 'found fathers' and in sci-fi and fantasy books, but not so many mothers. And Mrs. Weasley becomes that for Harry. Lily would have been great too, but Mrs. Weasley is there, the only real mother figure in his life (if you're not counting Hermione...)

Mrs Coulter in His Dark Materials

(Clip is a bit spoiler-y!)
Phillip Pullman's Mrs. Coulter is such an interesting creation. Lyra was raised at Oxford, her only known parent, Lord Asriel, stopping by now and again. So when the glamorous Mrs. Coulter rocks up to take her away, spoil her and mother her, she's a little bit starstruck. I never read the last book and I forget a lot of the second one, so I still don't know the full extent of how this woman's mind works. But she's definitely a great character. Terrifying, but great. 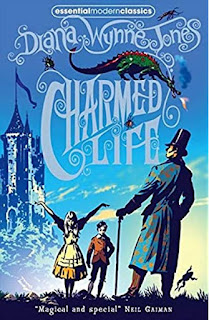 Millie is Christopher's wife in the Chrestomanci books and mother to Julia and Roger. She's described as 'plain and pudgy' (beside her gorgeous husband) but also a powerful enchantress, very kind and motherly. She's just lovely, but takes no nonsense either. Cat warms to her straight away, despite Gwendolyn's bitching about her looks. We get to see a bit more of her in The Lives of Christopher Chant (my favourite!) and she's basically the best character. 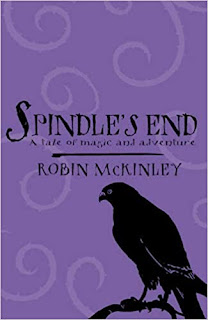 Spindle's End is Robin McKinley's re-telling of Sleeping Beauty and it begins with Katriona, a village girl who attends the new Princess's name day celebrations and leaves with...the baby. Kat didn't expect to become a mother so suddenly, the mother of the Princess no less, but she takes up the challenge, despite the problems it will inevitably throw in her way (what will people think when she returns home with a child? What will her sweetheart think? How do you raise a future monarch? How will she cope when baby Rosie turns sixteen and she has to give her back?) The viewpoint switches to Rosie later in the story, but in some ways I thought Kat's journey was more interesting.

George R.R Martin writes some fab female characters and some of the most interesting, to me, are Catelyn and Cersei. Both mothers, both fierce and brave and intelligent (although, neither are as smart as they think they are) protective of their children. Both...not very nice people. I prefer Cersei's depiction in the TV series (I think she's just more nuanced, although part of that could be Lena Heady's portrayal) but I was surprised by how much I liked Cat when I read the books. She's so horrible to Jon, yet I enjoyed her POV chapters and warmed to her despite myself. The above scene isn't in the books - as far as I can remember - but i still thought it was really interesting. What is Cersei thinking here? Is she really sorry? Is she really sad that she lost Robert's child? I think so, but who knows with her? 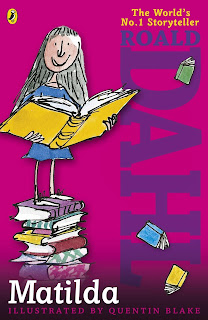 "Up to now," Miss Honey went on, "I have found it impossible to talk to anyone about my problems. I couldn't face the embarrassment, and anyway, I lack the courage. Any courage I had was knocked out of me when I was young. But now, all of a sudden I have a sort of desperate wish to tell everything to somebody. I know you are only a tiny little girl, but there is some kind of magic in you somewhere. I've seen it with my own eyes."

Another example of a found family (and it is fantasy, because Matilda can move stuff with her eyes) I love Miss Honey and Matilda. It becomes a mother/daughter bond, but it begins as a friendship between two female characters, of different ages, based on love and respect for each other. We admire Miss Honey although she is not conventionally 'strong' - just a young teacher who is kind and clever and caring and very good at her job. And we admire Matilda, despite the fact that she's a precocious five year old who has no blind respect for authority or her elders, reads Rudyard Kipling and recites Haikus using her teacher's first name within minutes of meeting her. And that's because she's so clever and passionate and kind. They save each other, and I like that. 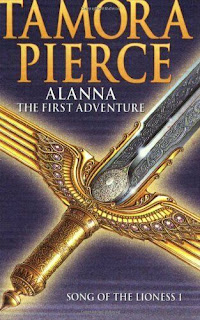 "You poor child," she chuckled. "Did no-one ever tell you of a woman's monthly cycle? The fertility cycle?"

Some more Tamora Pierce! Unlike Kel, her predecessor, Alanna, didn't have a mother to teach her about the facts of life. So when she gets her first period, disguised as a page, she has absolutely no idea what's happening to her. Luckily her friend George (the king of thieves, naturally) has a mum she can go to. Mistress Cooper makes her a cup of tea and gives her the talk, very matter of fact-ly given the fact she was a boy five minutes ago. I was surprised by this scene when I read it as an eleven year old - it's not the kind of thing you usually get in children's books - but impressed. I also love the way Alanna goes back to Mistress Cooper later on, when she starts wanting to learn how to dress up and do her hair and stuff.

Baghra in the Shadow and Bone trilogy

When I entered and shut the door, the Darkling gave me a small bow. "How are you, Alina?"

I winced and wished I could disappear into my boots.

To my surprise, the Darkling said, "Leave her be."

The Darkling sighed and ran his hands through his dark hair in exasperation. When he looked at me, there was a rueful smile on his lips and his hair was going every which way. "Baghra has her own way of doing things." he said.

"Don't patronise me boy!" her voice cracked out like a whip.To my amazement I saw the Darkling stand up straight and scowl, as if he'd caught himself.

Mentor characters are often men in fantasy - the wizards and training masters - but in Shadow and Bone we have Baghra. A fierce old Grisha who makes her presence strongly felt throughout the books. I love her interactions not only with Alina and the Darkling, but later with Nikolai too. She's one of my favourite things about the series.

He just hoped she would not reward him by making gingerbread men. As a rule, gingerbread men were fun. They leapt up off the plate when you tried to eat them, so that when you finally caught them you felt quite justified in eating them. It was a fair fight, and some got away. But Mrs. Sharp's gingerbread men never did that. They simply lay, feebly waving their arms, and Cat never had the heart to eat them.

Another Charmed Life character, but Mrs. Sharp is such an interesting (and kind of sad) figure. She's not a very good witch and not a particularly admirable or moral character. Cat's fond of her, the only mother figure he has, for a while, but looked at from an outsider's perspective, she'd be harder to love. Diana Wynne-Jones writes disappointing adults very well.

Who are your favourite mothers in fantasy?