The Pursuit of Love: Book vs Series review 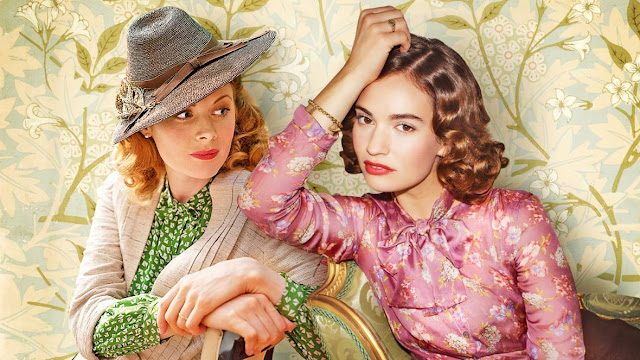 When I first saw the trailers for The Pursuit of Love, the BBC's recent adaptation of Nancy Mitford's novel, I wasn't too excited. Did it look like my sort of thing? Yes. But I hadn't read the book and - as much as I like Lily James as an actress - I am sick of her face. She is everywhere! Or at least, in everything I want to watch. Plus Dominic West was playing her dad in it... bit awkward. Still, there's not much on at the minute so I gave it a go. And it was a good call, as (after a shaky first episode?) I really enjoyed it. Then I read the book, which I liked even more. It's nice and short, you could probably manage it in a lazy afternoon or two, which it's actually perfect for. 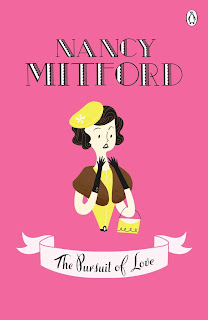 The Pursuit of Love is the story of two girls, Linda and Fanny, their aristocratic family and their 'pursuit of love'. I say two girls, but (in the book at least) really it's Linda's story and Fanny is just the narrator. The novel is semi-autobiographical, but I think it's better not to read too much about the Mitford's and their lives going in, or you might spend the whole book trying to work out who is based on who, and how much is drawn from real life. The Mitford's Wikipedia page is eye-opening though. What a weird family.
The story is set mainly in the nineteen thirties, and although the privilege of the characters can be grating at times, I actually really liked them. Even the awful ones - you can kind of tell that the author is writing about her family, as these - often terrible - characters are written with such affection. I enjoyed Uncle Matthew, especially. And Davy and Lord Merlin. And Jassy. And Fabrice! Although, I felt Aunt Emily was neglected? She's supposed to have raised the narrator, but we hear very little about her at all. I think that's one of the things with this book - I love the style of the writing and the humour, but it is a bit random. Plot points and characters drift in and out and the tone is quite informal and chatty. We're following Linda's life, but there's not really much of a structure. It's quite episodic. By the time we get to the war years, it almost feels like we're starting a new book - and then it ends, suddenly. No spoilers, but what were those last two pages, really??? The last two pages!!! Despite all that though, it was a really quick read. It had a cosy classic feel, but more bite and a darker humour. It's been described as 1930's chick-lit, and it is, but that's not to say it was frothy. It's even quite political, and I found the politics kind of interesting - you've got to take them all with a pinch of salt though, for obvious reasons. (Don't worry, Nancy wasn't the Nazi-loving sister or the one who ran off with Oswald Mosely. Or the Communist. Or the a-political one. She was a 'moderate Socialist' apparently.) 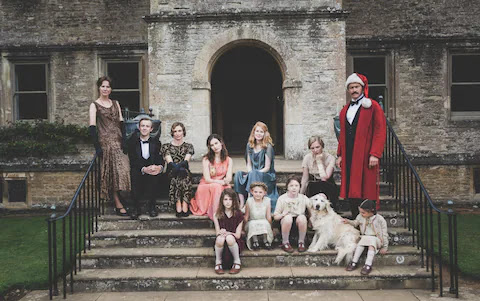 So what did I think of the series? It took me an episode to get into, but once I was in, it was fun. I'd heard comparisons to Wes Anderson (not for me) but I liked the stylisation and the modern music. It matched the slightly erratic thing the book has going on, although the first episode was a bit of an assault on the senses (and I don't know why the director thinks modern music in a period drama is unique. They've been doing it for ages!) I loved the cast too. Dominic West was great as always and Andrew Scott stole every scene he was in. I loved John Heffernan as Davy and Emily Mortimer (who also directed) was fun as 'The Bolter.' Lily James and Emily Beecham as the protagonists did a great job taking them from teens to grown women, with children of their own. Emily Beecham maybe had the most difficult part to shine in, but I thought she was great. 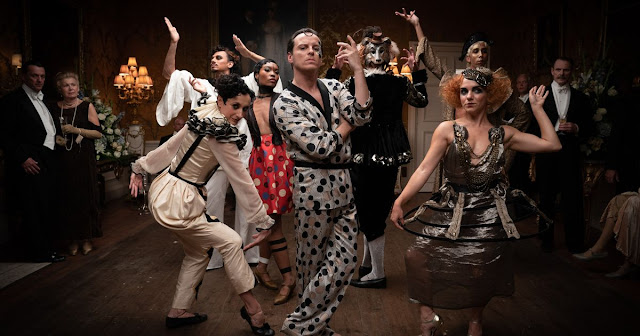 After reading the book, I realised that one of the reasons the TV series worked so well is that it stuck very faithfully to the source material. With big, fat books you can't do that (and it can be a disaster if you try) but this was nice and short so it made sense. A lot of the dialogue and all the best jokes were straight from the page. The only real difference, I thought, was that they made a bit more of Fanny's character. I thought it was well done, although they made her a slightly sadder figure than in the book. In the novel, that whole speech about the 'pinpricks of everyday life' isn't really an indication of her unhappiness. She's happily married - I just read it as her talking about the general annoyances in anyone's day to day. We can't all be living it up in Paris with handsome Frenchmen.  Oh, and one more thing - I read an interview where the director said they 'hadn't decided' whether the relationship between Fanny and Linda was sexual or not. Er, I'm going to go with not. They are first cousins. 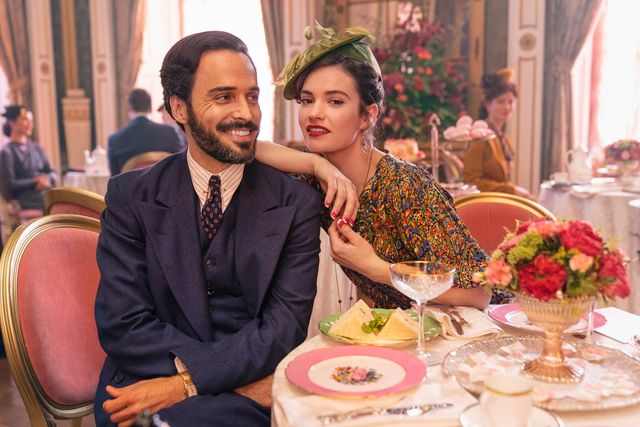 Anyway, overall I'd recommend. The book is definitely one I'll return to, and the series was a great adaptation. The novel is of it's time, so there's some offensive language (mostly used by Uncle Matthew, who happens to hate foreigners and educated women) and if you don't speak French you may want to keep google translate handy (I hate it when books do that! At least put a translation in the margin!) but yeah. Pursuit of Love. I liked it.

Have you read The Pursuit of Love or seen the series? The sequels any good?