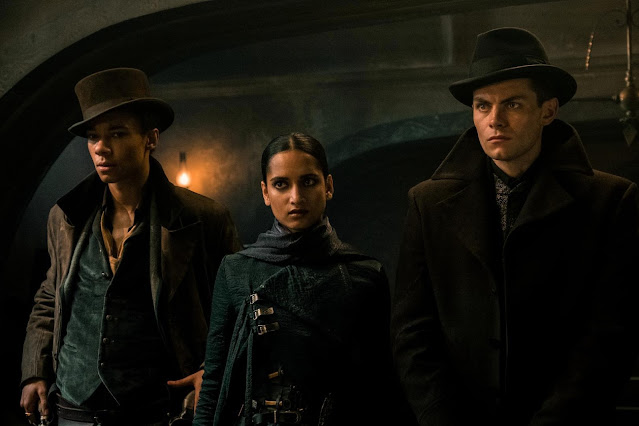 So my sister's been trying to get me to read the Grishaverse for ages and on hearing that the Netflix series was coming out in April, I finally capitulated. I just finished listening to the audio-book of Crooked Kingdom and I cannot get those characters out of my head. I think I had more fun reading Shadow and Bone (it's trashier, plus it was my first introduction into the world) but the characters and relationships from Six of Crows are something else. I don't think I have a favourite, or even a favourite couple - I love them all! (I'm lying - Kaz and Inej are my favourite. Just.) Basically I went looking for this tag because I want to think about them all some more. I think originally it was created at Readable Life.

Oh, and I made another quiz! (Which Six of Crows character are you?)

a book that you value most in your collection

I've been collecting the Jim Kay Harry Potters as they come out. Some of the illustrations are so lovely. But I think I'm fondest of my old battered copies, most of which are basically in manuscript form at this point (no spines, no covers.) You can definitely tell they're well loved. 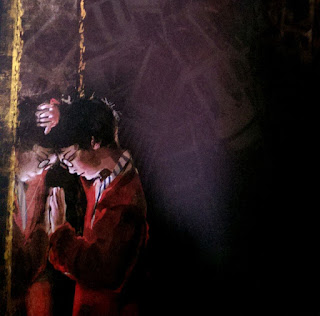 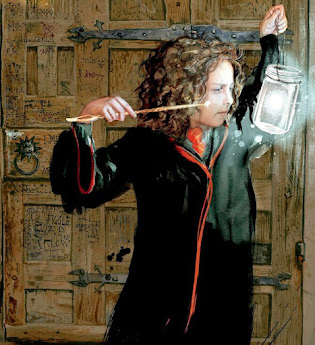 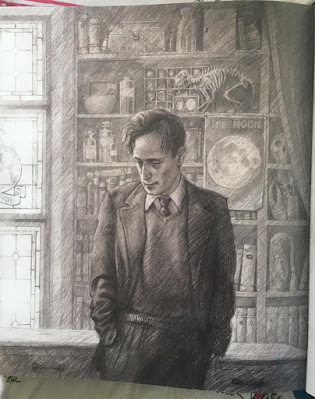 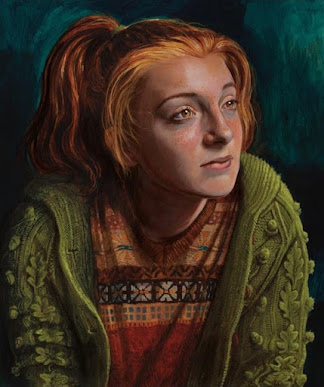 A Book that stabbed you in the heart with the feels 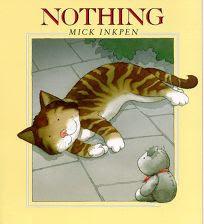 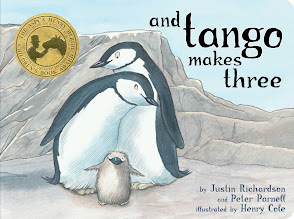 I feel like every time I read a picture book in work I start crying. Why are they all so emotional??? Nothing by Mick Inkpen is one that particularly got me. I picked it up from pure nostalgia, remembering the illustrations from childhood - but I hadn't remembered the emotional roller-coaster, or that it's about a toy having an existential crisis. These things should come with some sort of warning on them. And Tango makes Three (true story about gay penguins who want a chick of their own) also made me cry in public. 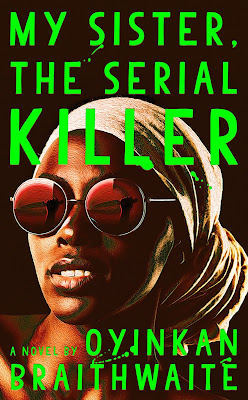 I'm not one for judging a book by it's cover and I'd normally never read thrillers, or a story I knew nothing about. But this was so gorgeous and the title speaks for itself. It was great. Really dark and funny and a super quick read. It reminded me a bit of 27 Dresses, if Malin Ackerman's character was more psychotic.

A favourite book with an awesome magic system 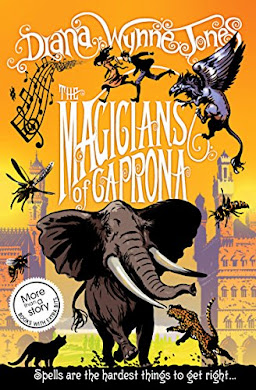 I love me some Chrestomanci and this was the first Diana Wynne-Jones I ever read. Set in a magical version of olden-days Italy, it's a Romeo and Juliet inspired tale of two great 'spell houses' at war with each other. The magic system is different from other Chrestomanci books, as the spells are created through song. The whole world is wonderful in this though - think I'm due a re-read!

A book that seemed intimidating, but you really enjoyed by the end 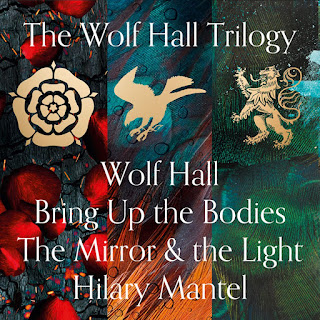 I pushed through these last summer (read my review here) and they were hard work. But at the same time, enjoyable? I got on with them better once I started dipping in and out of the audio-book (the Ben Miles one is brill) and by the end, I might still have been a tiny bit bored, but I was definitely engrossed and so attached to Cromwell that I was stomping around, furious at his enemies.

A book that had a surprising ending 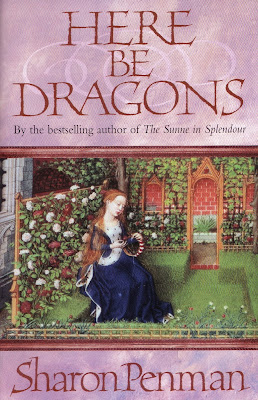 Here be Dragons is an historical novel based on a bit of history I knew nothing about. It's a big book and near the end I was starting to think, 'where's it got to go from here?' Then something happened and I had to put the book down for five minutes just to get my head around it. All the drama! Just, don't Wikipedia the characters. And if you don't want any spoilers at all, don't read the blurb - the main story doesn't get going until half-way through.

A book that you have a fiery passion for 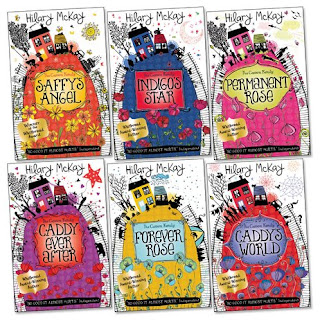 I really love the Casson series by Hilary McKay. They're teen books and I enjoyed them as the intended audience, but reading them as an adult with little memory of the stories, only the characters, I couldn't get over how perfect they were. I just love the writing style, the characterisations, the warmth, the sense of humour, the English-ness. The first three are the best I think, but the others are so good too. Each book has made me laugh out loud and cry proper tears on every re-read. They're just...very good.

A book that you felt betrayed you 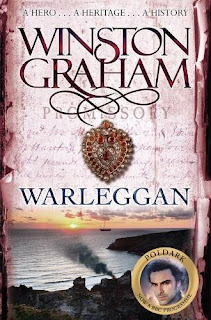 I started the Poldark books a few years ago, before the series came out. They were right up my alley - historical, kind of episodic and soapy but so beautifully written, with some brilliant scenes and characters. Ross was a flawed but principled and very attractive hero. I thought. I thought I liked this author, who wrote women so well and had crafted all these complex friendships and romantic relationships with realistic ups and downs. And then the fourth book happened. What was that? No, no no. That line is not blurred, it is a very. definite. line. That was crossed. Just horrible. And although I read the books that came after and they were good, it was impossible to forget as Warleggan set a chain of events in motion in the later novels. I was shocked that the TV series presented it as written too, and defended both the decision, and the action.

A book with a stunning cover that you didn't love 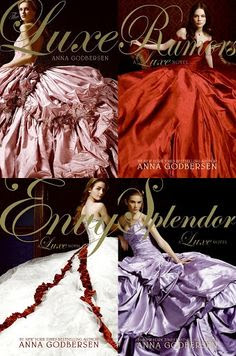 This is a bit harsh, as I did enjoy these books. But I wouldn't say they were great. I definitely picked up the first one based on the pretty dress, and kept buying them for more pretty dresses. Written by Anna Godberson, it's kind of like turn of the (nineteenth) century Gossip Girl. Rich upper-east side New Yorker drama. Elizabeth is Serena. Penelope is Blair. Lina is Jenny. William is Dan. Henry is Chuck. I would definitely watch this as Netflix series though.

A book that you thought about for weeks after finishing 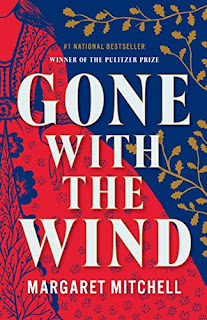 Gone with the Wind. We all know the problems, and they're awful. And that's kept me thinking too, because it's so frustrating that can someone write such complex characters and have such insight into people, but also be so blinded about her own prejudices. The characters are so vivid, even the very minor ones, like Archie or Grandma Fontaine or Dilcey or Cathleen Calvert -  they don't leave you.

A book character that you wish had more page time 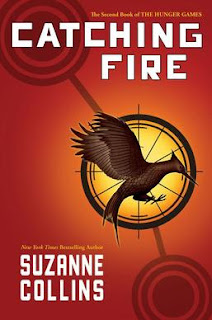 (Did anyone wish Joost had more page time? This should be called Rotty!) This one's easy. Madge, from The Hunger Games. She gave Katniss the Mockingjay pin! The author was building her up to be a bigger character, I'm sure and it was developing really well in Catching Fire. But then Prim started growing up into a similar type and they introduced Delly, so I guess Suzanne Collins felt she didn't need Madge any more? She could have been a proper female friend for Katniss, and I was hoping she might get together with Gale.

Have you read Six of Crows? (If you have, consider yourself tagged.) Who's your favourite?