Places in books I'd love to live

Today's Top Ten Tuesday (hosted at That artsy reader girl) is 'places in books I'd love to live' - I feel like my list definitely reflects the summery feeling I've got at the minute. Can't wait to see the sea again...

Cair Paravel, Narnia
from The Chronicles of Narnia by C.S Lewis

"The castle of Cair Paravel on its little hill towered up above them; before them were the sands, with little pools of rocks and salt water, and seaweed, and the smell of the sea and long miles of bluish-green waves breaking forever and ever on the beach. And oh, the cry of the seagulls! Have you ever heard it?

Nampara, Cornwall
from The Poldark Saga by Winston Graham

"Demelza took the children to a pool on the edge of the sea near Damsel point, and they all bathed in its cool, bottle-green depths and fished for shrimp and other exciting creatures...It was still early, scarcely ten o' clock when they returned to the house, glowing and laughing. A few wanton clouds with vaporous edges had formed about the sky, but one knew better than to take them seriously; they would soon be sucked up into the general heat. The two children had run shouting indoors, not content with their morning dip they were now going with two of the Martin children and two Scobles, in the charge of Ena Daniel, down to the beach to build a great sand wall against the incoming tide. Demelza had carried a basket into the shade of the old lilac tree beside the front door, and was combing out the tangles in her damp hair."

The Daffodil Yellow villa, Corfu
from My Family and other Animals by Gerald Durrell

"The new villa was enormous, a tall, square Venetian mansion, with faded daffodil-yellow walls, green shutters and a fox-red roof. It stood on a hill overlooking the sea, surrounded by unkempt olive groves and silent orchards of lemon and olive trees...the little walled and sunken garden that ran along one side of the house, it's wrought iron gates scabby with rust, had roses, anemones and geraniums sprawling across the weed-grown paths...there were fifteen acres of garden to explore, a vast new paradise sloping down to the shallow, tepid sea." 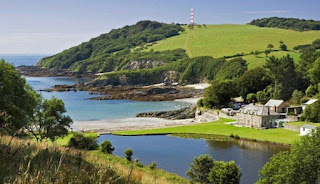 "She would lie out in her garden hour after hour, her hands behind her head, watching the butterflies as they frolicked in the sun...and all the while bright sun shone down upon her, and little mackerel clouds scuddered across the sky, and away in the valley beneath the woods there was the river, the river which she had not found yet, because she was too idle, because there was so much time; one day, quite soon, she would go down to it, early one morning, and stand in the shallows bare-foot and let the water splash upon her, and smell the muddied river smell, pungent and sweet."

Green Island, Australia
A Town like Alice by Neville Shute 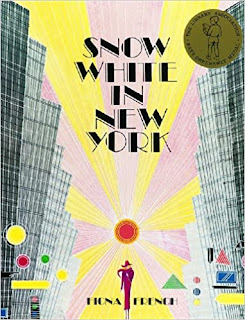 Lennox's converted barn, Scotland
from The Little Shop of Happily Ever After by Jenny Colgan 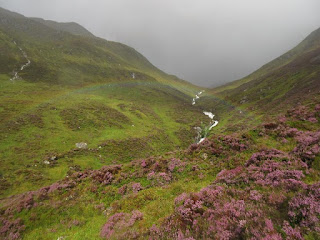 "Someone had installed what looked like big picture windows on the south side of the barn, so you couldn't see the the farmhouse or the road behind...simply what looked like an advertisement for bread: miles of gently rolling hills carved up by lazy stone walls; blobs of sheep, wildflower meadows and a long, low river with a humpbacked bridge over it...the sun, currently out, flooded the place, making her feel like lounging in it...There was a cosy-looking wood-burning stove at one end and a set of swish kitchen units along the back wall. A little spiral staircase led to a small mezzanine with a vast double-bed and a bathroom, which both had huge windows of their own looking over the hillside. Bookshelves lined the walls against the original grey stone."

Highgarden, Westeros
from A Song of Ice and Fire by George R.R Martin

"You must see Highgarden, you'd love it there, I know you would. We have a great masquerade the night of the harvest moon, you should see the costumes, people work on them for months."

Pemberley, Derbyshire
from Pride and Prejudice by Jane Austen

It was a large, handsome, stone building, standing well on rising ground, and backed by a ridge of high woody hills; - and in front, a stream of some natural importance was swelled into a greater, but without any artificial appearance. It's banks were neither formal nor falsely adorned. Elizabeth was delighted. She had never seen a place where nature had done more, or where natural beauty had been so little counteracted by an awkward taste. They were all of them warm in their admiration; and at that moment she felt that to be mistress of Pemberley might be something!

"The singing grew louder as they approached the church. It made Harry's throat constrict, it reminded him so forcibly of Hogwarts, of Peeves bellowing rude versions of carols from inside suits of armour, of the Great Hall's twelve Christmas trees, of Dumbledore wearing a bonnet he had won in a cracker, of Ron in a hand-knitted jumper..."