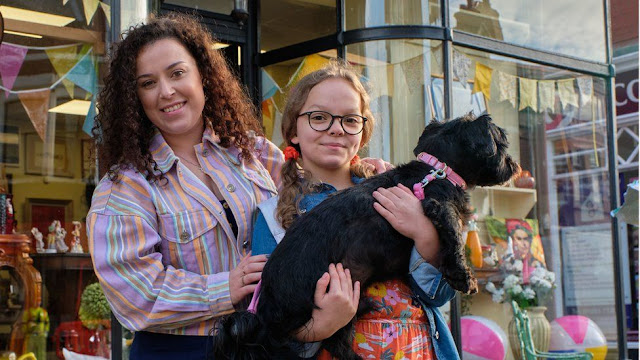 Last week CBBC's ratings got a very much expected boost, when a new three-part series aired based on a 2018 children's novel. The spike was caused primarily by adults - I'd guess, mostly in their mid to late twenties - all tuning in to catch up with a childhood fave, Tracy Beaker. I was very much a Jacqueline Wilson kid. Along with multiple other books by the author I'd read The Story of Tracy Beaker and its sequel, The Dare Game. The original CBBC series was a staple of my childhood and early teens and, as an adult and a library assistant, of course I had issued the new books My Mum Tracy Beaker and its follow up The Beaker Girls straight to my staff ticket (there were no reservations on them, I promise!) So I was among the new grown-up viewers who the laughing presenter made a jokey reference to. But who cares? I wasn't going to miss it - and I needed to see whether a certain person would show up at the end, just like in the book. 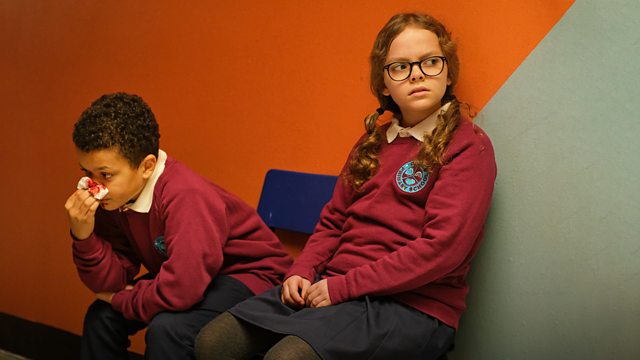 So, was it any good? It's all relative, isn't it. The series was aimed at children and on a children's TV channel. So the production values, scripts and acting were all kids' TV standard. Alright, but hardly going to win any awards. The story seemed to move a mile a minute and I don't know how much you'd enjoy it as an actual child, with no previous exposure to the cult of Tracy Beaker. But - being based on a good book by an award winning author - the basic plot was decent, the characters (I felt) were true to their original counterparts and the returning actors, if not the world's best, know their characters inside out and I actually thought both Dani Harmer (Tracy) and Montanna Thompson (Justine Littlewood) gave great performances. But the main draw, obviously, is the nostalgia factor.

The story is told from the point of view of Jess Beaker, Tracy's ten year old daughter (played by Emma Maggie Davies, who does a good job in the role) who lives with her mum on a council estate. Tracy's a single mum, she works a few jobs to make ends meet (waitress, dog walker and she's written a novel!) but she and Jess are very happy and doing alright. Then Tracy bumps into an old friend - an unfamiliar face for fans of the TV series, but Dare Game fans will recognise the name Football - who is now a recently retired professional footballer and whose relationship with Tracy will turn the Beaker girls' lives upside down. But is that really for the best? 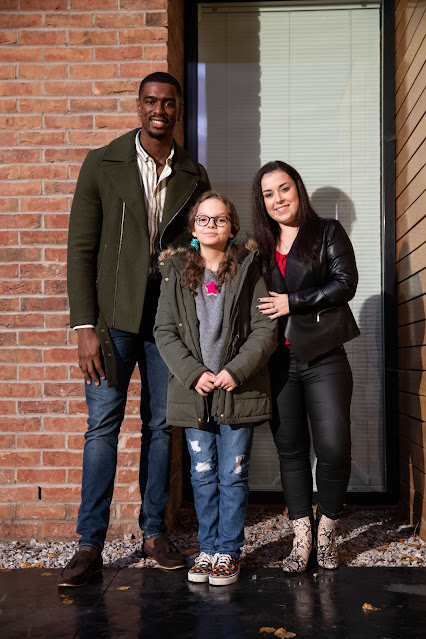 We get to see a few familiar faces from the original show, most notably Cam, Tracey's mum Carly and of course, Justine Littlewood. If they weren't following the book I feel like there would have been more cameos from fan-favourites (Duke, Mike, maybe Crash or Ben?) but the series makers restrained themselves. That was probably sensible, but if I hadn't read the source material I might have felt a bit deprived. The new faces made up for it though, especially Jordan Duvigneau's Football, aka Sean Godfrey (did they mention that was his name? Only like a hundred times) who twitter also thoroughly approved of... Little Jess was a great addition too though and she was realistic as Tracy's daughter. I also really liked Cam's new love interest! 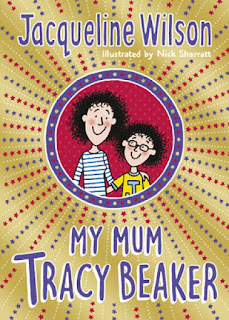 When I first read the book, I was so happy. It was such a good sequel - maybe a little long, but it had just the right balance of callbacks to the earlier books (the mickey mouse alarm clock! The pink Cadillac! Returning characters!) versus a new, properly crafted story that could appeal to new Jacqueline Wilson readers, even if nostalgic adults never picked it up. And I loved the ending. (I was a little bit disappointed that the character who shows up in the final scene of the book wasn't played by the same actor, and I wasn't keen on the replacement casting. But I knew it was a long shot that he'd come back, and it was still cute.)

Some people complained that Tracy hadn't done better for herself, but Jacqueline Wilson never went in for wish fulfilment, and isn't it enough that Tracy as a mum is loving, fun and able to give her daughter the happy family that she had always craved for herself? (As an aside, I never understand the critics asking why Wilson always writes about single mums? Hmm, maybe because she was a single mum, raised by a single mum? That might explain it, don't ya think?) I also loved that Tracy's previous life isn't pushed under the carpet, despite the fact she's now being seen through Jess's eyes. For example, Jess knows that that Tracy hates people to be late, or let her down, because of her experiences with her own mum. And she's lost none of her fire - my favourite scene in the adaptation was when Tracy storms down to the school on the bounce, when she thinks Jess is being bullied. Basically, she's exactly who - if I'd thought about it -  I would have expected Tracy, as a mum, to be. 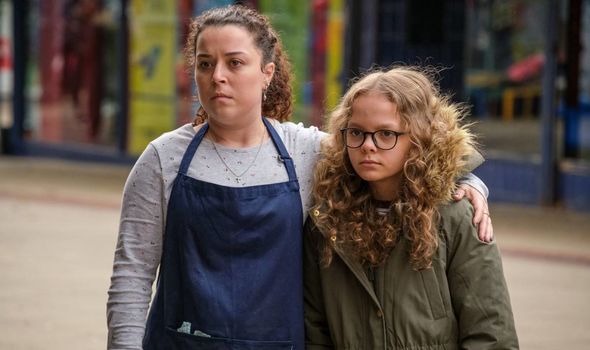 The TV series stuck to the book fairly closely, and they really brought the drama! The cliffhangers at the end of each episode, the romance and the Justine/Tracy beef were all there in spades. I was kind of sad that Tracy and Justine were still at odds - and it's done more subtlety in the book - but I thought the two actresses brought their old sparring chemistry, touched with something more melancholy, and it worked really well. Poor old Justine - but she's so bad! I was also surprised, but pleased, by the small scene between Tracy and Jess that implied depression. I thought it was done realistically, without making a meal out of it. I think it's important to show that to kids, especially in the times we're living in when lots of parents will be struggling with their mental health.

I  also really appreciated that they were brave enough to do the gay romance from the book (no spoilers!) even though it was off canon with the old series. I'm sure it was a lovely surprise for a lot of people, and I know when I read the book it made sense.

Overall, if you were a Tracy Beaker fan back in the day and are kind of curious about My Mum Tracy Beaker, I'd say watch it! It wasn't groundbreaking telly or anything, but as a bit of nostalgia it was loads of fun. It's still on iplayer at time of writing - go watch it!

Were you a Tracy Beaker fan? Did you watch it? What did you think?