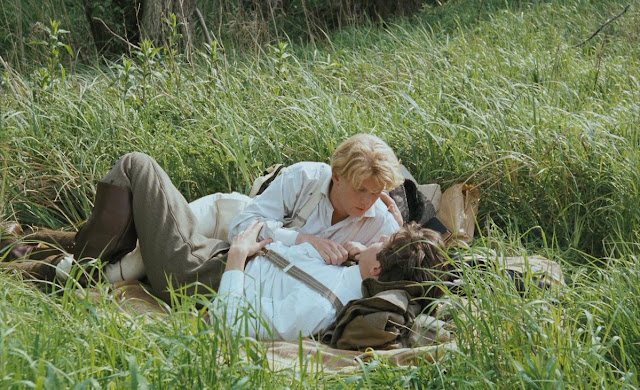 February is LGBT history month in the UK, so the perfect time to review Maurice, E.M Forster’s posthumously published novel - which I just finished! The story of a young, middle-class gay man who falls in love with a university friend at Cambridge, it's a coming of age tale about love, class and what it was to be gay at that time, when there wasn't even a word for it (Maurice describes himself at one point as 'an unspeakable of the Oscar Wilde sort'). Written in 1913-14, with the dedication 'to a happier year', Forster showed the manuscript to certain of his friends but didn't attempt to take it further, leaving instructions for Maurice to be published only after his death. It was released in the seventies, adapted into a film in the eighties, but because of its subject matter the story never enjoyed the same success as Forster's other works. I really liked both Howard's End and A Room with a View, but this was possibly my favourite Forster so far. I love his style of writing anyway (it feels very modern considering the time period) and the way he writes people, but the characters and situations in Maurice felt even more honest and interesting. Maybe because this love story was closer to home for the author, or maybe he felt he had to censor less (in general, not just in the relation to the romance) because he never really expected the book to be read by anyone else. He's sort of writing for himself. 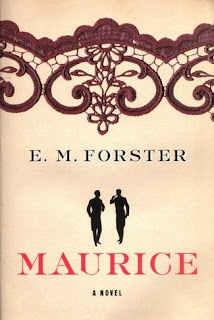 Maurice is a really different character too, and the author says (in his post-script, written in the sixties) that aside from his sexuality, he wanted to make him as unlike himself as possible. He's a bit of a jock, big, good-looking and not very clever, a bit of a snob, a good businessman (he becomes a banker) and just a very average, middle-class Cambridge man of the period. But he's also a hundred percent homosexual, in a time where this was not only against the law, but believed to be an unspeakable sin. Maurice isn't always a very likeable guy, he's not sensitive or brilliant or talented - but he still deserves love. And I was definitely on his side.
"It comes to this then: There always have been people like me and always will be, and generally they have been persecuted." 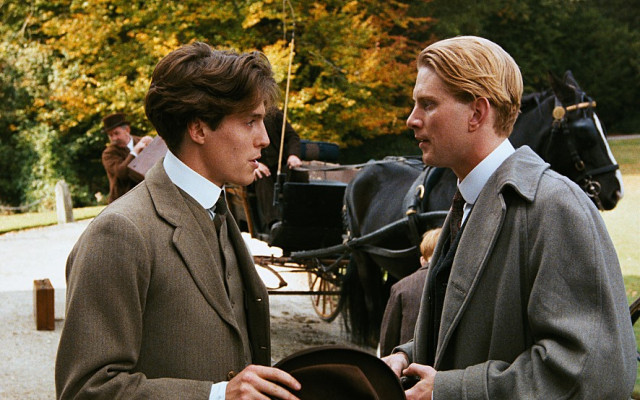 All the Cambridge stuff was a bit difficult to get into at first - lots of slang and talk about philosophy and religion and the Greeks - but I was really interested in the build up of Maurice and Clive's relationship. There are so many extra layers to it, because they're attracted to each other, but Maurice hasn't really admitted to himself that he's gay and he isn't sure if Clive is, and Clive isn't sure how Maurice feels, and Maurice is just so dense that even when the hints are very obvious he's still missing them.
"I know you read the Symposium in the vac," he said, in a low voice.
Maurice felt uneasy.
"Then you understand, without me saying more - "
"How do you mean?"
Durham could not wait. People were all around them, but with eyes that had gone intensely blue, he whispered, "I love you."
I'm not sure how well I understood Clive as a character as it went on. Is he gay? Bi? Asexual but biromantic? Experimenting? Confused? What is his deal? I thought it was interesting though, because although Maurice (and Forster) are just gay, other characters fall at different places on the spectrum. Including a clearly defined bisexual character who comes in towards the end - who I won't mention as it would be a big spoiler!! 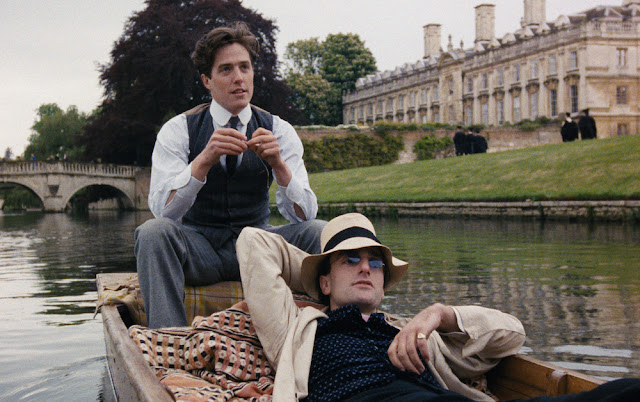 "Did you ever dream you had a friend? Someone to last your whole life, and you his? I suppose such a thing can't really happen outside sleep."
This book is so interesting, as basically it's an own voices gay romance, written over a century ago by one of England's best loved authors. But even if you discount how groundbreaking it is, it's beautifully written, easy to read, has great characters and is just a nice love story. It's very sad in places, there are some bits that made me think 'really?' (that part where he just leans out the window and shouts 'come!' for no apparent reason, and events move from there?) and some of the class stuff can be a bit grating. And yes, maybe the writing's not as polished as some of the author's other novels. The story also doesn't go quite where you expect, but I really liked the ending! If you like classics, or you're interested in LGBT history, I'd definitely give it a go! 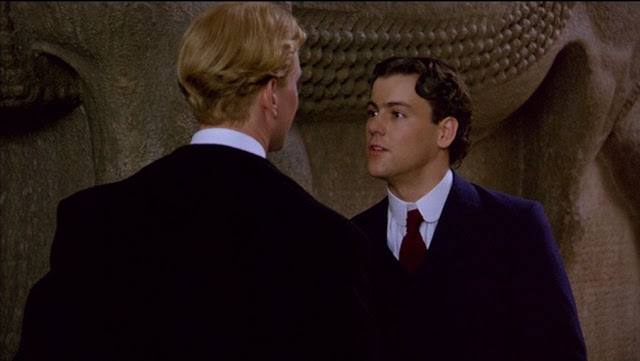 "...and he's mine in a way that shocks you, but why don't you stop being shocked, and attend to your own happiness?"
Oh, and what did I think of the film? I actually saw it before reading the book, and it's good! It looks very beautiful, one of a trilogy of Merchant Ivory films from the eighties, the others being the critically acclaimed Room with a View (with Helena Bonham Carter and Maggie Smith) and Howard's End (with Anthony Hopkins and Emma Thompson.) But it gets a bit forgotten about in comparison. Maurice stars a young Hugh Grant as Clive and Rupert Graves as Scudder (!!!) but I wasn't as keen on the casting of Maurice. I imagined him big and dark-haired and kind of dopey, although James Wilby did a good job. I also thought the film had a much more melancholy feel than the book. A couple of changes that were made, especially to Clive's character and all that stuff they added with Risley, changed the tone quite a lot. I understand why they made the choices they did, but the ending feels more triumphant and happy in the book. I'd say definitely read the book first, but the film's quite a faithful adaptation and worth a watch.

Have you read Maurice? What did you think?