TTT: Five word reviews and best books of the year! 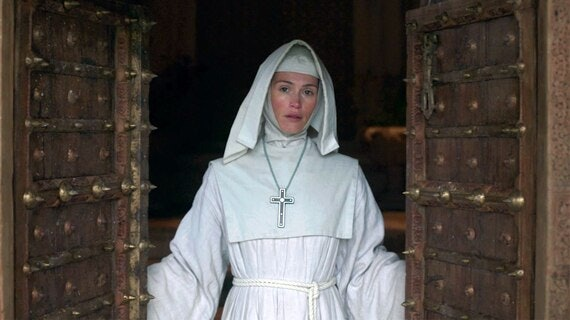 So we're nearly at the end of 2020 - yay! It's obviously not been the best, but I've actually really enjoyed bits of it (definitely can't call it the worst year of my life when in February I was on holiday in Australia) and as always, I've read a lot of good books. I set myself a good-reads challenge for the first time ever and although I failed (42 books out of 50 ain't bad though?) it's nice being able to look back and place each book in the different sections of this weird year. Daisy Jones on Bondai beach! The Wolf Hall trilogy in the garden during that stage of lock-down where you could only go out for one hour a day! Black Narcissus on the meet and greet at work, when we were getting no customers because everyone assumed we were closed! Lord of the Rings at very the beginning of the year, before I'd even really heard of Corona virus... It's been a strange one.

Anyway, below is this week's Top Ten Tuesday (hosted at That Artsy Reader Girl)  -  my best books of 2020. I'm not counting plays or re-reads (or else they would all be on there...) And this is purely based on how much I enjoyed them, not necessarily how good the books are!I don't read a lot of new books really, but I've at least tried not to include re-reads in my top ten. Keep reading for my five word reviews of all the books I've read this year!

My TOP TEN of the Year:

1. The Protector of the Small Quartet by Tamora Pierce 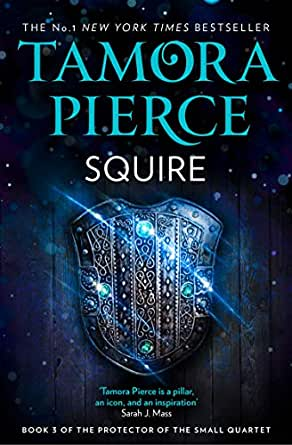 What? A kids/YA fantasy series about a girl who's training to become a lady knight. Part of the Tortall universe.

Why? Kel has currently become my favourite heroine of all time. Some of the characters could do with a bit more fleshing out, and the writing isn't always brilliant. Or is it? Because I couldn't stop reading. I loved every minute. If you like stories about jousting/knights/teenage friendships/school stories/war stories/positive female characters/positive male characters/something to read that'll make you smile and feel comforted, I'd recommend. 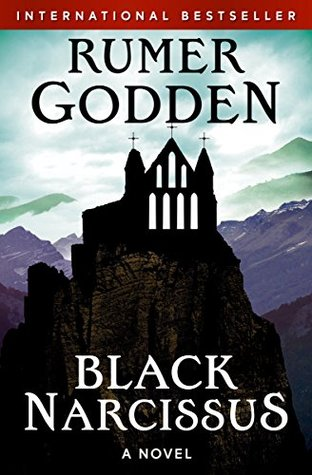 What? A 1930's novel about nuns setting up a school/hospital in the Himalayas, with a creepy atmosphere

Why? Nothing that much actually happens in this book, but it was just really well-written. The writing style and the characters really sucked me in, and the atmosphere was so un-nerving. I had a vague idea what was going to happen, as I'd seen bits of the old Hollywood film, but it still kept me on edge. There's a weird tension that reminded me a bit of The Girl with the Pearl Earring, except it felt more immediate. Definitely an interesting - and very quick - read. I'm loving the TV series at the minute too. 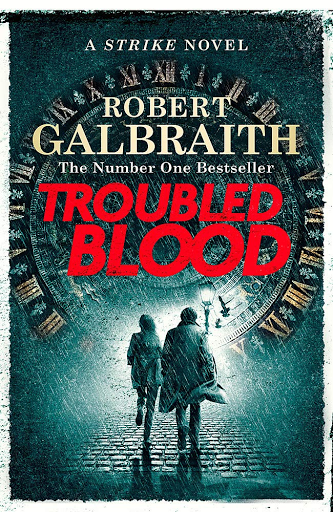 What? The most recent Cormoran Strike detective novel.

Why? (I understand that people have a lot of feelings about this one. I fully disagree with J.K on the trans issue and the way she's been acting on twitter is not okay. But I love the Strike books and decided not to boycott. You can disagree with me on that if you want, I get it. There were no trans characters or anything and the issue wasn't mentioned, so I could disassociate.)

This gripped me from beginning to end. I read it in like three days, which considering the size of it is saying something. I love Strike and Robin, the development of their feelings for each other has felt natural and not forced or like there are contrived barriers in the way. This was one of Galbraith's better plotted mysteries too - the reveal of the killer really blind-sided me but when I looked back at the clues it all seemed so obvious! 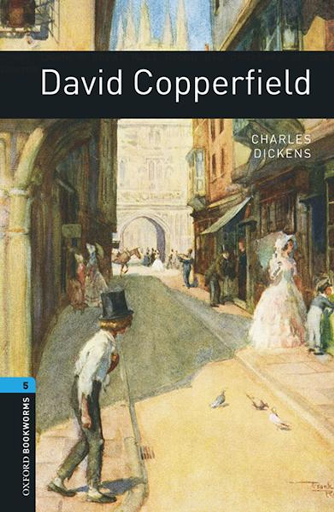 What? Story about a little fatherless boy making his way in the world.

Why? The only Charles Dickens I had read before this was A Christmas Carol - which is very short, unlike David Copperfield. Plus I didn't know the story of this one. But I was really pleasantly surprised. I always thought I wouldn't like Dickens much - too many characters, weird names, under-developed heroines, stuff that was meant to be funny and wasn't - all true to an extent. But I just really enjoyed this book. I got through it fast, despite it's size, it made me laugh, I liked the characters and responded to them all the way I was obviously supposed to. Yeah, I should probably read some more of his.

5. Daisy Jones and the Six by Taylor-Jenkins-Reid 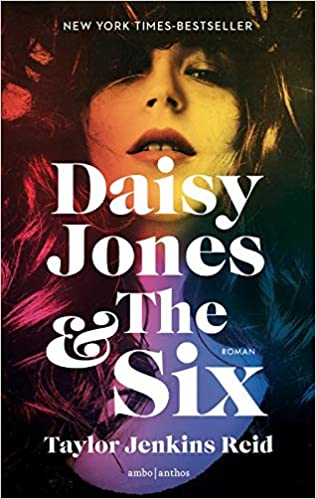 What? Story of the rise and fall of a 1970's rock group, told in a sort of interview style

Why? I really loved the structure of this. It felt just like one of those documentaries with talking heads, where they all sit round and say what it was like to be there, back in the days of the band. It got me involved really fast and the characters felt to true to those sort of archetypes - it didn't really matter that they weren't very developed, because you're seeing them through the lens of the documentary and the other characters, if that makes sense? I love band films, so this was right up my street. I can't wait for them to make a TV series.

6. The Shining by Stephen King 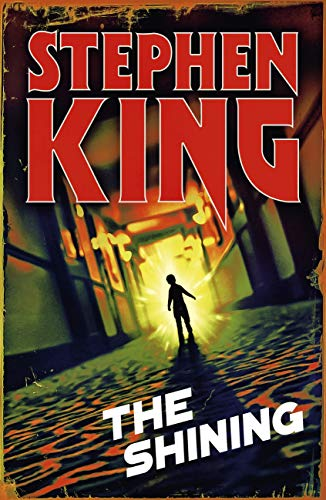 What? Famous scary book about a little boy with a psychic gift and a hotel that does strange things to people.

Why? I can now join the ranks of annoying people who say that The Shining film is rubbish compared to the book. The book, like the only other Stephen King I've read, was probably too long. But really good too. Really atmospheric and his writing style is so easy to get into. Danny, Dick Halloran and the mum are all great characters who the film did a disservice to. 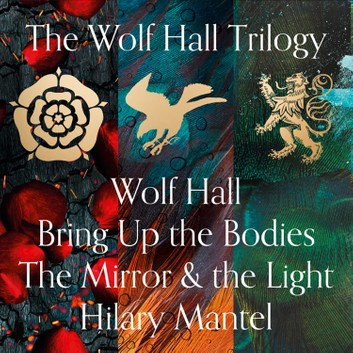 Why? Okay, so I had a love hate thing with these. They are very, very slow moving (at least the first and third books) and literary writing normally makes me want to put a book down. I didn't like a lot of the characterisations either. But, Mantel creates the world so well, without being overly descriptive? The books are slow mainly because we're plodding through Cromwell's life, and surprisingly it's not all that interesting. But at the same time I was engrossed. He, Cromwell (don't get me started on that writer-ly quirk) was fascinating. It was a paradox. On one level it was very boring - on another it was all I wanted to talk and think about. Although, in fairness, that could've been the lock-down effect. (See my full review here) 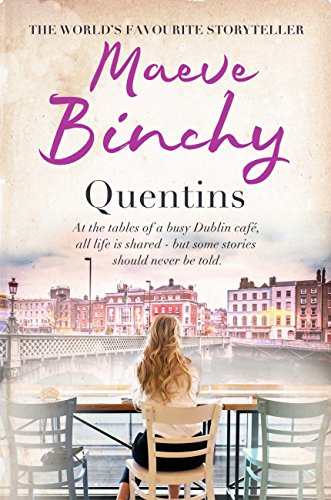 What? Old lady chick -lit set in Ireland. This one is set around the restaurant that appears in a few of the other books.

Why? I love Maeve Binchy and I don't care who knows it. Are they all basically the same? Yes. Are the men mostly scumbags and the women put up with way too much before they break away and set up their own business/find someone nice? Yes. But she's a great writer and I read this massive tome in a day or two and enjoyed every minute.

9. The Flat Share by Beth O'Leary /The Little Shop of Happy Ever After by Jenny Colgan 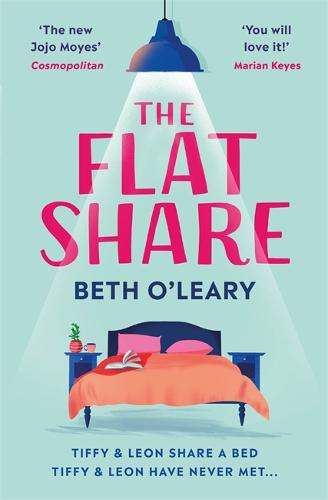 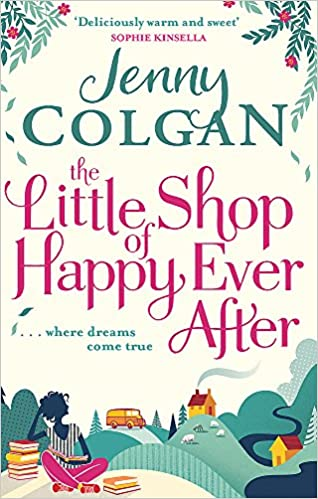 What? Two contemporary romances, one about a girl and a lad who share a London flat, one at night and one in the day, one about a Librarian who sets up a bookshop in Scotland and meets a handsome divorcee...

Why? I don't really read chick-lit - not because I'm opposed to it, and sometimes I just really want something light to read - but I struggle to find books like this where I connect with the characters. Chick-lit girls are usually very London or American, very comfortably off, independent career girls, and they just always seem so much older than me even though we're of an age. And also kind of shallow? I liked Bridget Jones and Sofia Khan though, despite all that, because they still managed to be relate-able and warm. This year I found two more authors whose characters I could get on with. And that meet-cute in Flat Share!!!

What? Story about a family in Scotland: their cat (who is actually a Goddess and has chapters from her point of view) the little girl and the widowed father who has lost his faith and wanted to be a doctor, not a vet. It was made into a Disney film in the sixties, with the kids from Mary Poppins doing accents...

Why? Mostly nostalgia, because I loved the film as a kid and our old cat was named Thomasina after it. It was also well-written, interesting and funny in parts, both unintentionally and on purpose. The Thomasina chapters cracked me up. I liked the romance too, and the character of the dad was interesting - i remember finding him interesting in the film too, which is weird because as a kid you normally don't care much about the grown up characters. Oh, the stuff with the gypsies at the end was pretty awful though.

Would definitely recommend: North and South, read by Juliet Stephenson (listened to bits over lock-down - even though I've read it loads - as they had it free as an audible trial) A Room with A View read by Rebecca Hall, Emma read by Emma Thompson and The Scarlet Pimpernel read by Julian Rhind-Tut. Also Wolf Hall/Bring up the Bodies/The Mirror and the Light read by Ben Miles. The narrator is amazing and definitely helped me through those books. (All on audible) I'm working through All Creatures Great and Small too, read by the guy who plays James in the new adaptation. He does it well! Oh, and Lord of the Rings on Youtube. Look for the Phil Dragrash version with all the music!

And here's my summary of everything I read this year:

The Return of the King by J.R.R Tolkien - Descriptive but exciting. Great re-read.*

My Week with Marilyn by Colin Clark - Interesting, but not always believable...

The Outlaws of Sherwood by Robin McKinley - Loved her depiction of Robin!

Uprooted by Naomi Novak - Hit and miss, but fun.

Thomasina by Paul Gallico - Nostalgic, nice but quite bizarre.

About a Boy by Nick Hornby - Funny, touching, I love it.*

Emma by Jane Austen - Not my fave, still brill.*

Sharpe's Prey by Bernard Cornwell - Standard. That chimney escape though!*

The Family from One End Street by Eve Garnett - Interesting but of it's time.

The Phantom of the Opera by Gaston Leroux - So bizarre it's actually hilarious.

Bring up the Bodies by Hilary Mantel - Faster read than Wolf Hall.

The Shining by Stephen King - Good and scary. Bit long.

The Mirror and the Light by Hilary Mantel - Long, slow, but very involving.

Troubled Blood by Robert Galbraith - Annoying, but well-crafted and gripping.

Permanent Rose by Hilary McKay - So good. Still a favourite.*

A Room with a View by E.M Forster - Lovely. Preferred Howard's End though.

First Test by Tamora Pierce - Should have read these earlier!!!

The Little Shop of Happily Ever After by Jenny Colgan  - Lovely, fluffy easy reading. Fun.

Squire by Tamora Pierce - My favourite of the series.

Lady Knight by Tamora Pierce - A satisfying Finale. Loved it.

Ivanhoe by Sir Walter Scott - Got exciting near the end...

Alanna: The First Adventure by Tamora Pierce - As fun as I remember. *

In the Hand of the Goddess by Tamora Pierce - Ooh, i'd forgotten all this!

What were your best books of this year?