Bit of a random post, but I wrote this for a music themed Top Ten Tuesday a couple of weeks ago and didn't want to waste it! I love a good musical, the oldies as well as the modern stuff, trashy movie musicals as well as Broadway stalwarts. I was trying to think of stories or films I would love to see given the musical treatment, and it was surprisingly easy...

This stage musical is crying out to be a film, especially in our current economic climate, as I think it’d resonate a lot. The story of Liverpool twins separated at birth because their mum already has too many mouths to feed, it would make for a tragic and heart-rending British movie musical. If I was casting now, I’d get Taron Egerton for Edward (can’t you imagine him singing ‘I’m not saying a word’? Gorgeous.) Paul Mescal for Mickey and  Jodie Comer for Linda. Maybe Sheridan Smith as Mrs. Johnson?

Daisy Jones and the Six I think this is going to be a TV series, but I could definitely see it as a Netflix-type movie musical too. The story of the rise to fame of a fictional 70’s rock band, I can’t wait to see the songs put to music! I can imagine really cool costumes too. 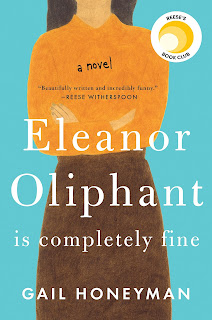 I think Reese Witherspoon has optioned this for a film, but I reckon it would make a decent movie musical too - kind of Sunshine on Leith meets Dumplin’ in tone. Bittersweet but ultimately uplifting, I’d give the songs a bit of a Scottish flavour - have a friendship duet with  Raymond, maybe a fun makeover song with the girls in the shopping centre, a dream sequence-y song about the guy she has a crush on, an emotional ‘slipping through my fingers’ type song in that bit where she goes to visit. Raymond‘s mum... Could be a weepy one. 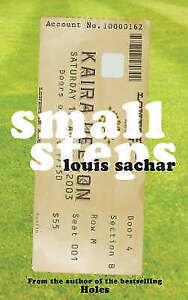 Louis Sachar’s sequel to Holes follows Armpit and his unlikely romance with a teen pop star. There are song lyrics ready to go and the story’s perfect for a fun teen film. But one with a lot of heart, I think. Amandla Stenberg would be great as the female lead, if she’s not getting a bit old for teen roles now.

I went to see an amateur version of the stage musical when I was a kid and loved it! Could see it doing well as a Les Mis style movie musical. I’d put in a couple of extra songs as not all of the score is that memorable, but there are some great tunes in there. I’d release it around Christmas - I can see the trailers now!

I’ve seen the stage show (good!) and the recent TV series (decidedly meh - although it looked great!) But for some reason I can really see this as a musical? The subject matter is dark, but Romeo and Juliet never gets old and when you think about it LOTS of musicals are crushingly sad. The score would have to be epic though.

This is definitely one for the stage. I can see all the colours and the Bollywood style numbers now. I’d go see it! Would probably base it more on the film than on the original novel though. 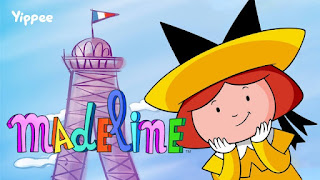 Another one for the stage, I could see this as a proper family musical, like Matilda, or Annie or Mary Poppins. You could have a school-room number, a nuns number, a dormitory song, Miss Clavel would have to get a little solo somewhere - although it’s a shame she’s a nun, or you could’ve given her a romance too. 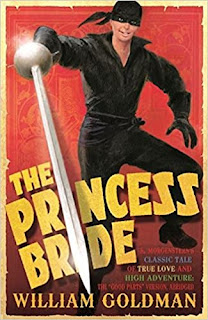 The film is a classic that no-one wants to see re-made - but how about a musical re-imagining for the stage? You could have lots of swashbuckling and comedy songs - and a duet with Westley and Buttercup called ‘as you wish’. I’m thinking it’d be kind of Ella Enchanted-esqe?

Every Christmas I watch a Muppets Christmas Carol, and  the songs are SO GOOD. I reckon they should make a straight stage musical of Christmas Carol, just using the Muppet songs. It would be a great one for amateur groups to do around Christmas time - loads of good chorus numbers and decent parts for a range of actors. I bet it’d be a hit.

What book would you like to see as a musical?