This week's Top Ten Tuesday is a 'thankful' freebie, and since I've recently been discovering Tamora Pierce's Protector of the Small books (Kel is my new idol...) I'm in the mood to celebrate some great girl characters. Adult women, in both film and books, often get a raw deal, but I think strong girl characters have made their presence felt quite strongly in the last century. The girls in this list stand out to me for a lot of different reasons, and I've been inspired by all of them at different times in my life.
Matilda Wormwood

Why I love her: Because she's compassionate, rebellious and fun
Why she's important: Because she's a leader
Matilda is my favourite Roald Dahl book, because she's just the best character. Neither the book or the film are considered 'girly' which, when you think about it, is really unusual for a children's novel with a female lead. When you think Matilda, you think brains, but she's not your typical quiet geeky character. She is relatively quiet, and she is bookish and she's pretty humble about her brilliance. But she's not insecure. She knows who she is, she fights back against grown-ups who misuse their power and she does it with a sense of humour. She inspires respect and liking from her peers and she's interested in the world and the people around her. Even without the brainpower, she'd be someone to admire.
Hermione Granger 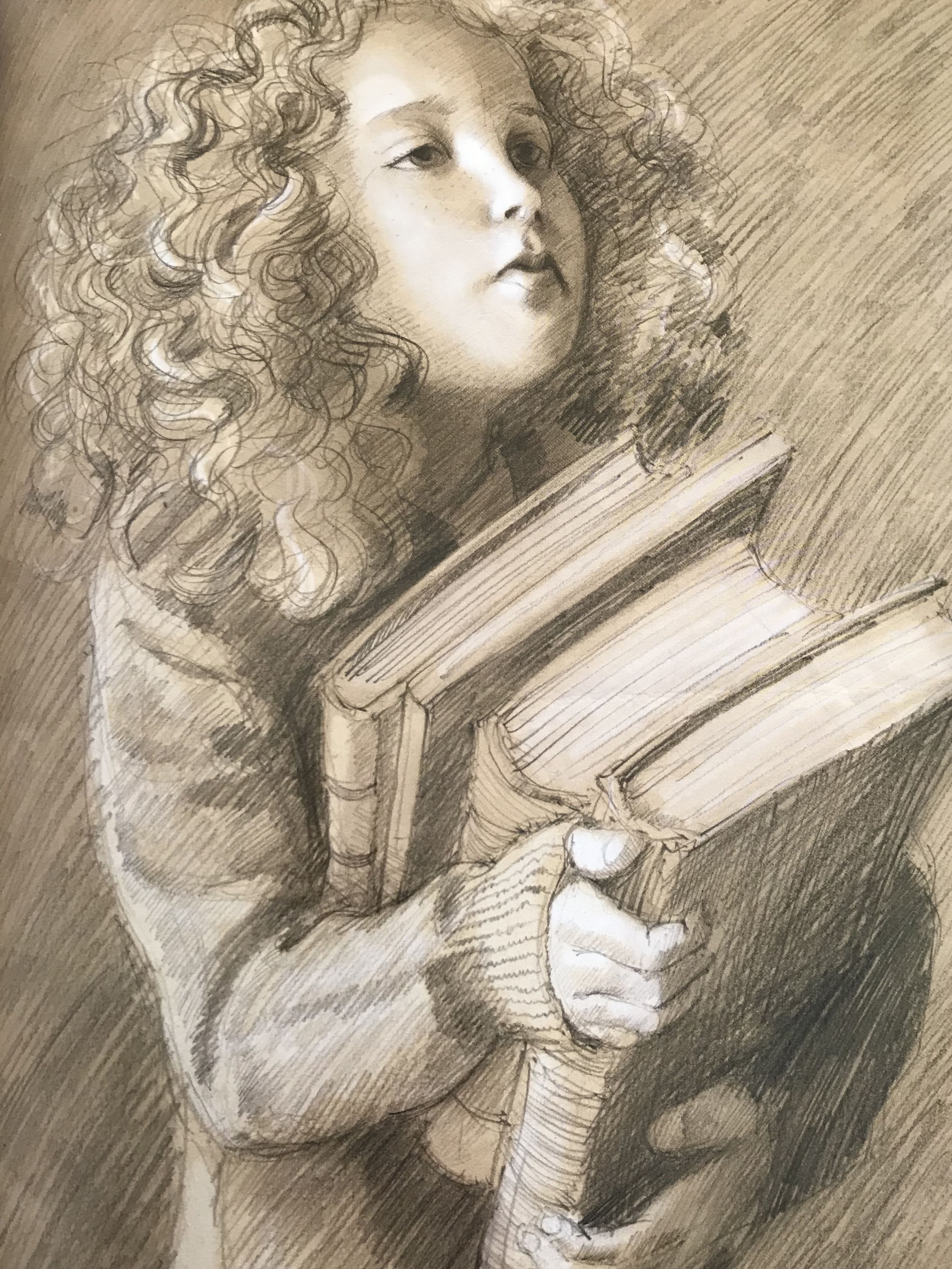 Why I love her: Because she's kind and for her temper
Why she's important: Because she never dumbs herself down or compromises on who she is - and she's the primary female character without being the love interest
Hermione Granger might not be the titular character, but Harry Potter wouldn't have got far without her. She's brave, clever, logical, kind, emotionally intelligent and almost always right about everything. She also nags, she's a know-it-all, she's emotional and law-abiding and she doesn't bother about hair and make-up, she gets stressed, she loses her temper and she never, ever tries to be something she's not. In a lot of books she would magically become a glamourous femme-fatale after her makeover moment at the Yule Ball, but instead she decides it's too much effort for everyday and goes back to normal immediately after. We love her for who she is, and there's never the expectation that she will one day become cool or pretty or stop telling the boys what to do. She's not 'the girl', she's just Hermione.
Keladry of Mindelan
Why I love her: Because she cares and she works bloody hard
Why she's important: Because she's not a chosen one but she commands respect
I read the Alanna books when I was in year seven and my recent read of The Protector of the Small series is only my second foray into the world of Tortall. Kel is wonderful. If Alanna was who I wanted to be at eleven, Keladry is who I want to be now. The girl has so much perseverance and strength and no-nonsense goodness. She's never cringe. She's fighting the patriarchy and winning by sheer persistence and endurance and always doing what feels right. Hers kind of feels like an origin story of a great leader or mentor character, because she doesn't really have any 'chosen one' stuff, she's just good at what she does and she works hard. She's so great.
Saffron Casson
Why I love her: Because she's clever and she embraces it
Why she's important: Because she feels like a misfit - and because of her character development
I'm always raving about the Casson books on here, and out of the four kids I think Caddy is my favourite (or maybe Indigo...) but Saffy is the most interesting. Partly because of the way she changes after the first book, which is kind of her coming of age story. In Saffy's Angel, she discovers that she's actually a cousin, not a sister (this is in the first few pages, so not a spoiler) and that makes her feel a bit apart from the rest of the family. She's a bit more prickly, more insecure and teenage than the other siblings. By the end of the first book though, she's found a real best friend, she's come to terms with her place in the family and so in the later books, where she's more of a peripheral character, she's such a strong, fierce presence because she's confident and secure in who she is now. She still has her moments, but I like that too - she still feels like the same Saffy, just a Saffy who's fully embraced who she is.
Rosie (and Peony) 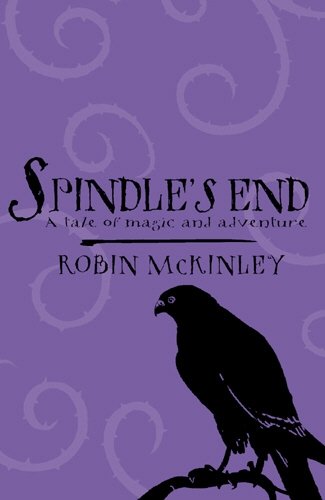 Why I love them: Because they're like real girls you might actually meet, not fairy-tale princesses
Why they're important: Because theirs is a positive and well drawn female friendship
I've only read a few Robin McKinley books, but the two I read in my teens - Beauty and Spindle's End - really stuck with me, mostly because of their female protagonists. Rosie is the Briar Rose figure in the Sleeping Beauty myth: a princess who thinks she's a village girl, gifted with beautiful golden hair, long eyelashes and magical ability at embroidery. Shame, then, that she's a square, practical tomboy with no time for any of these things. Peony is the only other girl of her age in the village, and much more of a typical Princess, and I love the way their friendship eventually happens, and then develops. Both girls are likeable and shown to be of value, despite being very different. Rosie's the heroine (and honestly, the better developed character) but the fact that she's 'not like other girls' isn't used as a device to disparage the Peony types.
The Fossils 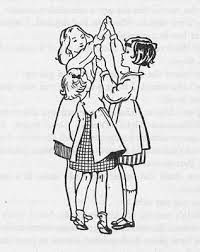 Why I love them: Because they're conscientious (Pauline) funny (Posy) and relateable (mostly Petrova)
Why they're important: Because they're flawed and ambitious children/teenagers who worry about money and their futures
Ballet Shoes seems like it should fit the mould of girly children’s classics, but it kind of doesn’t? And I think that’s because of the three heroines. I like Sara Crewe and Anne Shirley and Pollyanna and Katy Carr, but they’re all of a type. The Fossils are less...heroine-like? They spend less time being plucky and playing the glad game, than they do moaning about being poor and worrying about their futures and where their next pay cheque is coming from. (And I love Posy but she’s kind of awful.) They’re not always likeable but they’re relatable, and a bit more human.
Tracy Beaker

Why I love her: Because she's creative and funny, and has a big heart
Why she's important: Because she's difficult
Tracy Beaker is probably Jacqueline Wilson's most famous heroine, but she's also quite different from the majority of them. I love the shy, bookish types too (and was definitely always team Garnet over Ruby) but Tracy is neither of these things. A kid in care, always waiting for her Mum to come and take her away from 'the dumping ground', she's got 'behavioural problems', she's loud and kicks off a lot, she makes stuff up - in short, she's 'difficult.' But underneath all that she's bright and creative and has a lot to give. Despite the fact that the most annoying thing your mum could say to you back in the day (when the TV series was first shown) was 'who do you think you are, Tracy Beaker?" (as you stormed off up the stairs and slammed the door to your room) she's actually a good role model, in her way.
Starr Carter 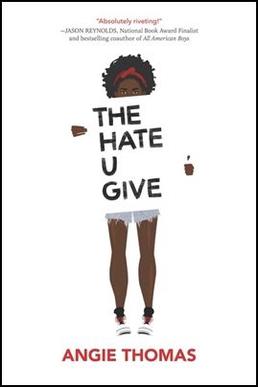 Why I love her: Because she's brave and she stands up for what she believes in
Why she's important: Because she's a 'nice girl' from a poor community
The Hate U Give was a real surprise to me, because I was expecting it to be bleak. But it was warm, and so were the characters. Often books starring characters from poor backgrounds are very heavy on the grit and fail to make the characters feel like real people we know and love. But the author here is from a community like Starr's and she's created a character who I'm guessing is a bit like her - who's angry about injustice and lives with discrimination, but also was a normal teenager who liked Harry Potter, did well at school and had a close loving family. Stories of marginalised characters can be both hard-hitting as well as hopeful, and relate-able (as this book proved) and I would love to see more working class characters like Starr - own voices characters, who are allowed to be more than a stereotype.
Ella of Frell
Why I love her: Because she's such a rebel
Why she's important: Because Char loves her for her sense of humour
I only read Ella Enchanted a few years ago, but it's one I'm sad I missed when I was younger. One of the things that really struck me about book Ella (film Ella is a slightly different kettle of fish) is that she's so much fun - and that's what makes Prince Char fall in love with her. It seems to be a truth universally acknowledged that 'boys don't like girls for funniness' so it's nice to see this trope shot down. She makes him laugh and makes him think, and he's kind and steady and responsible. It's a really nice and very equal relationship.
Aravis Tarkheena 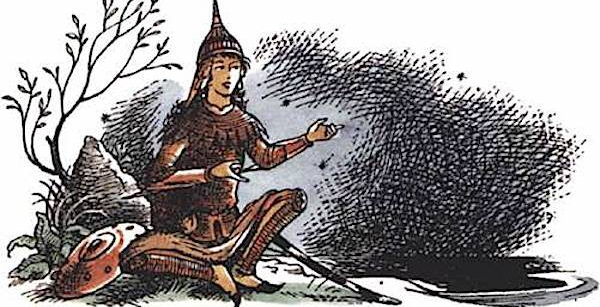 Why I love her: I kind of...don't? I like her, but I don't think she'd give me the time of day
Why she's important: Because she's an alpha
Aravis is the second child character in C.S Lewis's The Horse and his Boy (one of my favourites of the Narnia novels) and in real life, you'd call her a 'big character.' Most girls in fiction, heroines in particular, are either the retiring, gentle kind, or they're 'feisty', or occasionally they're quirky or weird or difficult. Aravis fits none of these really. She's a good person, brave and clever, but she's also spoiled and assertive and confident and often very patronising to Shasta (who is a commoner to her princess, and doesn't have any of her natural self-assuredness.) In real life you meet girls like this as often as you meet with the traditional heroine kind - it's just they tend not to become writers. And I think she's refreshing. C.S Lewis was definitely kind of sexist - but he still writes girl characters pretty well.
Who are your favourite girl heroines?
Labels: Children's books Feminism girls Lists Top Ten Tuesday. TTT