Rebecca: Which version is best? 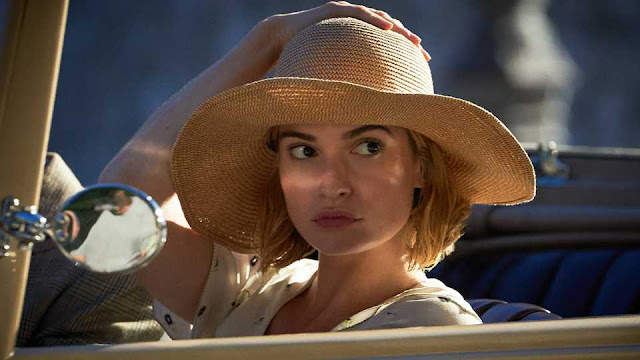 Recently I watched the much anticipated (by me, anyway) Rebecca on Netflix. Based on Daphne du Maurier's most famous novel, it was always going to be compared to the classic Alfred Hitchcock film, but classics are always ripe for adapting and re-making and the fans will watch them again, if only just to rip the new versions apart when they don't measure up. I thought the new version was okay - there were things I liked and things I didn't. But which adaptation is the best and most faithful to the book? The old film, the new, or the mostly forgotten 1990's tv series in between? 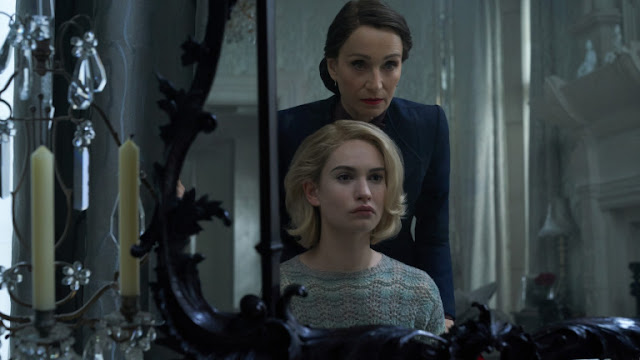 PROS: Sam Riley as Jack Favell, Keeley Hawes as Beatrice, the lovely clothes - and it's in colour!

CONS: Lacking in atmosphere, they messed around with the ending, Armie Hammer was miscast.

The new film was a fairly faithful re-telling of the story, Lily James made a decent Mrs. De Winter despite looking much too glam (the costume department out-did itself) and the early scenes in monte carlo were done well - although the scenes on the beach felt a bit out of place. The pacing was okay and I even quite liked the yellow suit. But...it was just a bit flat. I never felt the drama in either reveal - the first time (in the hut on the beach) because the acting wasn't great and the second time (with the doctor) because they’d already sort of given us the answer in that stupid bit where she’s running around stealing files. I understand that they were trying to give the character more agency, but it was just badly executed. Kristen Scott Thomas is always brilliant, but I didn’t really like what they did with Mrs.Danvers either. I don’t want to feel sorry for her! Nobody asked for that. Honestly though, I think Armie Hammer was the biggest problem. I’ve liked him in other stuff, but Maxim has to be a big presence and he just didn’t bring the needed charisma. Sam Riley, on the other hand, was great as Jack! 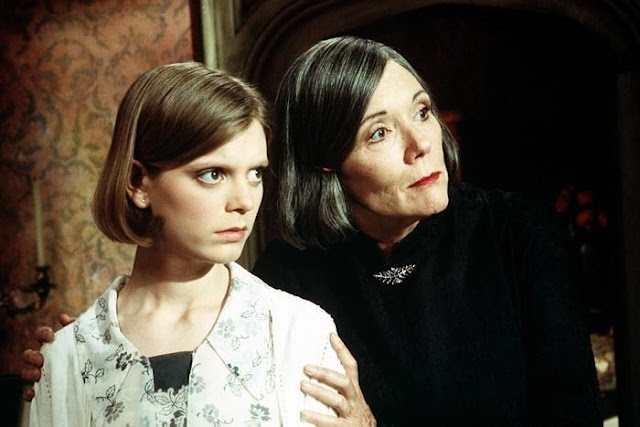 PROS: Very faithful to the book and great casting, especially Diana Rigg as Mrs. Danvers and Charles Dance and Emilia Fox as the two leads.  They got the balance right in regards to romance/thriller, I think.

CONS: The pacing isn’t great after the Monte Carlo bit, it looks a bit dated because production values weren’t great for TV then. Also, the age gap is big enough to make it a bit uncomfortable... although, that’s true to the book.

This was the first version of Rebecca I saw and the one that encouraged me to read the original - so I’m a bit biased in its favour. Especially since I’ve never been able to picture anyone else as Maxim. Emilia Fox is perfect for the heroine too, playing shy much more convincingly than either Lily James or Joan Fontaine (a lot of hunched shoulders were involved with both - did I miss the memo that being shy turns you into some sort of Igor figure?) I thought that sticking to the book’s twist (and not toning it down like in the old film) was brave - but to be honest, I think this version is a bit too faithful all round. It’s a bit slow and I reckon they could have condensed  it into one less episode. Diana Rigg, as always, is also a bit of a scene stealer here. 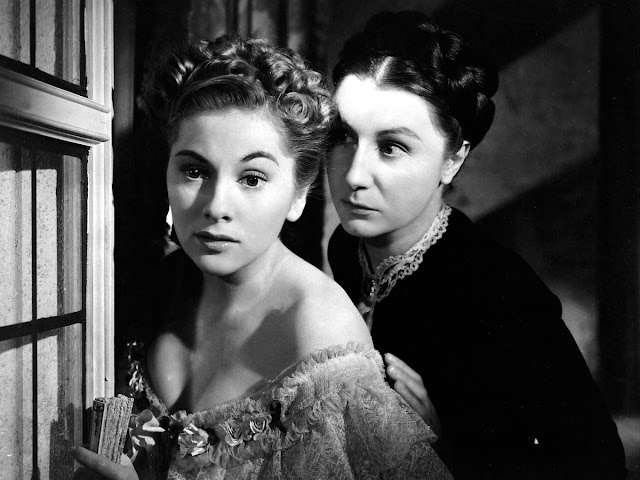 PROS: As a film in itself, it’s a classic. Great atmosphere, acting, pacing, cinematography etc. Pretty faithful to the book too.

CONS: They chickened out a bit when it came to the first big reveal. And it’s got that hammy old-style acting and OTT music. But you’ve just got to embrace that.

Classics are classics for a reason and it’s quite difficult to fault Hitchcock’s version of Rebecca. Joan Fontaine is obviously much too beautiful to be playing the heroine (as she was to play Jane Eyre) and Laurence Olivier gets on my nerves as a rule, but I actually quite liked him in this. It’s definitely played for the atmosphere, and the black and white all helps with that. This Mrs. Danvers is great too. So many of the scenes are really iconic. Did they wimp out when it came to telling us what happened to Rebecca? Yes. But it doesn’t really alter the story too much so it kind of works.

Which version is your favourite?