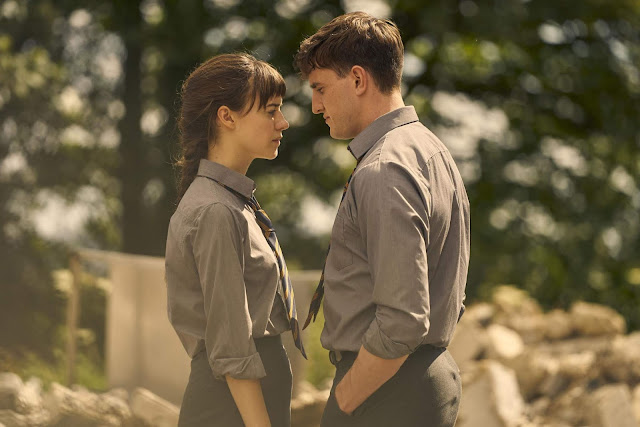 I binge watched the entire series of BBC Three's Normal People the day after it was released. I had liked the book, but I wasn't a massive fan or anything. The TV series was brilliant though - it stuck very close to the novel and captured the characters and the story so well.

Normal People has been called the 'first great millennial love story' and I think part of the reason that the book is so loved is because it's very much 'of our time.' Author Sally Rooney was just twenty seven when it was published, and so it's not an older person trying to recreate a young person's experience either. It feels genuine. Normal People tells the story of Marianne and Connell, two teenagers from a small town in Ireland, and follows their on/off relationship through sixth-form and then university in Dublin. The writing style is a bit different: it's in the present tense, and there's a lot of 'she goes to the kettle, turns it on, waits for it to boil'  type of description. I liked it, it really puts you in the moment - but I could also see how it could get annoying.

(aside: Good book, but isn't the cover design horrible? Just me?)


Personally, I liked, but I didn't love the book. I read it very quickly and I can appreciate that it was good. Although the characters could be called un-likeable, they felt so real and well drawn. I related (probably more to Connell than to Marianne - and I loved Connell's mum) and I was fond of them. But the book was downbeat. There were a lot of emotions and not a lot of humour, so it was kind of draining. I also thought the last third wasn't as good as the rest of it. It meandered a bit. 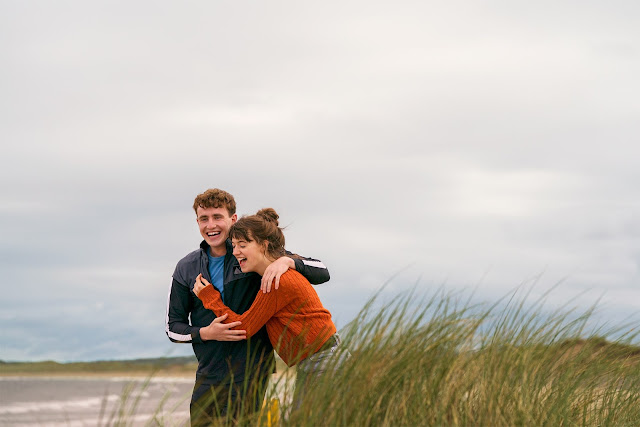 As it's quite an internal book, I wasn't sure how Normal People would translate to screen - but I actually thought it worked better as TV. It was very faithful to the source material (with only very minor plot points missed, or curtailed and a couple of things done in a slightly different order, I think?) there were long scenes with lots of talking, subtle misunderstandings and silences - but somehow it all worked. The direction, the writing (Sally Rooney worked on the script with screenwriters Alice Birch and Mark O'Rowe) it all came together beautifully. The music was good too. The series was broken up into twelve half hour episodes instead of six hour long chunks, and I thought that was the perfect format. The story is quite episodic anyway and the half hour episodes made me want to keep watching the next one, while not overwhelming my emotions too much in one go.  The acting from the two leads (Paul Mescal and Daisy Edgar-Jones) really made it though - and all the bit part players were well cast too. I especially liked Karen (the red-headed girl from school) and Joanna (Marianne's friend from Trinity.) There's been a lot of talk about the sex scenes, and no, you wouldn't want to watch them with your mum. But I agree with the critics - they were really well done.


I'd recommend both the book and the series - but especially the series. Like the book, it goes to some weird places, but the acting and writing are great, and it'll have your emotions all over the place. Oh, and someone needs to invite me to their Italian villa, please?