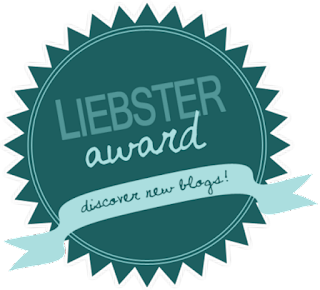 Thanks Jess (at Jessticulates) for nominating me for a liebster award! Not least, because I'm self-isolating and it gives me something to do. (I'm on day three of fourteen, and have already resorted to learning Lilo and Stitch songs in Hawaiian...)

Here are the rules:

Here are my answers to Jess's questions:

1. You're marrying the main character of the last novel you read - who are you marrying and what do you think your married life will be like?

The last novel I finished was a re-read of Love Lessons by Jacqueline Wilson, which I picked up in work and was sucked into against my will. It reminded me how re-reading a well written book at a different stage in your life can occasionally blow your mind. When I read Love Lessons as a teenager, I thought 'Rax' the art teacher, was just a nice guy making bad decisions. As an adult I would categorise him as an actual paedophile. She's (quite a young) fourteen and you're married with two kids! Sort your life out! Normally I'd say Jacqueline Wilson can do no wrong, but she slipped up with this one. Anyway, to answer the question, my life as Mrs. Raxberry would be short lived, as I would be straight down the police station to grass him up.

2. Which three figures from history would you invite over to dinner?

I'm almost 100% certain that Richard III didn't kill those kids, but I'd like to get his side of the story first hand to reassure myself. Then probably Jane Austen and young Elvis?

It doesn't offend me.

5. Do you like listening to music while you read?

Nope. How are you supposed to concentrate?

6. You've been asked to write a re-telling of one of Jane Austen's novels. Which novel do you choose and how are you going to re-tell it?

Maybe a modern day Mansfield Park, where she's a foster kid? Or Pride and Prejudice from Wickham's point of view might be fun.

It surprised me, but Return of the King. I got really into the series this time around. My favourite new-to-me read, so far, is The Outlaws of Sherwood by Robin McKinley. Honestly, I can't say it was a great book overall, but I really loved her characterisation of Robin. Daisy Jones was good too.

I'm a library assistant, so yes! Perks of the job = no fines. I read more widely now because I'm always coming across random stuff when I'm shelving, but I never buy books anymore because it seems like a waste of money. I just stick myself on the res list instead.

9. You've been invited to go and live with the Fae. Will you be joining the Seelie or Unseelie court?

I had to google this, but the Seelie. They're the nice ones right? I've never actually read anything about the Fae, but as a kid I was obsessed with a made-for-TV cartoon called Faeries that was on one Christmas. Nellie and George and Princess Brigid? Anyone remember that? 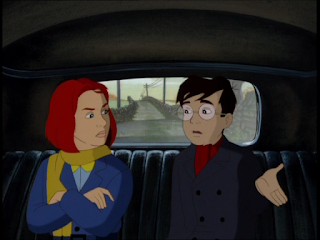 I wanted to read The Testaments by Margaret Atwood, but it's not about Offred, is it? So I'm not sure if I can be bothered. I'd like to try On the Come Up too, because I liked The Hate U Give.

11. What are you planning to read next?

I still need to finish Uprooted, and I'm listening to the audiobook of The Scarlet Pimpernel, which is a lot of fun. And then I want to try Shadow Dancer by Tom Bradby - which is a thriller set during the Troubles in Northern Ireland, and written by an itv newsreader - so I'm curious!

Here are my questions:

1. Which book have you re-read the most and why?
2. Which Hogwarts house would you put yourself in?
3. What is your favourite fictional friendship?
4. If you could bring back one TV show/series what would it be?
5. Which historical figure would you like to read a book about?
6. Who was the last fictional character you fell in love with?
7. What's your go-to karaoke song?
8. Which Disney princess/character was your childhood favourite?
9. Listening to any good podcasts lately?
10. Have you read any Charles Dickens and do you have any recommendations? (I feel like it's time I read one.)
11. Any fun websites you like to waste time on?

I nominate:  Livia, Laura, Lydia, AJ, Samantha - and anyone else who feels like answering :)