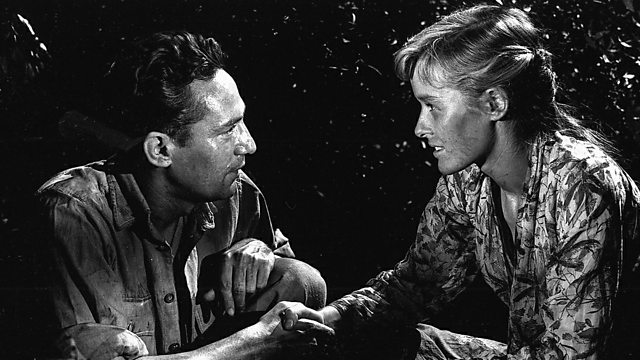 A Town like Alice, by Neville Shute, is a weird sort of book, but a great read and one of my favourites. Set across three continents with two distinctly different parts to the story, it's a tricky one to bring to the screen. But I've finally watched the old black and white film (1956) and I actually thought it was a really successful adaptation. 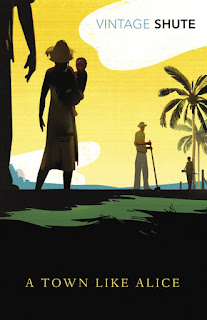 A Town like Alice is the story of Jean Paget, an English girl who is working as a typist in Malaysia during WW2 when the Japanese invade.  Taken prisoner with a group of other women and children, but miles from the nearest prison camp, the women are forced to walk from place to place, attended by Japanese guards  but with no real plan for where they will settle. It's a survival story, a wartime drama, and this main section of the story is gripping and immediate. It's well paced, the characters are well drawn, the romance is subtle and believable and for a novel written in the 1950's (with the war so recent) the Japanese soldiers are very sensitively depicted. Some of the language used to describe them is problematic, but they aren't all stereotypes and villains. I found the story-line with the sergeant really touching. The Malaysian people, too, are treated with great respect by the author. And I loved the women. Jean is a great heroine - tough, sensible, kind and human. And the others in the group, a mix of ages and types, are dealt with fairly, I think. It's a very female-orientated story, and in film terms, it definitely passes the bechdel test. The middle section of the book, is, I think, a bit of a masterpiece. It's a story that goes to dark places, it's grown up and nuanced and exciting. The rest of the book - well it gets a bit more complicated. 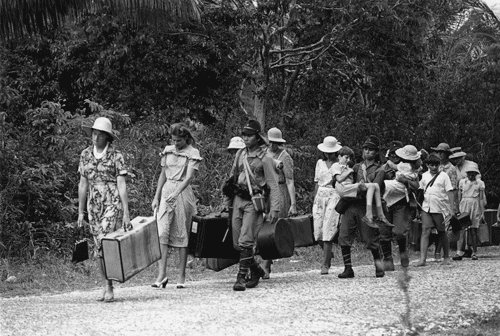 The story begins in London, using a framing device and a narrator, Jean's elderly lawyer Noel. She has come into some money, and he meets with her to go over the details. She has an idea what she wants to do with her inheritance and tells him about her time in the war in order to explain her decision. Noel is a sweet character, and I get why Shute perhaps felt he'd be able to tell the story better from his point of view, rather than from that of a young woman. But it doesn't always work. You've got to get through a couple of chapters of Noel and Jean in London, and a bit of legal waffle, before we get to the good stuff (but once you're in, you're right in) and sometimes the narrator's voice cuts into the story, which threw me a bit.

The second part of the story is set in both London and Australia, and I don't want to give any spoilers. But it's a more slow moving, everyday sort of story - a real contrast to the beginning. I really enjoy the second half, but I can see how some people, after all the excitement of the wartime section, might lose interest. On my recent re-read, I was getting frustrated towards the end, and I've decided it could have been a good three chapters shorter. The other problem is the attitude towards the Aborigines. It's definitely problematic, and I struggle to understand how despite the (surprising for the period) total absence of racism in regards to the Japanese and the Malaysians, the Aboriginal people are put in a different category. I want to be able to say 'it's of it's time' but there's no excuse for it. The characters don't come across as racist, just ignorant - but the writer lets himself down here. 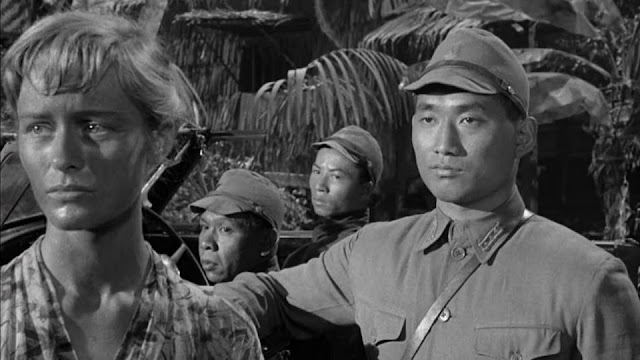 I think this is probably part of the reason the second half is not fully explored in the film. They also cut out the majority of stuff with the lawyer, beginning instead with a brief scene in London, followed by Jean revisiting the village in Malaysia, and then flashing back. The ending was a little bit rushed, and added in just enough to wrap the story up. However, the wartime section of the story is rendered very faithfully, although it cuts when it needs to. I thought the screenplay was great, and that the film was very well directed, as far as I could see. They managed to inject a bit of humour, and the pace was good. I liked the casting too, especially of Joe, and it's good to see a film of that period not just cast a load of white people in Asian roles (see: The King and I). I thought the child actors were also pretty impressive. My only issue was Jean. She did a good job when she was playing the character as written in the book, but she got too hysterical. Jean never gets hysterical, that's a huge part of her character - she's holding it together for everyone else. Watching the film, I kept shouting at her to pull herself together. And don't get me started on the faint.

A Town like Alice is gripping, romantic and a bit different, with one of my favourite ever female characters as it's heroine. It has a slow start, an odd structure and some problematic elements but it's worth a read. The film is a really good adaptation and a good film in itself, too. It's a shame it doesn't tell the whole story, but I can see why, and you can always read that bit in the book.