(Written for the Discussion Challenge)

Jane Austen is brushed off by some, as a little woman writing about women's concerns. But as a chronicler of human nature she can't be beaten, which, for me, is why she remains so relevant. I did a post a while back on how well she wrote f***boys (read it here) and this time I'm spotlighting her female villains, all of whom are a variation of the frenemy - or fake friend. Female villainy is always more subtle, and I think every woman reading Jane Austen will see something they recognise in the Caroline Bingleys and the Lucy Steeles. She writes the mean girls as well as she writes the nice ones.

"She was sure her dearest, sweetest Catherine would not refuse such a trifling request to a friend who loved her so dearly."

Isabella is a lifesaver when Catherine Moreland first comes to Bath, but as soon as she has a boy to play with - oh look, the bestie gets put on the backburner. Everything she says is just talk and she'll always put herself first. Whether it's throwing over her fiancé when someone richer shows an interest, or convincing Catherine she's been stood up, so that she'll make up the numbers on a day out. She's shallow as a puddle but pretty harmless once you've got the measure of her.

"How very ill Eliza Bennet looks this morning, Mr. Darcy!" she cried... "She has grown so brown and coarse! Louisa and I were agreeing that we should not have known her again."

Fake friend style: The two-faced bitch. Super friendly when you're in the room and runs you down as soon as you leave it. Also a big fan of the back-handed compliment.

I've read comments from men who say they don't understand Caroline Bingley's character. What's to understand? She wants Darcy for herself and so continually slags off her 'rival' in front of him. I love the irony of the speech where she condemns women who "seek to recommend themselves to the other sex by undervaluing their own", describing herself more accurately than she does Lizzie. Despite her superficially friendly attitude, she never really makes a secret of the fact that she hates Elizabeth, but with Jane she's much more two faced. She makes a favourite of her in Hertfordshire society, where she sees her as the most viable option, but then helps persuade her brother to dump her and is cold and unfriendly when Jane calls on her in London. 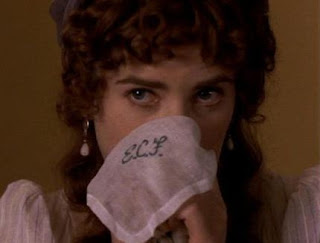 "Edward's love for me," said Lucy, "has been pretty well put to the test, by our long, very long absence since we were first engaged...I can safely say that he has never gave me one moment of alarm on that account, from the first."

Fake friend style: Keep your enemies close. This girl sees you as a threat. She might not like you, but she wants you controllable. You're my friend now! So you'd never go after that boy I like/that job role/be friends with that person. Would you?

Lucy Steele is a character I really love to hate. She knows there's something between Edward and Elinor (obviously, he is also at fault here) so she lets Elinor into her confidence, both to warn her off and so she can continually gloat and lord it over her. She's petty and vindictive, but she's not stupid. And as a character she's a lot of fun - but also very believable.
﻿ 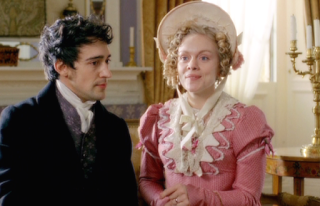 "The quarter of an hour quite convinced her that Mrs. Elton was a vain woman, extremely well satisfied with herself and thinking of her own importance; that she meant to shine and be very superior."

Fake friend style: The improver. She may not know or care anything about you, but she thinks she knows what's best for you and she's going to push it, even when you tell her no. Because she's enjoying herself and it's her opinion that matters.

You could compare this to Emma and her relationship with Harriet Smith, but the difference is Emma is actually fond of Harriet (and she realises the error of her ways) whereas Jane Fairfax is purely someone Mrs. Elton thinks she can push about, who gives her a sense of control. Her charitable, helpful efforts she believes will set her up as a bigwig in the village, and a rival to Emma. Jane's her pawn and she doesn't really make an effort to listen or genuinely befriend her at all. 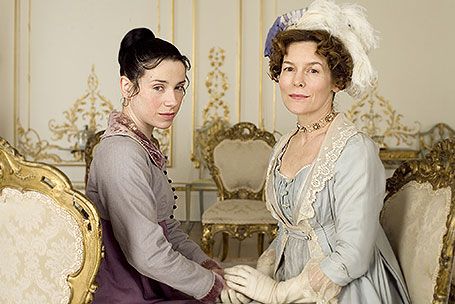 "It might yet have been possible to withstand her father's ill-will[...] but Lady Russell, whom she had always loved and relied on, could not, with such steadiness of opinion, and such tenderness of manner , be continually advising her in vain."

Fake friend style: The most dangerous. Not a fake friend at all, but a real friend who 's giving you bad advice. They've actually got your best interests at heart (or they think they have) so you're more likely to do what they think best. But however well they know you, you know yourself better.

Lady Russell is easy to dislike (especially if you look at things from Captain Wentworth's perspective) but she's not a bad person - just a snob and too ready to wield her influence. She genuinely cares about Anne and thinks she deserves the best - but her idea of what's best isn't always right. And her meddling causes more hurt than those with worse intentions (like Anne's family) could have. It can be harder to stand up to your friends.

"That is a very foolish trick, Fanny, to be idling away all the evening upon a sofa. Why cannot you sit here, and employ yourself as we do? [...] You should learn to think of other people"

Fake friend style:  The one who should know better. That older person in your life - be it teacher, family member, boss - who dislikes you and lets you know it, under a cover of 'you need to work on yourself.' Don't let her get to you. She's just a bully, but she'll suck all the life out of you if you let her.

Mrs. Norris is the nastiest piece of work in all Jane Austen, in my opinion. But you could easily make excuses for her - especially if she was a real person and not just on the page. She never does anything you could pinpoint as outright cruel, and yet she is, constantly. She dislikes Fanny Price because she's of 'low birth', an interloper in the family and because she's quiet and not like her. Yet, not content only for Fanny to be neglected and taken advantage of, she actively singles her out and puts her down whenever possible. It's worse because she has no-one (except Edmund when he's around) to stick up for her - she's an easy target.