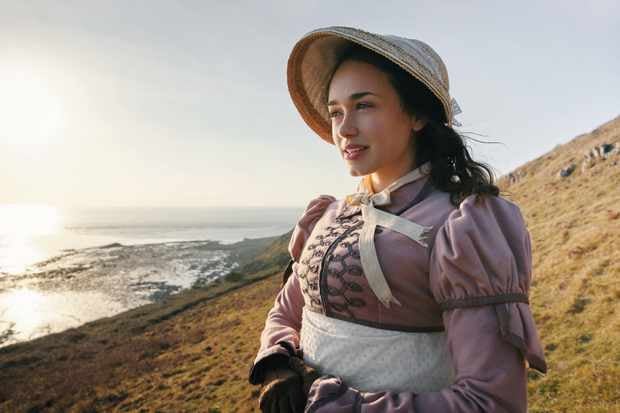 Andrew Davies's adaptation of Jane Austen's unfinished novel Sanditon went out on ITV recently and the reviews were...not good. Davies primarily does adaptations - he's already done loads of Jane Austen, and he's one of the best at what he does. Pride and Prejudice 1995, Northanger Abbey, the Kate Beckinsdale Emma, the 2008 Sense and Sensibility - Les Miserables, War and Peace, Little Dorrit - all great. But this wasn't really an adaptation. There are only a few chapters of Sanditon - we've got the set up and the characters, but no real plot as yet. So basically he's just made it all up. And the result was...interesting.

I've actually really enjoyed watching Sanditon over the last few weeks. The acting and cast were all pretty good, it made me laugh a lot (not always intentionally) and it looks lovely - but Jane Austen it is not. If you can't imagine Jane Austen ever writing the line "when I didn't know a prick from a pencil", then you'll know what I mean. 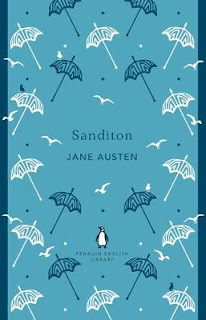 I picked up a copy of Sanditon, to read the original - or what there is of it - and it was actually really good. An unfinished story is always going to be annoying, but this was really annoying. I wanted to keep reading - we'd just had a taster of the primary characters and only heard about others. Jane Austen had begun work on the novel during the months before her death, but had she ever finished it, I honestly think it would've been as good as her others. But different! It's set later, after the battle of Waterloo, and it's peacetime. It's set in a seaside town, her characters are a different sort of circle than in her previous books, and it feels more modern.

The story starts with a carriage being overturned on the road, and it's inhabitants, Mr. and Mrs Parker meeting with the heroine, twenty-two year old Charlotte Heywood and her family. Mr. Parker's passion is the seaside resort of Sanditon, and he invites Charlotte to return with them - and so her adventure begins. My favourite character was Lady Denham, a twice widowed seventy-year old whose heirs are clamouring for her favour, and who is actually mean with money. Jane Austen, like in Emma, lets her characters talk a lot, so you get the gist of their personalities without any other comment. And I knew exactly the sort of person Lady Denham was. Sir Edward Denham's introduction was fun too - he's basically a man who's read too many trashy novels and decided he's got all the equipment to be a rake and a seducer. Clara Brereton, Lady Denham's dependant niece, is his object. 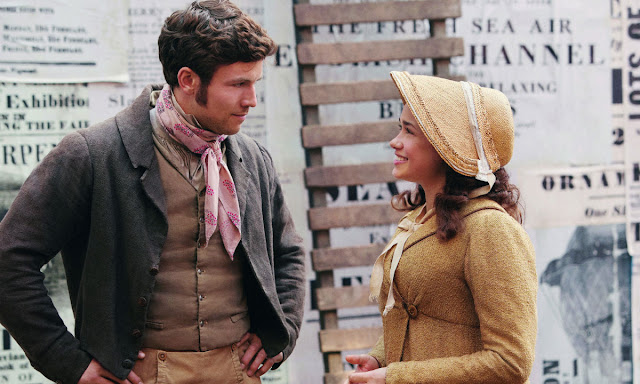 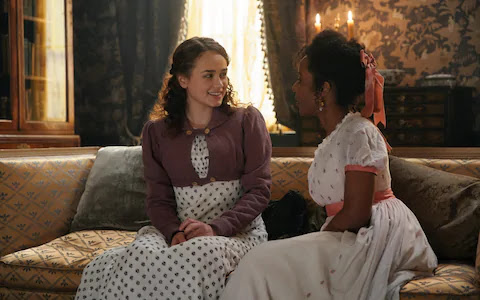 The characters we don't know yet were equally as interesting. Sidney Parker - who Andrew Davies guessed to be the love interest, and I think he was right - comes through quite clearly as a character in the way his brother talks about him, and he sounds sort of cynical and dry - although the one meeting Charlotte has with him doesn't give much away. Then there's Miss Lambe - a West Indian heiress travelling with two other girls and a schoolmistress type - described as "chilly and tender" and mixed-race. It would've been so interesting to see what Jane Austen's first non-white character would've been like, so far she's talked about in the same way as any other young heiress come to the area, her money more of a talking point than her race. 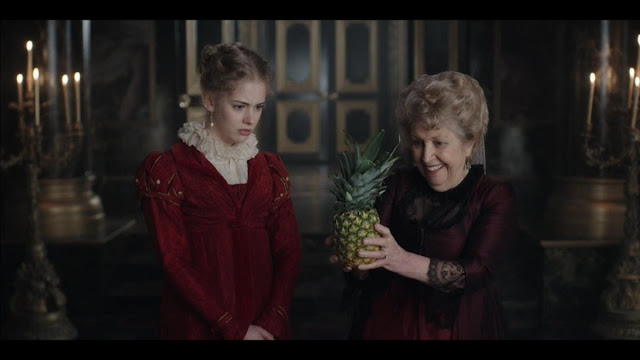 Andrew Davies took Jane Austen's characters and ran with them - but not necessarily in ways that I think the author would have. There's a weird incest-y thing going on between Edward and Miss Denham (although turns out they're step brother and sister, not full) Clara isn't exactly sweet and innocent (although I feel like she might have turned out to be different than she appeared in the book too) Miss Lambe turns out to be Sidney's ward (why?) and a love triangle is introduced for Charlotte with the creation of lovely Mr. Stringer the foreman - who everyone who watched it liked miles better than Sidney. The problem with Sidney was, he was very beautiful to look at but he was just a moody bastard basically. He seemed to be ruder than Mr. Darcy, while not really having any of his positive qualities. And he and Charlotte never talked about anything meaningful. Young Stringer on the other hand... they made him much too suitable. 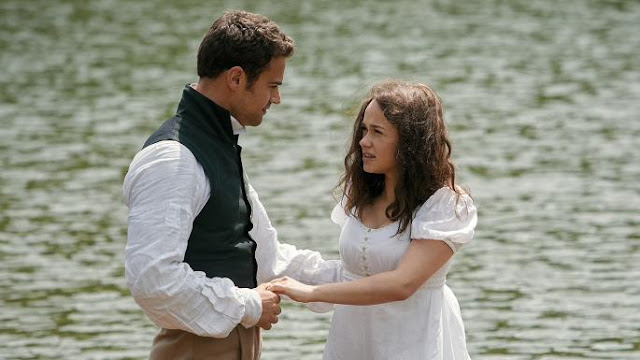 The series also featured a mad episode where Charlotte ran off to London, a very weird dinner scene with a pineapple, lots of puns that were way too on the nose, quite a lot of male nudity (sea bathing, obviously) Miss Lambe starting off as a main character but being gradually forgotten about, a cricket match on the beach, too many close ups (weird direction choices) some questionable wallpaper (in the Denham's house) a sex scene in the middle of a marble floor with a giant snake design on it, and an ending that was very different to any Jane Austen I've ever read and leaves us in no doubt that Andrew Davies is angling for a second series.

There was plenty I liked though. I liked Rose Williams (Reign) as Charlotte, despite reviews describing her as a bit bland, I didn't think so. I loved all her reactions.  Anne Reid was a brilliant Lady Denham, and I quite enjoyed rooting for young Stringer and getting annoyed at Sidney. The story-line with Miss Denham actually took a really interesting turn, and by the end she was the character I was most invested in. Strange, since in the first two episodes it seemed like she couldn't really act, but she got better as she went on.  Mark Stanley (Game of Thrones, Broken, Little Women) as Lord Babbington, is also an actor I love to watch. He's not a big name yet but I hope he will be. You really pay attention when he's on screen, and not because he's nice looking. He's just a good actor I think! It was also nice seeing a period drama that wasn't entirely white - but I actually think Miss Lambe would've been more central in Jane Austen's story.


Overall, I'd say give Sanditon a go - but go in prepared. You know that the book'll be frustrating as it cuts off so early. But the series has it's frustrations too. I thought it slowed down a lot in the middle, and lost it's way a bit, but it had lots of Jane Austen-y elements, pretty costumes, pretty men and fun sequences. It was kind of terrible, but in an enjoyable way. Oh, and don't hold out hopes for the ending.

Have you watched or read Sanditon? What did you think?