This weeks TTT (hosted at That Artsy Reader Girl) is focused on settings you'd like to see more of (or at all) and it looked like a fun one. I've gone quite broad with this one but its got me thinking! 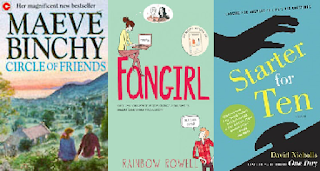 I love Circle of Friends and I want to try Fangirl, but I do wonder why there are so many books about high school, and so few about university? J.K Rowling (and before her, legions of authors writing about posh English kids) discovered that boarding schools totally work as a concept - no parents in the way for a start - and children inhale those books. University's the same except your characters are (just) adults and they have a lot of freedom and free time.

I just wish we got more books set in the North in general but the city on my doorstep is still my favourite in the world, and we need more books set here! And not just those historical weepies about un-married pregnant girls trying to keep out of the workhouse. Something modern, and fun.

I always think the Celtic nations need more recognition in fiction. Everyone loves Outlander but we could still use more Scottish historical novels. And I loved Eleanor Oliphant and Fox Girl and the White Gazelle as modern examples! I liked How Green was my Valley and Sharon Penman's Welsh trilogy and but aside from those I've barely seen Wales mentioned in a book. And of course you've got your Maeve Binchys and your Celia Aherns, but I'd like to see more of Ireland too - especially historical fiction. And then there's Cornwall and the Isle of Man too I suppose. And Brittany!

The 60's is a fun setting because it almost feels like the start of the modern age - with TV and teenagers and decent music and mini-skirts  (and my parents were born.) It was a time of social change. It's definitely an interesting time period and I love the clothes. 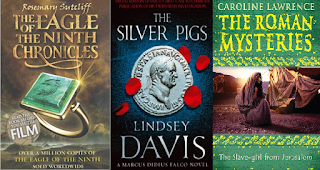 I loved Roman Mysteries and The Eagle of the Ninth as a teen, and those Falco mysteries (like hard-bolied detective stories set in Ancient Rome) look fun. But the Roman Empire was huge! Where's all the historical fiction set in Gaul and Germania and Britannia and Greece? And Egypt and Alexandria and all those places. I'm sure there's lots of it, but there's a wealth to be explored there.

I've not read a lot of new adult, but all the adult chick lit I've dipped into seems to be about big city career girls or middle-class women with the kind of lives and problems that aren't necessarily that relate-able to young people from more ordinary backgrounds - especially those just out of school or uni with no career yet to speak of. Where're the Bridget Jones's who work in shops or care-homes or hospitality? And I mean fun, chick-lit - not 'gritty' issue books. I liked Love, Rosie - and Me Before You had a go, even if it came across kind of patronising.

Bit of a weird one because I hated Gatsby. But I once had an idea to write a Twelve Dancing Princesses re-telling about the chorus girls in a speakeasy - someone gets murdered and the police inspector is like the soldier from the fairy-tale investigating the mystery. Then I realised that crime writing sounds too much like hard work. I'd read it though!

Modern day
- but not the UK or the US 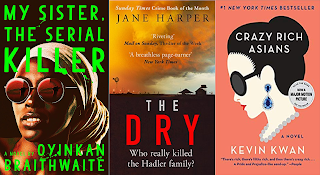 I just finished My Sister the Serial Killer and loved it - but one of the things that made it interesting was the setting (Nigeria). The author, Oyinkan Braithwaite, created the world so well and the book just felt really fresh for being set somewhere different.

One of my favourite books is Funny Girl by Nick Hornby, which I partly love because there's loads of stuff about writing, and collaborative writing, and TV! I'd definitely read more books about that world. It's all the behind the scenes sort of stuff that I find really interesting. I loved The Hour (TV thriller set around a 1960's news programme) and that Much Ado About Nothing Shakespeare retold (TV rom-com set in a news room) and Smash! (series set around the creation of a new musical) and would definitely read books with similar settings.


In a school
- but about the teachers

Have there been any books like this? There must have been! Like school stories but about the teachers, all their romances and friendships and cliques.


What settings would you like to see more of?