I had an "I'm so old" moment the other day, when me and a work colleague got onto the subject of Jacqueline Wilson. We both loved her, she was our childhood, etc, etc. But then we started mentioning specific books and I felt ready to have a full on quarter-life crisis right there. While I was all prepared to wax lyrical about Tracy Beaker and Double Act and The Illustrated Mum, she was all My Sister Jodie and Candyfloss. We did have some crossover, but it made me realise (other than the fact that I AM SO OLD) just how special Jacqueline Wilson's books are, how prolific she is and how much time they span. The little kids coming up now will have their own favourites (me and a mum about my own age bonded over Vicky Angel at the counter once while her eight year old rolled her eyes and checked out Clover Moon and Katy) and although she's now moved on to historical stories in a big way, she's still got that ability to make a kid feel like they're understood and an adult to remember what it felt like to be a kid.

So, for nostalgia's sake, here are a few of my best remembered Jacqueline Wilson books for Top Ten Tuesday - maybe not favourite, because her best writing is more likely to find you crying in a corner than feeling warm and cosy - but some of the ones that really stuck with me. 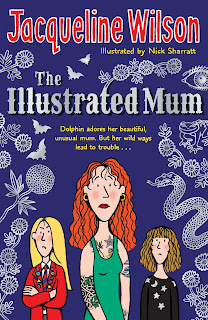 This is one that reads completely differently depending what age you are when you read it, and - as with all Jacqueline Wilson books I think - you don't really realise what stark situations the kids are in until you read it as an adult. The story of a manic depressive mother and her two daughters, Star and Dolphin, it's one of the best of her heavier books. There was a decent TV version years ago (with a young Holliday Grainger as Star) but I don't think her books translate well to screen really - they come across much bleaker. 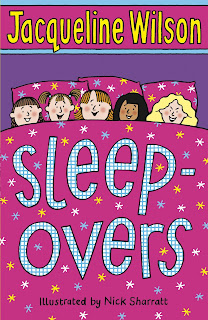 This was one of her books for younger readers but I liked it because it was quite a 'happy one'. This was the one where the main girl has a disabled older sister and is worried about inviting her friends round for a sleepover because she doesn't want the mean girl of the group (who is so believably hate-able) to make fun of her. This was a cosier one because Daisy had a nice family, not a troubled one, and nasty Chloe got her just desserts which was so satisfying. 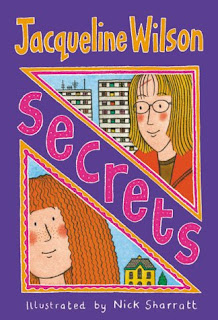 I think Secrets was my favourite, although I don't know if it's one of her best. This one focuses on two girls, posh, geeky India with her horrible mum and dad who becomes friends with Treasure, who has moved in with her nan on a rough estate to escape her mum's abusive boyfriend. There's a weird Anne Frank plot-line and altogether it's one of the stranger ones, but I liked both the girls a lot in this one, and I loved Treasure's nan. 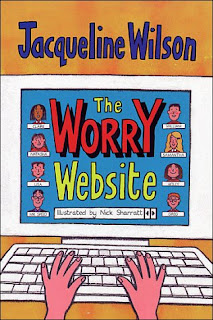 This is sort of an anthology one, and I remember it best probably because I had a signed copy that I lent to a boy in my year 6 class and never got back. It had a chapter from the point of view of each child in one class, which was really interesting because you realised that maybe the kids you thought had no problems actually had their own stuff to deal with too. And one of the chapters in there was by a child competition winner - it was so good, and so sad. I wonder if that girl ever became a writer? 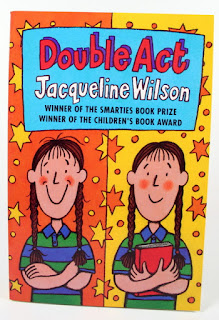 This was the first Jacqueline Wilson book I ever read, so it's got a special place in my heart for that reason. But on reflection, I'm not sure how much I like it really? The story of twins, Ruby (the loud, dramatic one) and Garnet (the gentle, geeky one) I loved Garnet and I hated Ruby with a fiery passion, while at the same time feeling devastated when the twins started to act as less of a pair. I loved the way it was written by both twins, with Garnet's bits in italics. 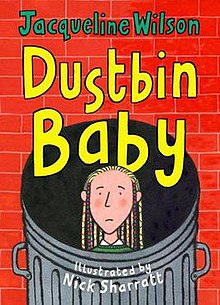 This is one of her teen books and not for the faint-hearted, because it's relentlessly sad and there's a lot of dark stuff in there. But the ending is happy and I actually think it's one of her best. April was left in a dustbin as a baby and is now fourteen and in foster care. The book goes back over her life in the care system - a brief stint being adopted, time in different care homes and schools and with different foster carers. It's an eye-opening book and feels very true, I think. I loved that Tanya from Bad Girls made an appearance (she should write about her as an adult, I'd read it!) and there was a TV version a while ago that was actually really good. 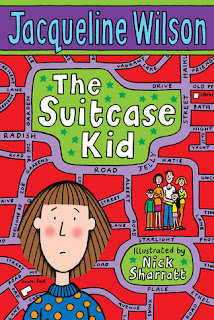 This is the one with the girl whose parents get divorced and she ends up living a week at her mum's with her new family and a week at her dad's with his. This is one of the hard to read ones, again, because Andy has such a hard time and no real sanctuary (until she makes a friend at school.) There are some terrible parents in Jacqueline Wilson books, but not many are cruel - you just realise how much misunderstanding and lack of attention can make a kid's life hell.

The Story of Tracy Beaker 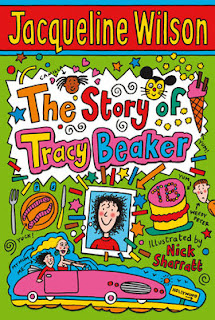 The TV series of this is the best Jacqueline Wilson adaptation out there, and Dani Harmer was perfect for Tracy. But the book's great too. So many of her characters are quiet and bookish, which obviously is relate-able for a lot of kids reading her books - but Tracy is different and we still love her. Having a difficult, damaged, not always likeable heroine was a brave thing to do for a kid's book, but it's true for a lot of kids who've had a hard time and the first person perspective means you like her from the off - creative, funny, vulnerable and with lots to give. I read 'My Mum Tracy Beaker' last year too, and it was very nostalgic and clever. If you read the original definitely give it a go. 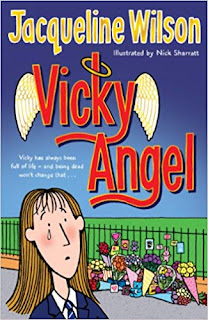 My predominant reading memory of Vicky Angel involves sitting in my room in a cloud of despair for a few hours together until I finished it and emerged with red eyes and relief that my life was nothing like a Jacqueline Wilson book. This one was about a quiet girl with a brilliant, overbearing best friend who dies. But Vicky doesn't leave her, and sort of hangs about, influencing her decisions and making her life miserable basically, until the heroine gradually makes new friends and gets her own life and feels able to break out from Vicky's shadow. It's a book about grief, which I didn't fully understand when I read it first, I think I was a bit young. But it was powerful and sad (with a hopeful ending) nonetheless. 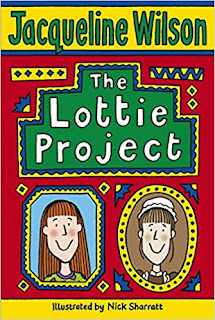 Another one with an outgoing rather than a shy, bookish heroine, Charlie's story runs parallel with a diary she's writing for a school project, about a Victorian servant of her own age. This was one of my favourites, and I used to re-read it a lot - but just the diary extracts, which makes me think that I'd have devoured all these historical books of hers if they'd been out when I was little. The diary and the modern plot-line are interwoven really cleverly though, the stories sort of mirroring each other. I think it's one of her cleverest.

Were you a Jacqueline Wilson kid? Which were your favourites?