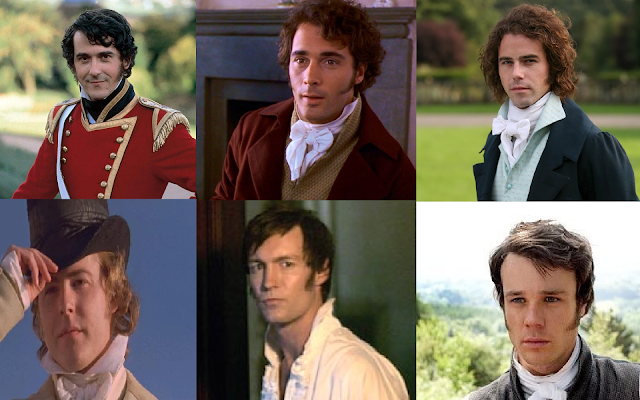 Jane Austen is often spoken about in the same breath as romance, 'gentlemen' and the supposedly enviable manners and etiquette of the society in which she lived. But when you read the books, there's actually nothing very enviable in the way most of the men act. A lot like nowadays really - or so you would think if, like me, you've been watching a lot of Love Island recently...

For every Mr. Darcy (who is also very far from the perfect man) there's a Wickham, for every lovely Mr. Tilney, there's an equally charming and much snake-ier Tilney endeavouring to break some girl's heart while his nice brother turns a blind eye. Jane Austen writes bad boys so well, because you can always understand why the girls fall for them, even if you can see they're bad news (or can you? Henry Crawford's still got a lot of fans on his team.) Our generation might lament that there are no gentlemen any more, but Jane Austen taught me that your common garden f***boy is not a new phenomenon. And she clearly knew one or two (I'm willing to bet that Tom Lefroy was more of a Willoughby than a Darcy, myself.) Here's a run down of her best villains, and just what makes them so  ̶a̶t̶t̶r̶a̶c̶t̶i̶v̶e̶  contemptible.

"But he told you that he loved you?"
"Yes - no - never - absolutely. It was every day implied but never professedly declared. Sometimes I thought it had been - but it never was."

Charm offensive: Gets on with your family, seems to share your interests, good bants.
Memorable f***boy moment: Writing Marianne that cold, cold letter. Also seducing a fifteen year old and leaving her high and dry.

Willoughby is the absolute worst of the lot, in my opinion. Yes, we all feel a bit sorry for him when he's standing on that hill at the end of the film, watching 'the one who got away' marry another - but he brought it all on himself. He literally got a teenager pregnant, dumped his dream woman so his rich relatives wouldn't cut him off, and then tried to make out like it was all in Marianne's head. Oh, and later he blamed the new wife and bad-mouthed her to Elinor. But he still looked better in the rain than Colonel Brandon.

"- He has used everybody ill - and they are all delighted to forgive him. He is a fortunate man indeed!"

Charm offensive: Good flirting game, great at presents, he brings the party.
Memorable f***boy moment: His behaviour at Box hill, and to Jane in general.

Frank gets off so lightly. He treats Jane so badly when she loves him so much. He's seemingly her only hope of happiness (God forbid she should have to get a job) and yet he still tortures her needlessly - all that flirting with Emma is so unnecessary. Plus he could have hurt Emma too. Oh, and he neglects his poor dad. But, he's so charming, and it is kind of romantic when he buys the piano - if also totally stupid and thoughtless.

She had been used before to feel that he could not be always quite sincere, but now she saw insincerity in everything.

Charm offensive: Acting all smooth and sensible, getting in with your friends and family.
Memorable f***boy moment: Seducing Mrs Clay while courting Anne - to make doubly sure he got the money.

Mr Elliot is the only one of Austen's bad boys who is actually not at all attractive. The reserved, cool, calculating thing is in a very different style to Wickham and Willoughby's lively charm - but you can still kind of see why Anne is almost swayed. He's clever and appears sensible and pleasant and just a decent human being. Shame he's actually such a creep. When I first read Persuasion I thought he was just going to turn out to be a nice guy who needed letting down gently, but his level of scheming is on another level. There's something more threatening about him than the others too - you get the feeling that if he had got the girl he really would have made her very unhappy.

"He simpers and smirks, and makes love to us all."


Charm offensive: Good craic, makes you feel special, slags off the people you hate.
Memorable f***boy moment: Still trying the same old lines with Elizabeth after the Lydia fiasco. Bad-mouthing his ex (Georgianna) to his new girl, seducing a fifteen year old and attempting to leave her high and dry.

Is it bad that I still love Wickham? He is just so shameless. So he tried to run off with lovely, shy Georgiana for her money. He tried to do the same to Miss King and he had no regrets whatsoever about almost ruining Lydia's life. He slanders Darcy all over town, manipulates everyone he meets, he's a gambler, a womanizer, cheats people out of money, and when the truth comes out you can see just how thin his charming veneer was. But... yeah there's no excuse for still liking him. I do love the bit where he comes back to Longbourne though. 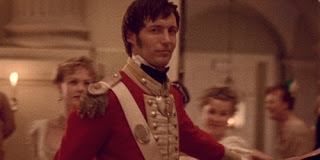 "Then you do not suppose he ever really cared about her?"
"I am persuaded that he never did."
"And only made believe to do so for mischief's sake?"
Henry Bowed his assent.

Charm offensive: Regimentals, mystery and shamless-ness.
Memorable f***boy moment: Going after the engaged Isabella - then dropping her the minute she breaks it off with her fiancee.

Frederick Tilney is your standard regency rake, and seemingly the only one of his father's children to have inherited that unpleasant streak. His siblings' attitudes towards him seem to be an eye-roll and a "you know what he's like" but he really is a piece of work. Isabella doesn't take much chasing, and maybe he hurts her pride and her reputation rather than her heart - but still.

"I never was so long in company with a girl in my life - trying to entertain her - and succeed so ill! Never met with a girl who looks so grave on me! I must try to get the better of this. Her looks say 'I will not like you, I am determined not to like you'  and I say, she shall."

Charm offensive: Making an effort to find out what makes you tick, not being put off by your embarrassing family, persistence.
Memorable f***boy moment: When he's so close to getting the girl he wants - then blows it for the easy option.

Ah Henry Crawford. The love interest with so much potential, and the one we all make the most excuses for. Yes, it all started as a game, but he fell in love with little Miss Price and doesn't that show some good in him? Isn't it nice how he is non-judgemental of her poor family in Portsmouth and how he's prepared to marry her when he could have had any wealthy heiress he set his mind to? But actually, he acts more scandalously than any of the other antagonists. Running away with a respectable, newly married woman!! And for what? Because he was tired of the chase? Because he was flattered by Maria's attentions even now she was married? Who knows. All we know was that he was prepared to ruin Maria's life and throw away his (perceived) chance with Fanny Price for, presumably, some meaningless sex. Men, eh?


Who's your favourite Jane Austen villain?