Adaptations that (shocked face) I liked better than the book

This week's Top Ten Tuesday (hosted at That Artsy Reader Girl) is an adaptations topic. I think we can all agree that, as a general rule, the book is always better than the film. But there are some exceptions to every rule and these are some of mine. In every case here I watched the film first, so maybe that's an influence. But there are loads of films and series that have encouraged me to read a book and the book has been better, so I don't think that's all it is. 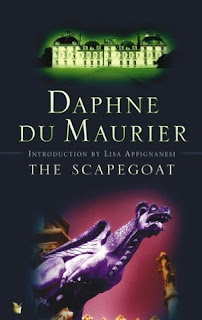 This is one of my favourite ever adaptations and I don't think it puts a foot wrong. If you're a purist you'll have a problem with the changes - different setting, different time-zone, massive changes to the plot including a very different ending. But I thought the series took everything that was smart and intriguing and atmospheric about Du Maurier's novel and made a mini-series that was warmer, kinder and neater than the book. The alterations were very cleverly thought out and it all fit together seamlessly. The acting is spot on from everyone, and it's a wonderful cast including Sheridan Smith and Andrew Scott. 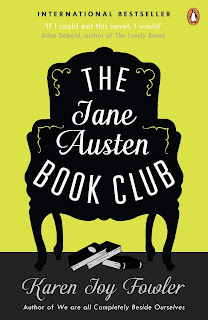 This film has quietly worked its way into my favourites, partly because it has lots of people talking about Jane Austen, and partly because Hugh Dancy is so adorable in it. I tried to read the book but didn't get very far. The film has a lovely warm quality to it that the book just didn't have, and I couldn't get on board with any of the characters. The film is flawed and there are loads of scenes that make me roll my eyes. But it's just got something special about it. Other than Hugh Dancy, Emily Blunt is especially good in a very different role for her. 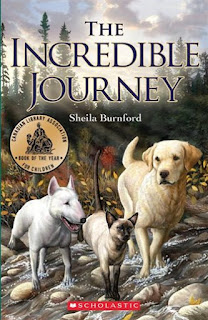 The film is one of my childhood favourites and as an adult I think I appreciate it even more. The voice acting, the music and the relationships between the characters are all really affecting. My dad started reading the book to me when I was little and we both agreed it was too boring to finish. I remember long dull bits interspersed with snapshots of graphic animal violence. 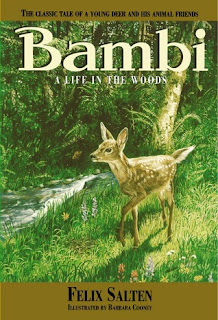 This is another one I had read to me after watching the Disney film - although we did finish it! All I can remember is that lots of animals died. Bambi's mother was just the beginning. 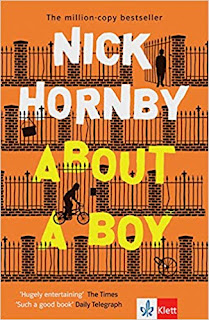 I love both the book and the film, and in fact they're very similar. Most of the best jokes are straight from the book. However, I think the great cast and that talent show scene - which I've come to love despite it's cringe-worthiness - edge the film into first place for me. 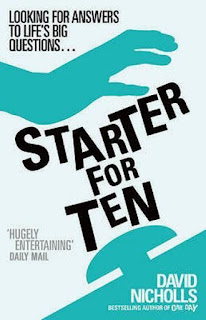 I didn't like the book much, although it was a very easy read. I think mostly because I couldn't stand Brian. Like One Day, I also thought the whole tone of the novel was vaguely depressing. The film is great though. It's a faithful adaptation yet it manages to be feel-good. And the cast is like a who's who of people who weren't a massive deal at the time but would become big names a few years later - Benedict Cumberbatch, James McAvoy, Alice Eve,  Dominic Cooper, Rebecca Hall, James Corden, Mark Gatiss... 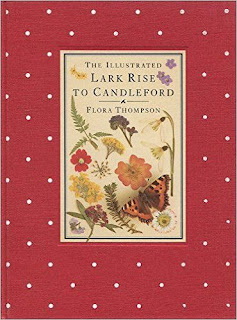 This is one of my all time favourite period dramas - especially the first couple of series' before it all starts to get too cheesy even for me. It was very loosely based on Flora Thompson's memoirs, but really the books are just a collection of observations on village/hamlet life and the characters and plots all belong to the screenwriters. Despite being essentially gentle, 'easy-watching' TV, I still think  the writing was deceivingly smart, issue-led and thought-provoking, especially in series one. But yeah, it's dead silly for the most part. 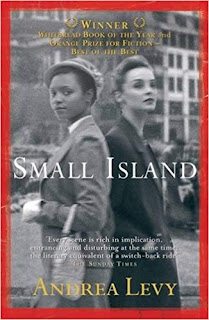 I liked Andrea Levy's book, but again, the series was warmer. I thought it was really well adapted, faithful yet knowing what stuff to cull (bye bye Bernard's adventures in India, thank God). This is another one where the material was also elevated by a great cast, this time David Oleweyo, Naomie Harris, Benedict Cumberbatch (him again) and Ruth Wilson. 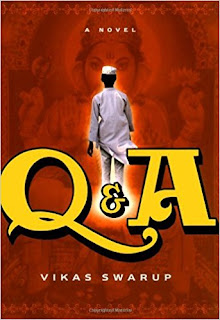 If you've watched the film and not read the book I don't want to put you off. The book is really good! But they're very different animals. The book's ending makes more sense in my opinion but overall the film makes much more of the central premise. The novel is very episodic and some of the stories that explain how the main character can answer the questions are really bizarre. The film is much more epic. 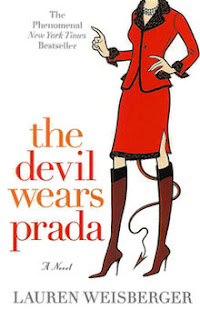 Honestly, I don't really like this film very much - it's depressing, isn't it? I can't be the only one who thinks so? And I hate Andie's friends. But there's no denying its very watchable, and if I turn it on I will watch it to the end. There are some great performances in it too. But the book, despite a good premise, wasn't in the same league. It was readable and I actually preferred the characters on the page. But it had a bit of a nothing plot and it dragged in places.


So can the film ever be than the book? What are your favourite adaptations?