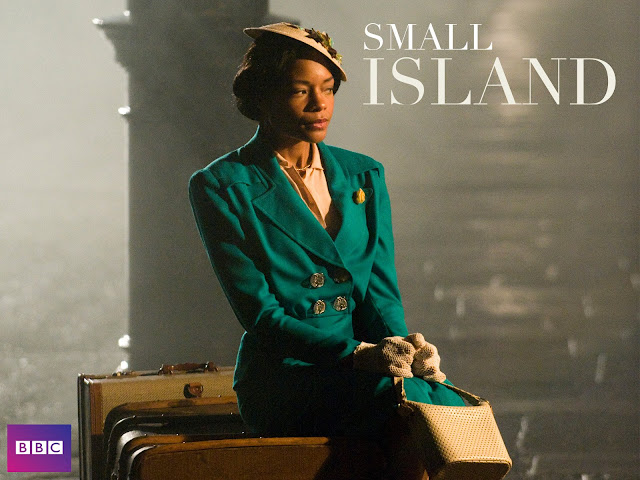 In 2018 I read Andrea Levy's novel Small Island and coincidentally, it turned up on telly over Christmas. Turns out it was adapted back in 2006, and as The Long Song (another Levy adaptation) was one of winter's telly highlights this year, I suppose they thought they'd dig Small Island out of the archives. (Also because of the Windrush scandal, it's very relevant at the moment...)

Small Island follows a young couple from Jamaica during and after World War II, who emigrate to England and find it (in Hortense's case especially) very different from the dream they've been sold. We also follow an English couple, Queenie and Bernard, in war torn London, Yorkshire, and India. The four central characters weave in and out of each others lives and the narrative moves back and forward in time, with chapters from the POV of all four. I liked Gilbert best, and I could have done with less Bernard, but overall I liked the way the story was told. 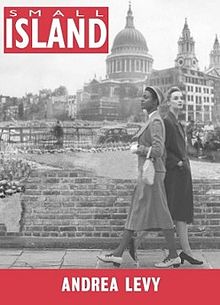 Small Island was definitely a good read, and it got me out of a bad slump last summer, but as with any multi-POV book, I found myself wanting to get back to the bits I was most interested in. I was most invested in Gilbert and Hortense's present, and Queenie's time during the war. But the flashbacks were clever as they did get me wondering how everything fitted together. Seeing the wartime setting from a different point of view was also really interesting - as a kid you learn so much about air-raids and evacuees and the blitz and the rest of it, through school, and films and family stories - but wartime London through the eyes of Hortense and Gilbert was something totally different. The general racism and ignorance was hard to read about, although unsurprising. And also just looking at England through the eyes of an outsider - even just the little everyday things like fish and chips and funny expressions that you forget aren't the same everywhere. You do forget we're just a 'Small Island' too, which is kind of the point of the book. 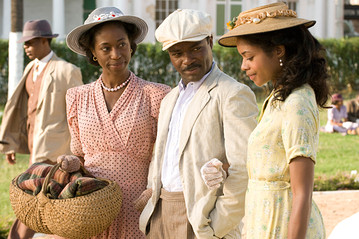 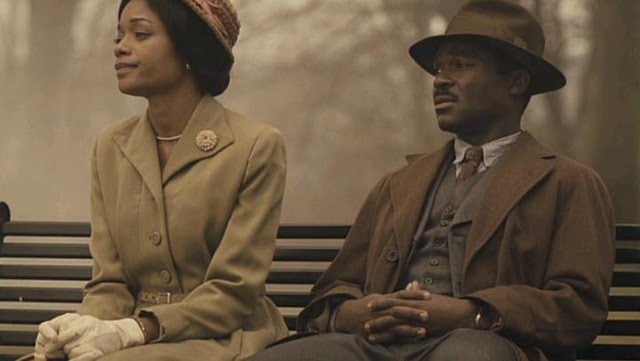 Overall I thought the story was really engaging and I warmed to the characters a lot although I wasn't sure about a couple of them to start with. The only negatives for me, were that it was a bit long, and I wasn't sure about the ending? You couldn't really have ended it any differently but somehow it wasn't quite satisfying. Also the few sex scenes are really grim. I've started The Long Song too and I think it's just something about the way the author writes them. That bit in the brothel in India...it was too much. (Luckily the adaptation didn't include that bit!) 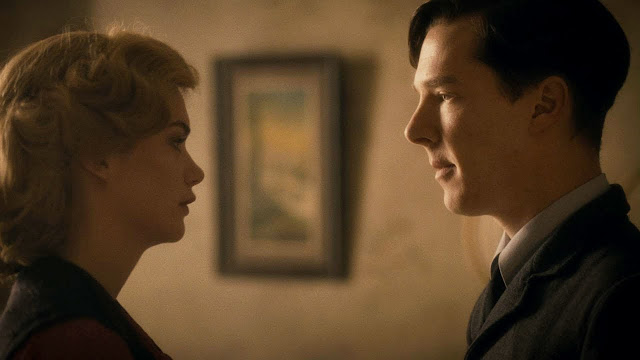 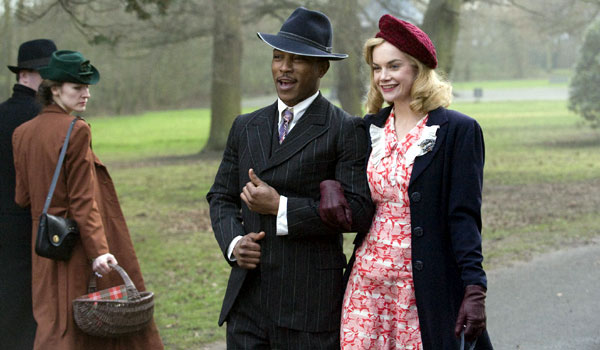 However, as much as I liked the book, I actually think I enjoyed the series more. It was very well adapted and there was a lot of warmth to it. There were a lot of flashbacks to deal with, but the screenwriters managed to follow the timeline of the book well, while not making it too confusing. They didn't cut out much but they focused in on the wartime/after war stuff where they're all in England, minimised the scenes of the character's early lives, cutting out most of Queenie's and reducing Bernard's war to a summarising speech to Queenie (nicely done, screenwriters.) I think we could have done without the voice-over, but nobody's perfect. Of course good actors help, and the cast for this was great. David Oyelowo (Selma, Queen of Katwe, BBC Les Miserables) is fast becoming one of my favourite actors and Ruth Wilson (Jane Eyre, Luther, The Affair) brought a lot of warmth to Queenie, making her more likeable than in the book. Naomie Harris (Skyfall, Moonlight, Pirates of the Carribbean 3) did the same for Hortense and Benedict Cumberbatch almost made me want to give Bernard the benefit of the doubt. Almost.


I'd recommend the book, and the series both. If you liked The Long Song and are looking for something by the same author (but less harrowing) if you like stories set in Jamaica or Wartime England, or if you just want a good tale well told.