10 signs you watch too much period drama... 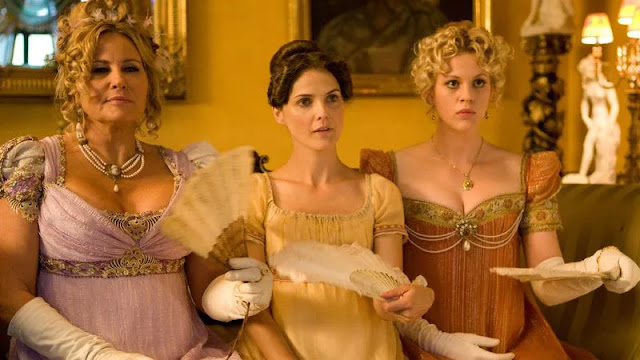 Historical, costume or 'bonnet' dramas, whatever you like to call them, you love them or you hate them. I fall squarely in the 'love' camp. But in the same way that a person can read too many novels (words of wisdom from Mr. Tilney) sometimes I think I should limit my period drama intake. The world we live in is much better than the world way back when - much less chance of dying in childbirth for one, although the clothes aren't nearly as pretty. If you're a fellow period drama aficionado, you might recognise yourself in this list. Are you showing any of the signs?


When it starts to snow, it reminds you of the cotton in Thornton's Mill...

You use the word 'rather' as an intensifier. That's rather old fashioned, isn't it?

You find yourself quoting Jane Austen characters when you're called on to give romantic advice.

When someone sees a familiar period drama face and asks "what are they from?" you can reel off a list (i.e "That's Anna Maxwell-Martin. She was in North and South, and Bleak House, and South Riding and Death Comes to Pemberley, and possibly that Agatha Christie thing...")

You've tried to curl your hair by putting it in rags for bed.

You know what a spencer is.

You've referred to someone's new girlfriend (or boyfriend!)  - obviously not to their face - as their 'mistress'.

You start commenting on characters' clothing and manners as if you've never shown your ankles in public. ("Er, did she forget to put her dress on? That looks like a petticoat!" "Urgh, she's in that hideous bonnet again" "Is he not even going to take his hat off to propose?")

You think a man looks nothing without regimentals. Except when he's scything.

Are you a period drama obsessive? And what made you realise the sad truth?