So, in a bit of a twist on this week's topic,  I'm going to talk about bookish merchandise I used to have, as opposed to stuff I want. I've been a Harry Potter borderline obsessive for quite a long time, and as a result I gathered a fair bit of plastic-y, Harry Potter related - for want of a better word - crap, throughout my childhood. I thought this might be a good opportunity to reminisce on all the joy it brought me. Anyone else remember any of these? 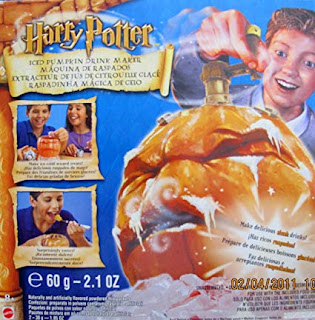 Harry Potter 'Pumpkin Slushee Maker'
Yeah, this was a low point. It was basically a plastic pumpkin with a handle on top that crushed ice cubes. But for some reason it was top of my Christmas list. 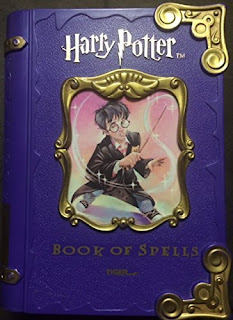 Harry Potter 'Book of Spells'
This was a bit like a Harry Potter version of those pokedex's you used to be able to buy. The best thing about it was you got a really difficult quiz question once a day - and once you answered it that was it. Me and my sisters had a mad fixation on being the first one to get the question for a while. I can still remember the frustration every time I realised one of them had got there first. We even started hiding it from each other at one point... 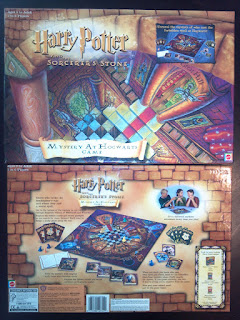 Harry Potter 'Mystery at Hogwarts' (aka Cluedo)
I hate Cluedo as a rule (you have to use your brain too much.) But this was fun. It was Draco Malfoy, in the Owlery, with the Petrificus Totalus Charm! 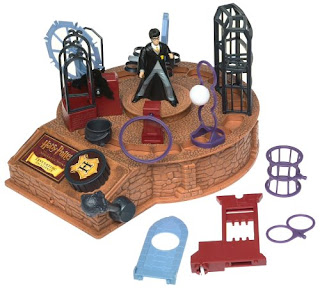 Harry Potter Levitating Challenge
This. was. so. cool. You used a lever to float little polystyrene balls around a course while a disembodied voice said 'focus, concentrate, keep steady!' (Which obviously had the opposite effect.) But then somebody (I never found out who) thought it was a good idea to chew on all the the little balls and they never floated properly again, and we could never find any others that were the right weight. 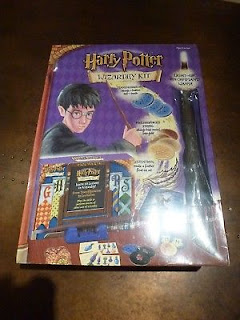 Harry Potter 'Wizardry kit'
Basically a magic set. I stumbled on a couple of the colour changing sickles last time I cleared out my storage boxes. (Yes, I'm a hoarder.) 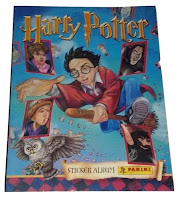 The sticker book
Like a lot of this stuff, this was pre films - so it's interesting to see how the characters are drawn. I remember it was taking me ages to collect any stickers and a boy from my class's older brother gave me loads of his swaps, which looking back, was a really sweet gesture for a nine year old boy.

The PC Games
The best things known to man. I'm not, and never have been, a gamer, but I've genuinely considered buying a really old computer just so I can play these again. The bonus bean room! That spongify charm that bounced you up to high places! Being scared to open any trunk to get beans in case Peeves flew out of it going "Why, it's potty wee potter!' Throwing firecrackers at Malfoy in the hallway! Winning Quidditch games by repeatedly kicking the other seeker in the head so he couldn't get near the snitch! Ah, good times. 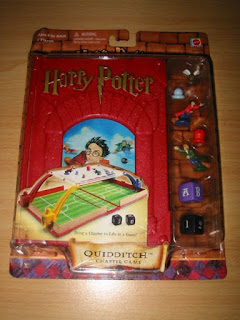 Harry Potter 'Quidditch Chapter Game'
I don't remember much about this except there were loads of fiddly little pieces, and when I took it in on 'toy day' (sadly that great institution died out a couple of years later, people only brought their gameboys in and it got boring)  my teacher accidentally threw the quaffle in the bin and I was FUMING. 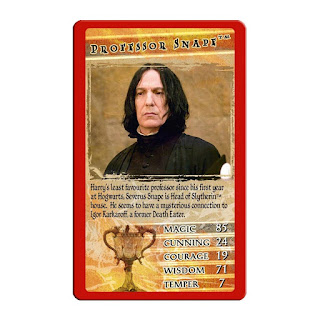 
Harry Potter Top Trumps
Dumbledore was the best card, no other contenders. 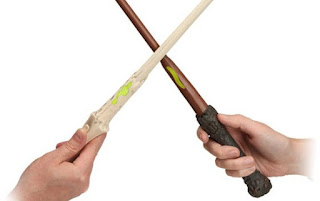 Harry Potter 'duelling wands'
Okay, so this is a cheat because it was my younger sister who had these. But they were great. You could never tell when you'd won, but it was fun pointing them at each other while they made noises.

What's the worst bit of bookish merchandise you've ever bought?