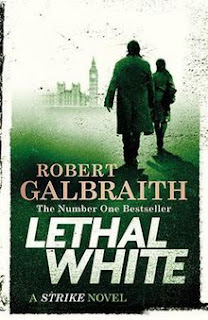 So I just finished reading the newest instalment in Robert Galbraith's (AKA J.K Rowling's) Cormoran Strike series, the much anticipated Lethal White. I had some reservations going in, but despite a few things that put my back up, I have to admit it, it was great. True to her usual form the fourth book in this series is suddenly much fatter than the others (and possibly could have done with an extra edit) but over the last few days I've been rushing back to it whenever I've had a spare minute. It's been giving me nightmares and I've occasionally snapped out of a daydream in work, to realise that I've been mulling over the ins and outs of Strike's latest case for the best part of half an hour. So yeah, it was good.


I have to be honest, I've been a bit frustrated with J.K Rowling ever since she went and came up with that terrible Cursed Child plot (which she insisted we must all take as cannon) and recently that intensified with all her Corbyn bashing on twitter. I don't like to talk politics on here really (and apologies to any non-UK readers, feel free to switch off for the rest of this paragraph) but personally I think that the left of British politics needs to get its act together and stop all this in-fighting, and I was worried that some of J.K Rowling's sneering attitude towards Jeremy Corbyn and his supporters would come out in this book. Sadly, that happened. Every time I read "lefties, hard-left, trotskiest" etc. it irked me, not least because these, to me,  are phrases from the current political climate, as opposed to expressions anyone made casual use of back in 2012. Which is when the book is set. Not only was it sneer-y and a bit offensive (apparently being against the Iraq war makes you a hard-left hater of the military nowadays) it was shoe-horned in. And it kept taking me out of the story which was annoying. Plus I didn't like how she kept using the word 'students' in what felt like a derogatory way. To quote Albus Dumbledore: "age is foolish and forgetful when it underestimates youth."


But back to the book. Despite the political stereo-typing (Rowling, in fairness, was equally un-subtle and un-kind in her depiction of Tory ministers as she was of 'hard-left' activists) the characterisation of her protagonists is still wonderful. I really love Robin, I like Strike a lot (although he needs to treat his girlfriends better!) and in this book I finally hated Matthew as much as I was expected to. I always felt a bit sorry for him previously, but my patience has been used up. Some reviewers have suggested Rowling needs to focus on her mysteries more and have less of the will-they-won't-they with Strike and Robin, but for me that's the best part. Some of the romance in Harry Potter felt a bit contrived if I'm honest (*cough* Harry and Ginny *cough*) but Robin and Strike never does. And although both characters occasionally make mistakes and do idiotic things, both in their personal lives and throughout the case, they remain stubbornly likeable, in much the way that Harry, Ron and Hermione always did. 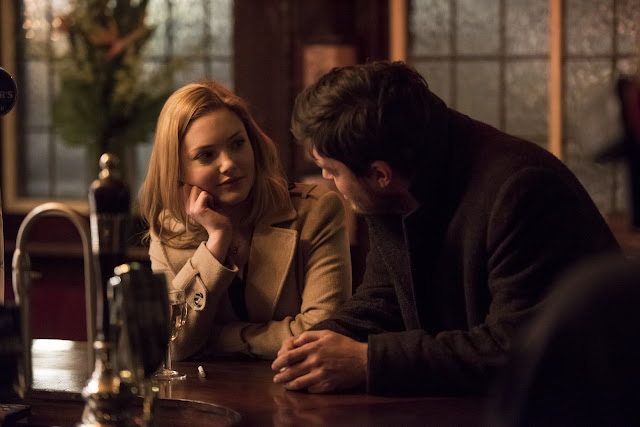 Some of the other characters, however, are not quite up to Harry Potter standard. (I'm sorry I keep making comparisons, but its inevitable, isn't it?) In this book we finally meet Charlotte, Strike's former fiancee, but to me she still feels a bit two-dimensional. We've been told all about her, her backstory with Strike, her personality flaws (she doesn't seem to have many positives...) but she still doesn't feel real. Maybe give it another book. I thought the same about Strike's Lorelei (she's an alternative, Burlesque dancing type - that's pretty much all we get) and Sarah Shadlake (who admittedly, the author still managed to make me hate with a passion.) Robin's friend Vanessa seemed promising, but we didn't get to know her as much as I'd hoped either. I don't read a lot of crime fiction, but I'm assuming that side characters normally become a bit of a casualty of plot building, especially if they're not really relevant to the case. Yet I also think Rowling needs to focus more on her female characters - which seems odd, I know. I sort of get the impression she's never had a lot of female friends (obviously I could be wrong here) but she created so many wonderful women in Harry Potter (and I really, really do love Robin) so I know she can do it again.

Talking of the case though, it was fab this time. Very twisty and it forever kept me guessing, although perhaps it got a bit bogged down in the middle. As an un-learned reader of crime, I would say this was her best constructed mystery plot of the Strike books - although I still think the best detective story she's ever written is Goblet of Fire.

Overall, I'd say yes, read Lethal White. Did all the political stuff massively annoy me? Yes. But I got past it because I love Strike and Robin, and whatever you think about J.K Rowling, the woman can tell a good story.

Have you read Lethal White or any of the Strike mysteries? What did you think?