So I read 'Lady Chatterley's Lover'... 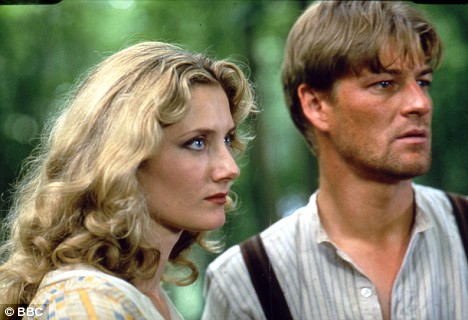 D.H Lawrence's famously banned book, about a married English aristocrat and her affair with the gamekeeper, is one of those titles that everyone has heard of but few people have actually read. So I decided I would. Plus, I'll admit it. I was curious. Would it be as shocking as its reputation would suggest? Is it really any more than just your standard 'Mills and Boon' bodice ripper (albeit one of the first of its kind) or are there hidden depths of meaning and realms of enlightening commentary on topics such as class and gender politics? Most importantly, is it any good to read? 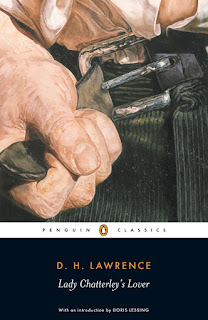 (Above: This is the cover on the copy I got from the library - took me ages to click on what the picture was...)

Well, I got through it. It's readable, I'd even say it was pretty good in places, and I quite liked the characters. They were...interesting. And it was shocking too, in it's way. I think it's more the fact that you're reading something that's written in that wordy, slightly flowery style of the early 20th century - and then suddenly the characters are saying f*** and c*** every other word. And still trying to be flowery and wordy about it. It's very odd. But it's also more explicit than I was expecting. Sometimes the sex scenes were cringe inducing and sometimes just...weird. Occasionally they were actually quite sensual and well written, although, not being crude, there was literally never any foreplay of any kind. (Unless you count that bit where they run around in the rain first and then put flowers in each other's pubic hair.) I realise this was written by a man. In the 1920's. But still.
The bit that I found the most uncomfortable was the chat. Every time they started talking about 'John Thomas and Lady Jane' I just wanted to die of embarrassment. Personally, I'd rather people didn't talk about their genitalia using nicknames and in the third person. If that makes me a prude, then I'm a prude. 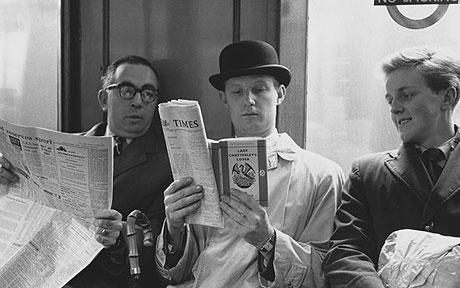 All that aside, there was a lot I liked about this book. I liked the author's style of writing, when he stayed on topic, and I liked that when he went off on a long bizarre  rant, or any of the characters did, he sometimes had something interesting to say. There was a lot of confused stuff about class, and men and women, but it's like when real people talk - they ramble on, occasionally they touch on something that is almost intelligent and profound, but the majority is total crap. I quite enjoyed the random, meandering conversations (although sometimes it was so high a percentage of gobbledygook I started to think the author must have been drifting off as he was writing it) but I did wonder whether Connie (AKA Lady Chatterley) would regret leaving her nonsense spouting husband for Mellors, who talked even more random crap and at greater length. And sometimes in letter form. I guess he was at least trying to be sexy with it...?

"And if you're in Scotland and I'm in the Midlands, and I can't put my arms around you, and wrap my legs around you, yet I've got something of you. My soul softly flaps in the little pentecost flame with you, like the peace of fucking. We fucked a flame into being. Even the flowers are fucked into being, between sun and earth. But it's a delicate thing and takes patience and the long pause." 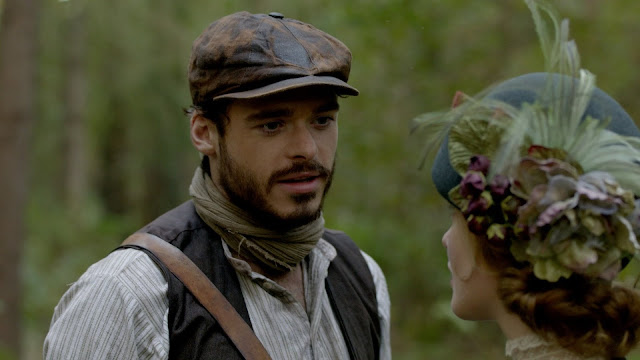 Despite that, I think Mellors (A.K.A the gamekeeper) was the highlight of Lady Chatterley, for me. He was much more interesting than the stereotypical neanderthal/'bit of rough' I was expecting. He was a total and utter weirdo, yes, but he was nuanced. Mellors is clever, or at least, he was a bright kid, who did well at school, was properly educated and was expected to 'get on'. When the war came he did get on, rose to a high rank and was respected, but when he came home he couldn't settle as a clerk or to other work his education might have suited him for. Partly because he wasn't the type, partly because he struggled with the authority of the upper classes and partly because he's basically a bit contrary and restless. He doesn't really fit in anywhere, being a bit of a thinking/feeling sort with a rough exterior. I wouldn't go so far as to call him sensitive (although he thinks he is) but he's basically an arty type in a time when that wasn't really an option for a working-class man. Maybe that's just the author putting himself into the character, or maybe's he trying to make a point. Either way, Mellors was a bit different.

"If only they [the working people] were educated to live instead of to earn and spend...if the men wore scarlet trousers, as I said, they wouldn't think so much of money: if they could dance and hop and skip, and sing and swagger and be handsome...train the people to be able to live and live in handsomeness, without needing to spend. But you can't do it...Money poisons you when you've got it and starves you when you haven't."

Connie is more straightforward, but again, different from what I expected. She's from quite a bohemian, artsy family and has only married into the aristocracy. So it's not really her world either. She's also had other flings pre-Mellors (both before and after her marriage) so the affair is not so much about her sexual awakening but more about sexual compatibility? The general opinion of the character seems to be that she's a bit 2-D, but I found her realistic enough. A bit odd and not hugely interesting, but she 'does her' and doesn't care for the consequences. I quite liked her. She definitely has weird taste though - that Irish guy she had an affair with was actually repulsive, and the way Mellors is described when she first meets him is quite possibly the least sexy thing I've ever heard. 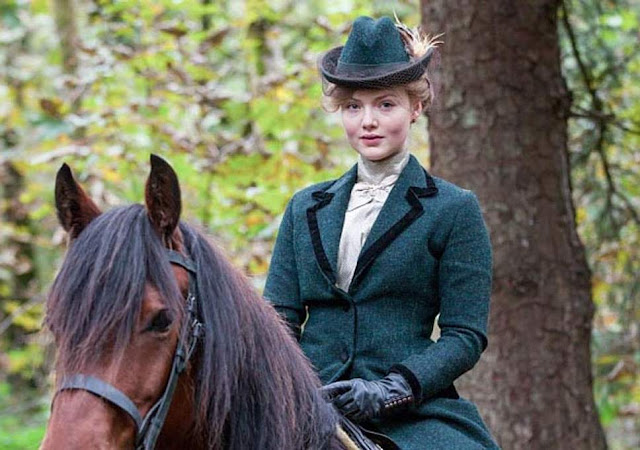 The story of Lady Chatterley is very basic, and not much really happens, but I got through it at quite a pace to begin with. It takes ages to get to the Connie and Mellors stuff (not that I was rushing or anything...) and it slowed down a lot in the middle, so much so that I took a break and went back to finish it at a later date. But when I picked it up again I rushed to the end, so it can't have been that bad. The thing is - like with Fifty Shades of Grey - Lady Chatterley is mostly about the sex, and when you take that away...well there's not really much there. Which is why it tends not to work for TV. I watched the Richard Madden/Holliday Grainger version and although I liked how they tried to make Clifford (the husband) more sympathetic - casting the very pretty James Norton (War and Peace/Granchester/Happy Valley) and a young Mrs Bolton (Jodie Comer) -  the 'we're playing the story, not the sex' angle, made for a pretty boring adaptation. The Sean Bean/Joley Richardson version (which I may or may not have sought out on Youtube...) was definitely sexier. But somehow, still boring. I think they better just give up trying to adapt it, if I'm honest.

So basically Lady Chatterley's Lover was... an interesting read. If you can deal with a cringe-y sex scenes and a lot of rambling and weirdness, it's quite fun. But if there hadn't had been so much furore around it back in the day, I doubt anyone would be calling it a classic.

Have you ever read Lady Chatterley's lover? Did it live up to the hype? And - more important question - does Richard Madden or Sean Bean make a better Mellors?