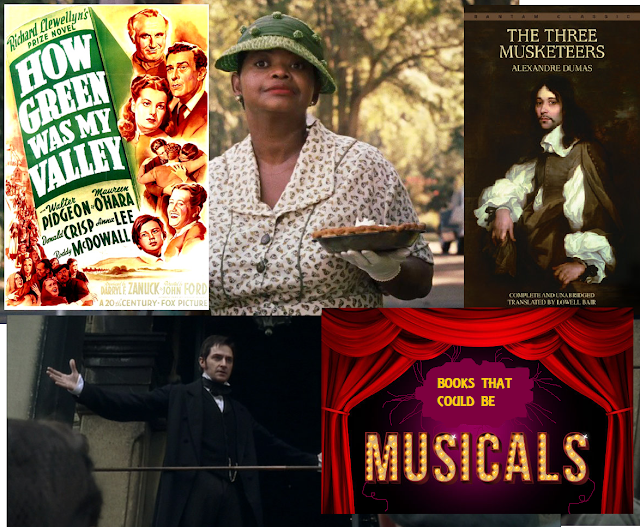 I know freebie week (Top Ten Tuesday) was last week, but I wrote this post and didn't get round to putting it up. So I'm breaking all the rules. I love musicals and I love books - but my favourite books wouldn't necessarily make the best musicals. Short snappy books, ones with strong themes or the potential for fun, are what you need (I think.) Here are a few I'd like someone to have a crack at:

A 'Billy Elliot' style strikers song, an angry 'I know better than you' style duet with Margaret and Mrs. Thornton, a love ballad from John ("look back at me"???) some kind of flashback mutiny number with Frederick and a big clog dancing scene in the mill. Can't you see it? Maybe just me then...


The Magicians of Caprona 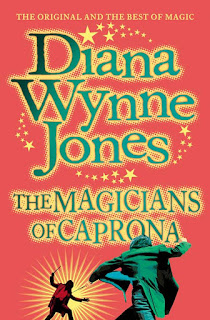 It's like Romeo and Juliet set in an alternative-universe version of Italy where two great 'spell houses' are at odds. In the book they create spells by singing them. There's a big magic battle in the middle, a chase at the end, and a creepy bit somewhere where two of the kids are turned into Punch and Judy in a puppet show. (Which terrified me as a child but would look great on the stage I think!)

Lots of swashbuckling, fab costumes, a big court dance scene, a song titled "all for one" probably. And you could make it really lighthearted and fun. 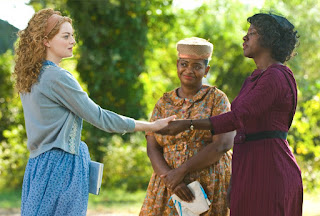 I feel like there's lots of potential here for something up-beat and rousing. You could have a lullaby song with Aibileen and Mae Mobely, a big group number with all the maids, a bit of a quirky falling for each other/fighting song with Skeeter and the boyfriend. Ooh and a learning to cook/be a lady song with Minnie and Celia.


How Green was my Valley 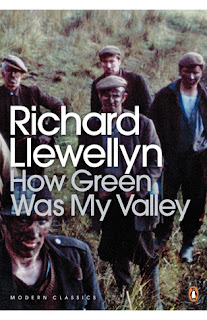 Apparently this has already been staged, back in the sixties, but was terrible. But lets ignore that. The Welsh and singing go together like the English and tea, so of course this Welsh family saga should be a musical. Again, you could have a strikers song. You could have a tortured love song with Angharad and Mr. Gruffydd.  A schoolroom song - maybe a boxing song?

I read and watched this recently - and apparently it's soon to be re-imagined as a TV show with a female lead. But I also sort of think it's crying out to be a jukebox musical. They could use all classic songs they talk about in the book. 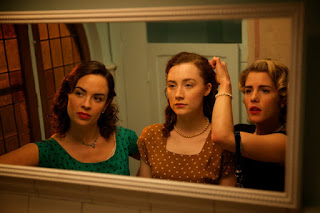 This story of a young Irish girl has a lot of potential for a musical I think. Picture it with some melancholic Irish ballads (leaving home, the scene where the old man sings at Christmas, couple of love songs) and some great diddly diddly stuff (on the boat maybe, the Irish in Brooklyn) maybe an Italian-y song with Tony's family too and a jolly one with Mrs. Kehoe. Ooh, maybe a make-over song! There's also a love triangle, culture shock, pathos and humour.

This has probably been done, but if it has I've not heard of it. This would be all about the big party numbers, 1920's glitz and glamour and a good chunk of tragedy. Bit like Chicago but with a love story!

Of Mice and Men 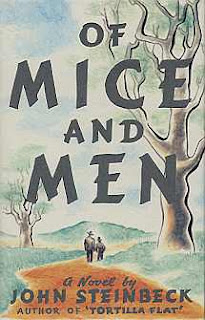 Yes, I'm mainly going for the short books here, but long ones fail don't they? (e.g Lord of the Rings, Gone with the Wind.) And bear with me on this one. Tragedy and musicals go together better than you'd expect (Miss Saigon, Blood Brothers, West Side Story, Rent, Les Mis...) and John Steinbeck's classic is nothing if not tragic. But it's also a great straightforward story with interesting stock characters - I feel like Curly's wife would have a heartbreaking scene-stealing song like Evita's Another Suitcase Another Hall or I Don't Know How to Love Him in Jesus Christ Superstar. And there'd be a dreamers sort of song with Candy and Slim and Crooks. I can hear the American country style of the songs already.

and... my last one was going to be Dumplin' - which I haven't read, but I have read lots of reviews of and it sounds very musical worthy. But Ii've just googled it and turns out I'm way behind on that one. There's a movie musical (with original songs from Dolly Parton!) coming out in 2018! 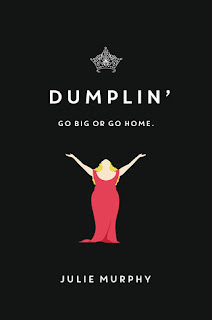 Would you go and see any of these? What books do you think would make great musicals?