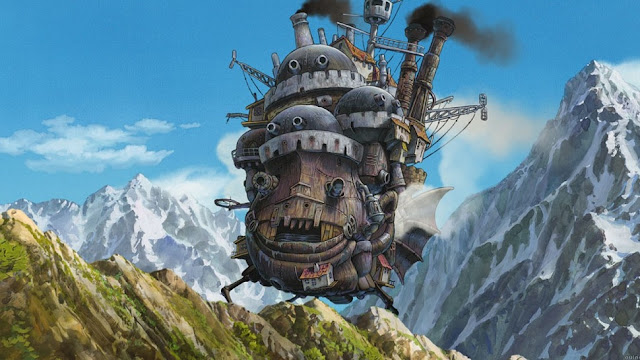 Those of us who grew up as part of the 'Harry Potter generation' might remember the long months between books which involved a lot of re-reading - unless you found a decent Harry substitute. It was in the drought between books four and five (a killer, I'm sure you'll agree) that I discovered Dianna Wynne-Jones. Pre-Harry Potter and surely a big inspiration for J.K Rowling, I fell in love with Chrestomanci and the related worlds, with the twisty, sometimes dark storytelling, the complex characters and the magic. I always wondered why no one had made a film or a series from those books (and I still think Charmed Life would make great TV). It took me too long to realise that, although Chrestomanci and his dressing gowns have not yet graced our screens, one Diana Wynne-Jones' story captured the hearts of a new audience when Studio Ghibli took it on. 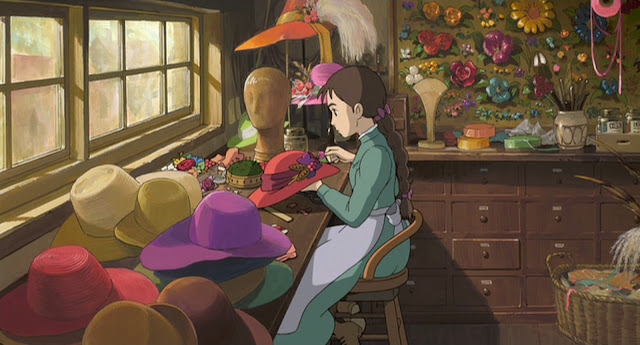 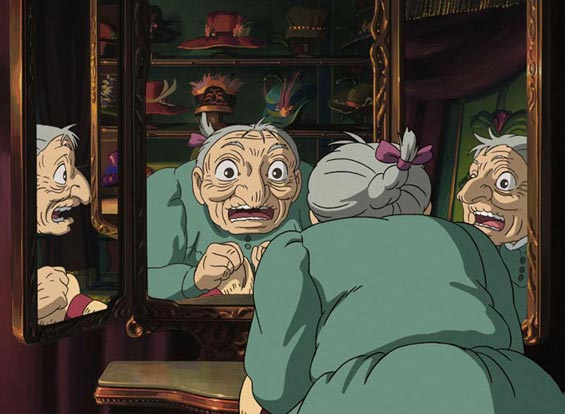 Howl's Moving Castle is the story of a young girl called Sophie, who works in a hat shop and feels old before her time. She is put under a spell by the 'Witch of the Waste' which turns her into an old woman, and during her search for a counter-curse she stumbles upon the Wizard Howl's castle where she integrates herself as a cleaning lady.  It's a great book but bizarre, and reading it as an adult I spent a lot of the time confused. The Chrestomanci stories are better, no doubt about that, but there was something very different and magical about Howl's Moving Castle - I loved Howl himself, and I loved how being an old woman gave the usually downtrodden Sophie the opportunity to be sharp and bossy and no-nonsense. All the supporting characters were interesting too, from Sophie's sisters to Calcifer the fire demon.

Japanese film director Hiyao Miyazaki  (Spirited Away, My Neighbour Totoro) brought Howl's Moving Castle to life back in 2004 and like many of his films, it has a bit a of a cult following. My experience of anime is limited to Totoro and brief childhood Sailor Moon and Pokemon fazes, but I quite like the animation style. It definitely worked well for Howl - the story is so random, it had to be animation or nothing. I love the design of the castle (bit Mortal Engines?) and the voice cast were fab. I watched the English dubbed version and when I saw the cast list at the end I was a bit taken aback -  Emily Mortimer and Christian Bale, but also Billy Crystal, Jean Simmons and Lauren Bacall! 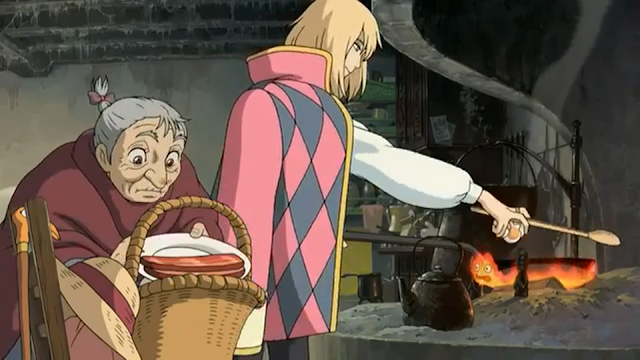 There are quite a lot of differences between the book and the film and I think the endings of both could have been better. It all gets way too confused towards the end. They make much more of the war plotline in the film - which is barely important in the book - and they downplay Howl's 'player' persona. Howl's family background doesn't crop up (that twist completely blindsided me in the book, and I loved it!) Sophie's sisters aren't really in it at all and I thought the stuff with the hat shop and the reason for the witch's curse wasn't explained properly. Although I did like that they made the witch more sympathetic - I loved that scene with the two old women struggling up the stairs together. Overall, I felt the film focused a bit too much on the romance. The book is about Sophie discovering herself (as cheesy as that sounds) while the film seems to be more about discovering that she's pretty and falling in love. I did like how she got younger as the film went on though - I thought the animation was really clever. 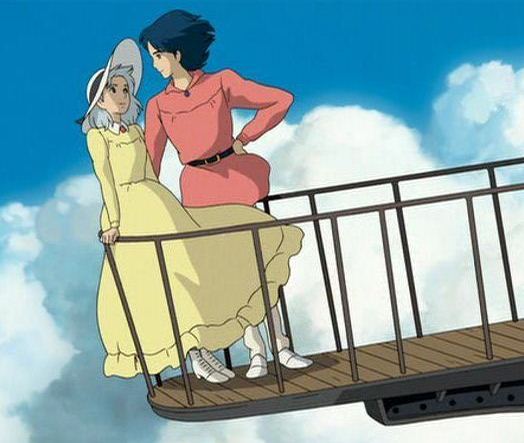 Overall I would recommend both book and film if you like your fantasy random and you like the idea of a sassy old woman as your heroine. And Howl is flawed but I really like him in both incarnations - and I think you will too. Watch the film for great voice acting, innovative animation and laughs. The book is better though, and if you're a Harry Potter fan it's time you discovered Diana Wynne-Jones.

Have you ever seen the film/read the book? Which is your favourite?