I really loved 'Mansfield Park' - Does that make me weird? 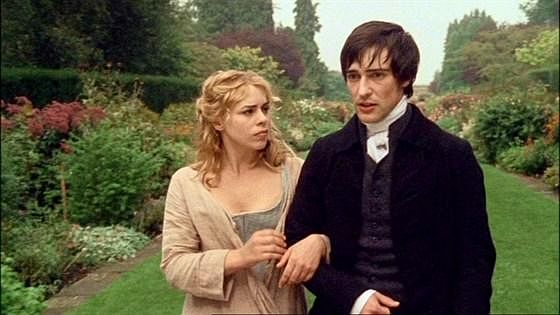 So I just finished re-reading Jane Austen's Mansfield Park - widely known as the book you're supposed to like the least -for the second time. I read it first when I was eighteen or nineteen, and was pleasantly surprised by how much I enjoyed it, but I'd since put that down to low expectations going in. Turns out it was more than that - I loved it this time.

Mansfield Park is about a girl called Fanny Price who is brought to live with rich relations as her parents have more kids than they can afford. She's not exactly welcomed with open arms, and although some of the family are nice enough, Fanny must know her place. She's not to be on equal footing with her cousins and there must be a subtle hierarchy. Turns out it's not so subtle - mostly thanks to the villain of the piece, Fanny's Aunt Norris - and Fanny has a pretty crap time, all in all. She's basically Cinderella, right down to the selfish, spoilt step-sisters/cousins and her room in the attic. The only person who takes the time to show her some kindness and look after her a bit, is her elder cousin Edmund, and as a result she loves him unrequited-ly from the time she is ten years old. Then, when Fanny is seventeen, a good-looking, lively, rich and not-entirely-moral brother and sister move into the neighbourhood, causing a great deal of drama...


"A large income is the best recipe for happiness I ever heard of."


The main reason people seem to take against Mansfield Park, is the character of Fanny Price. They think she's boring and spiritless and judge-y. But I think she's a nice girl in a rubbish situation who's doing her best to keep her afloat. She's shy, she's oppressed, and she's got no friends or family to turn to. (Except Edmund, who - when he becomes the source of her troubles, is hardly a help.) Maybe Lizzie Bennet would stick up for herself more. But Elizabeth Bennet grew up in a relaxed household with a father who loved and appreciated her and a sister and friend she could vent to whenever she was feeling down. She was able to get out in society a bit, go to dances, walk into town, have some independence. Fanny has none of that. She's at her family's beck and call and she's constantly being told how grateful she should be. She feels strongly and she sticks up for herself when it's important (no spoilers!) against huge opposition. But you can't blame her for not fighting over the little things - all the fight has been kicked out of her. 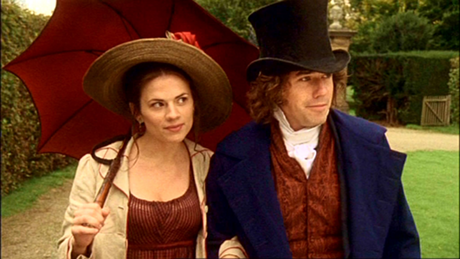 I've got to admit, I did think she was a bit holier-than-thou on occasion, but we all make judgements in our heads. What's important is how we act towards people. And Fanny, despite disapproving of the Crawfords and others, is still unfailingly kind and polite to them. She might be dying for jealousy of Mary Crawford, and disagree with pretty much everything she comes out with, but she doesn't rip up her letters or badmouth her to Edmund. Although she 'cannot like' Mr. Crawford (the strongest words she can come out with for a man she thinks is a heartless player and thoroughly bad lot) she's never rude to him and acknowledges his good points whenever they actually do appear. Maybe this makes her a saint - I just think she's a nice girl, if I'm honest. With a lot of self-control.


"I think it ought not to be set down as certain, that a man must be acceptable to every woman he may happen to like himself."


Mansfield Park is one of Jane Austen's later books, and probably the most serious. It's not as funny as Pride and Prejudice or as romantic as Persuasion, it doesn't have a Mr. Tilney or a Mr. Knightly, and it's not one of the shorter books either. What it does have though, is some of the realest characters, the most complicated relationships, and the most adult themes. Although arguably Jane Austen is all about the women, she writes men so well and Edmund and Henry Crawford are both really interesting in their own way. Henry's so bad, but you kind of want Fanny to save him - he's got potential, but then doesn't everybody? And every time Edmund's kind to Fanny when no-one else is, I think, 'oh isn't he lovely, thank God for Edmund' but then he'll do something so annoying, like extol Mary Crawford's virtues endlessly in front of poor Fanny, who is so obviously dying inside at this. 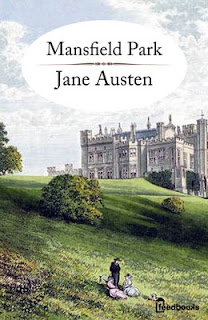 I like all the characters to be honest (other than Mrs. Norris obviously - who is one of the most vile women in all fiction) and Mary Crawford is one of my favourites, if in part because I feel a bit sorry for her. As much as I want Fanny to be happy (because she fully deserves it and I'll fight anyone who says not) I kind of like Mary and Edmund together. You see their feelings for each other grow, and you really feel the dilemma of 'well realistically they'd make each other miserable in the end, but I sort of want to see them make a go of it.' Mary's nice, despite her blase way of talking, and you can see why Edmund falls for her. It's all very bittersweet. Maybe people don't like that about Mansfield Park, but I do. It makes you feel things and it makes you think.


“But there certainly are not so many men of large fortune in the world as there are pretty women to deserve them.”
― Jane Austen, Mansfield Park


The thing about Jane Austen is, she's very dry, and her humour covers a lot of stuff that is quite close to the bone. Mansfield Park is less light-hearted (although I still laughed out loud a few times) than her other books, and maybe that's because there's more realism - so the characters are less sympathetic and the ending less happy. But in some ways I like the characters better for their flaws. In Mansfield Park too, Jane Austen ventures further out of the world she normally writes in, to show us Fanny's lower middle-class family in Portsmouth - where if you want a cup of tea you might have to make it yourself, as it's a struggle to make the maid do her job properly, where the little kids run wild and the older ones 'halloo' to each other and their servants from all over the house about misplaced clothes and stolen items, and where the father comes home drunk and swears as he trips over Fanny's trunk in the hall. Everything is suddenly more grounded in reality and I liked seeing that side of this world - not just the balls and mannered parties of the upper classes. It was a bit different. 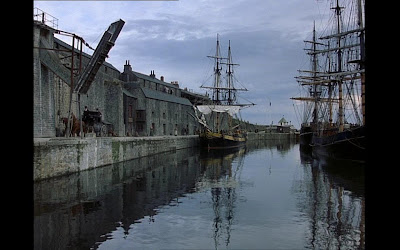 Anyway,  I liked Mansfield Park very much, and I'd encourage any Jane Austen fan who's not read it, not to be put off by the general consensus that it's a bit of a let down. It's a bit darker, a bit more serious, and a bit more grown up. But it's also really good.

Have you ever read Mansfield Park? Love it or hate it?