For this week's Top Ten Tuesday at The Broke and the Bookish, the theme is leaders. Lots of iconic characters in books are already leaders of some sort or other, so I tried to think of characters who would be suited to a specific type of leadership, maybe one they've not yet had the chance to explore... 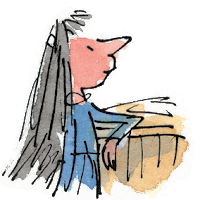 “All the reading she had done had given her a view of life that they had never seen. If only they would read a little Dickens or Kipling they would soon discover there was more to life than cheating people and watching television.” - Matilda, Roald Dahl

A brilliant mind, a strong sense of injustice, a certain amount of ruthlessness and the advantage of being well-liked by most people she comes into contact with, I'd give Matilda my vote. She's kind, humble and fun, she works hard and she'd definitely do something about all those library closures. 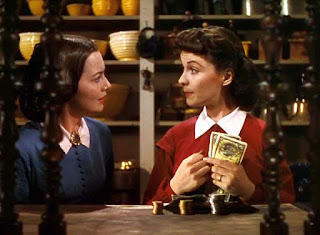 So she probably wouldn't be all that moral (who is, in big business?) but if Scarlett O'Hara was a modern day girl I'm betting her business empire would have stretched further than a farm, a shop and two lumber mills. There's nothing Scarlett understands better than cold hard cash, she's got a great 'head for figures' and she can charm anything out of any man in shoe leather. Plus, she's totally ruthless and would stomp over anyone to get what she wants. 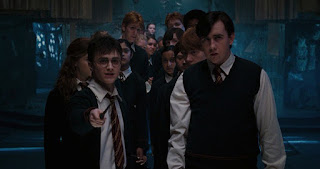 "If it had not been for the DA lessons, Harry thought he would have been extremely unhappy. He sometimes felt he was living for the hours spent in the room of requirement, working hard but thoroughly enjoying himself at the same time, swelling with pride as he looked around at his fellow DA members and saw how far they had come." -  Harry Potter and the Order of the Phoenix

I know that Harry became an auror when he grew up, but I still think teaching was his true calling. Maybe he didn't make the best Quidditch Captain, but his time spent running the D.A really allowed him to shine as a leader - and own it too, where before he was wary of the spotlight. He was a good teacher, but of course he learned from the best: Lupin, Dumbledore, McGonagall, even Hagrid, and Sirius in his own way. Most of his positive role models were teachers, and once the curse was lifted there would have been a spot for a permanent Defence Against the Dark Arts professor... 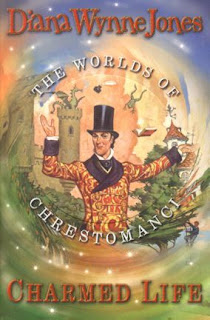 If any fictional character were to be a leader in the world of fashion, it would be the Chrestomanci as inhabited by Christopher Chant. He of the immaculately tailored suits and the most fabulous dressing gowns in the related worlds. When everyone in your castle home gets excited to see what you'll be wearing each day, you know you've reached style icon status. Or maybe you're just eccentric.

The King and Queen - Sansa and Tyrion 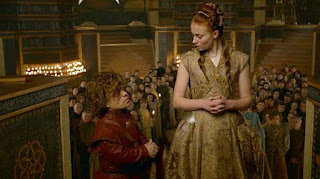 Am I the only one who ships these two? Now that Sansa's older of course. They're both diplomats, tackling problems through negotiation rather than direct action. They're both good people at heart but not above being ruthless when the situation calls for it - and both would probably agree that revenge is a dish best served cold. They understand strategy and they both like to rule. Plus they get on well, and he's the only man who's ever really recognised her potential and treated her with the respect she deserves. How about a power couple on the iron throne? 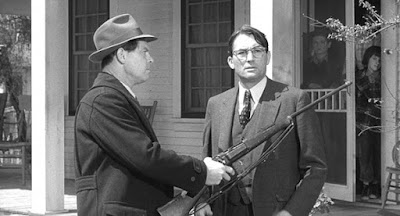 “There are some men in this world who are born to do our unpleasant jobs for us. Your father's one of them.”  - To Kill a Mockingbird, Harper Lee

I know Atticus hates guns, but a) he's still a great shot and b) since he's a man of conscience with no love for war or violence he wouldn't turn into one of these blood-and-power-crazed types. He's smart, he's got gravitas, he knows when unpleasant things have to be done, and when's the time to turn a blind eye. He keeps a cool head and most of all he inspires respect. I'd bet his men would follow him anywhere because they'd know he'd do right by them whoever they were.

The Head of the Prom Committee - Emma Woodhouse 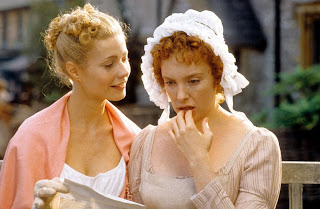 Emma's judgement errs sometimes but being pretty, confident, popular and the top lady of her village since an early age, Emma would likely appoint herself head of the Highbury prom committee. She knows (or thinks she knows) which rooms are too small to hold a proper ball, who would feel snubbed were they not invited, which couples might hit it off if sat together and who needs to be tolerated for the sake of propriety. She's used to looking after her father and managing a household so hopefully she would successfully negotiate the politics of prom night.

"We did it Sir, we did it!"
"Did what?" Sharpe wanted to savour his idea, but there was much to do.
"Saved the flag, didn't we Sir?"
Sharpe looked at the teenager's face. After a life of thieving in the streets of Bristol the boy had a pinched, hungry look but his eyes were shining and there was a desperate plea for reassurance in his expression. Sharpe smiled. "We did it." - Sharpe's Eagle, Bernard Cornwell

Being a soldier and an officer, Sharpe knows all about tactics and whipping the troops into shape, so I can see him leading a school sports team. He's usually quite sweet with the ensigns too (although they usually end up killed if they hang around him too long) but wouldn't be above giving his team a good kick up the backside when they needed it. He definitely wouldn't take any crap from the other coaches and he has a lot of luck to spare, so I reckon his team would do well with him.

The Chief Hippy in the Commune - Anne of Green Gables 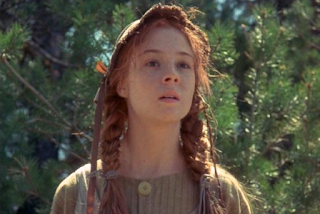 With all her day-dreamy talk, re-naming roads things like 'the white way of delight', the desire to change her name to Cordelia and christen new acquaintances her 'bosom friends', I could definitely picture a more contemporary, adult Anne inspiring new members and holding alternative poetry readings in a hippy commune. Not sure how Gilbert would fit in though.

The Playleaders - Merry and Pippin

You know those people you leave your kids with in holiday clubs whose main purpose is to keep them so active that their energy is all used up by the time they get home to you? I'd put Merry and Pippin in charge of that. The kids might come home a bit worse for wear but I'm sure they'd have a good time.

Have you got a Top Ten of great leaders this week?