The No. 1 Ladies' Detective Agency: Book vs Series 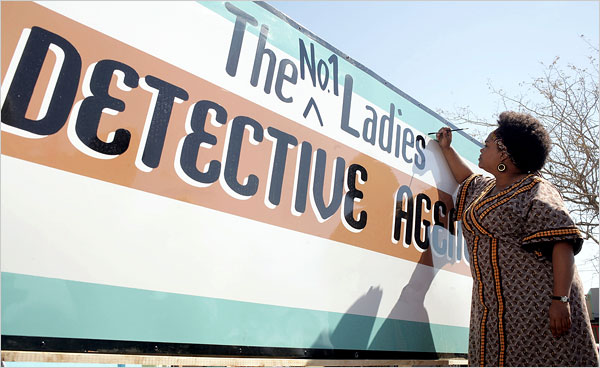 It's been ages since I posted here, so thought it was about time I did a book-film comparison. (I just finished The Handmaid's Tale too, but I'll wait until the series is finished to give you my full thoughts!) As it's summer (it even actually feels like summer, for a change) and we've had enough grim stuff on TV lately (Handmaid's Tale included, although I am loving it) I highly recommend the sunny pairing of Alexander McCall Smith's No. 1 Ladies Detective Agency books and the BBC series based on them - which you can still get on DVD. The Pilot was written by Anthony Minghella and Richard Curtis (Notting Hill, Love Actually) and directed by Minghella (The English Patient, The Talented Mr. Ripley) shortly before he died.

The No. 1 Ladies Detective Agency is the first book in the series and tells the story of Mma Precious Ramotswe and her quest to start up a detective business in her home country of Botswana. The book is a bit of a slow starter, mainly due to a chapter very near the beginning that goes back and tells you all about Precious's father - who has recently died and left Precious the money to set up in business - in his youth. It's not totally uninteresting, but when you get to the other side of it the story definitely picks up the pace and becomes a fast, fun read. I've only read the first book so far, and to me it felt more like a handful of short stories, tied together with a central mystery; but I enjoyed all the little mysteries a lot. They were clever, un-expected if sometimes bizarre. 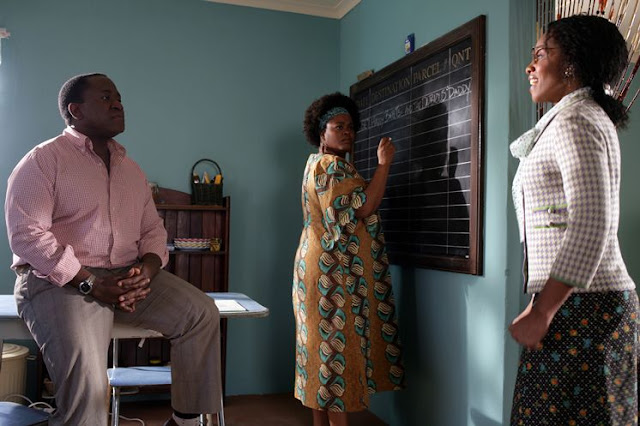 For me though, the best bit about the book was the characters and I thought the TV series (comprising of a feature length pilot and then a series of six episodes) captured them all really well. Jill Scott as Mma Ramotswe was just as I imagined her - and I love that the central character is allowed to be 'traditionally built' as she puts it, but also attractive and intelligent. We've all read books featuring a protagonist who is supposed to be fat, or plain, or have some other quirk, and when it comes to adapting them for the screen, they get turned into a model. Mma Ramotswe is supposed to be good-looking, but also fat. And the series has been true to that. 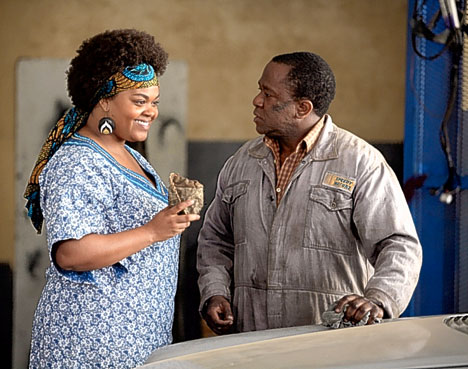 My favourite character is Mr. J.L.B Maketoni (Lucian Msamati, Game of Thrones) the nice mechanic who is sweet on Precious, and so different from her abusive ex-husband Note (Colin Salmon). Anika Noni-Rose puts in a strong comic performance as Precious's secretary and I also loved the gay hairdresser in the salon next door, who isn't in the book, but provides some great moments and gives Precious someone else to discuss theories with and bounce off. I loved his scenes with J.LB as well, especially when they're pretending to be policemen...Watch carefully and you'll see some very famous faces in minor roles too. David Oyelowo (Selma, A United Kingdom) is hilariously over the top as an unfaithful husband who Precious tries to catch out, and Idris Elba makes a convincingly frightening mob boss. 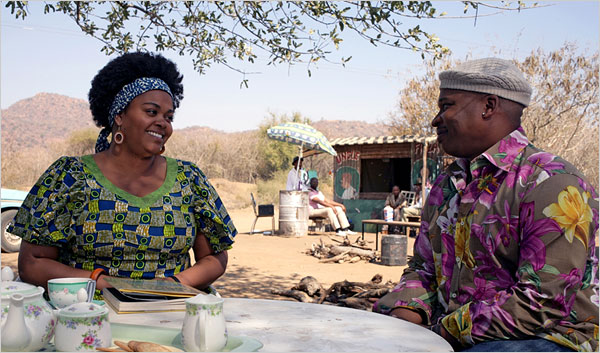 Like the novel, the Pilot is a bit slow to take off and continues on at quite a slow pace, but as you get into the rhythm of it it feels right. It's like your typical Sunday night, family mystery TV, and is a similar pace to English detective dramas like Endeavour or Miss Marple. What makes it different though, lighter and more appealing to watch at this time of year, is the humour, the sprawling African scenery, the music, bright clothing and colourful characters. I love that it's a positive, everyday sort of depiction of Africa, which you very rarely see. I don't think it sugar coats - it touches on issues of corruption, poverty, AIDS (a main character's brother is suffering from the disease) and superstition, yet Botswana is presented as a country the characters love and are proud of, and it shines a good light on the culture and the people. It's off-putting when you find out the book was written by a white Scottish man, and most of the cast are English or American, but it's still nice to see a vision of Africa that makes you think 'wow' - but in a good way. 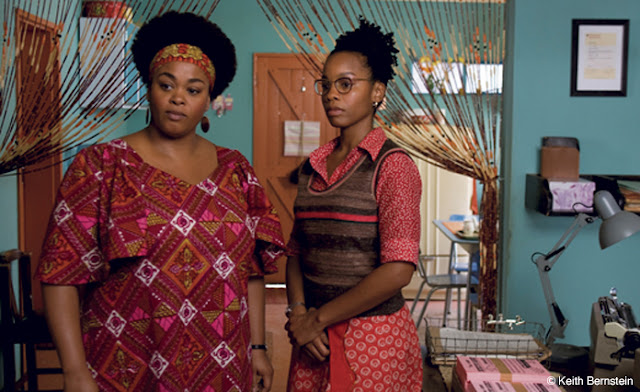 The No.1 Ladies Detective Agency is comfortable afternoon viewing: it's warm, funny fare that you could watch as a family, but it's still an adult drama, often dealing with dark subjects in a way that's not too heavy. It's a shame they never made a second series, as it's a quality show with a lot of talent involved and characters that had a lot more to give. Going on the first book, I think I prefer the TV series personally, but I'd definitely pick up another of the books and I can imagine the more you become involved in the characters' lives, the more involving the books get. Overall, I'd say give the books, and especially the films, a go. An engaging watch and a bit different.