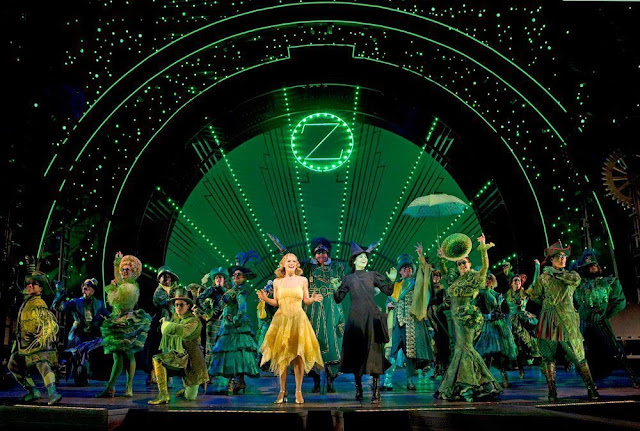 There have been talks about a film since the record-breaking musical first took the world by storm, and now it's finally been confirmed (or seems to have been...) Wicked the movie is coming in 2019. I first saw the musical in London, courtesy of a school trip with my GCSE drama class. It was new to the UK then, and none of us really knew much about it. I'd never read the book (still the case, I tried, but I hated it)
never heard any of the songs and never been to a West End show. Watching Idina Menzel belt out Defying Gravity was one heck of an introduction. (Yeah, I saw it with Idina *hair flick*. Be jealous, musical theatre fans.) Fair to say I was blown away and Wicked still holds a special place in my heart. The film hasn't been cast yet, although there has been a lot of talk about it. Thought I'd put in my two penn'orth and have a think about who I can imagine in the starring roles!

Sam entered the musical theatre world via Andrew Lloyd Webber's search to find a Nancy, and was my favourite to win at the time! She came third, as a teenager, but has since gone on to star in multiple musicals on stage, been immortalised as Eponine in the 25th Anniversary Les Miserables and also starred in Les Mis the film, so she's pretty well known now. Eponine and Nancy are both alto parts, but we know she can hit the big notes, as she sang Defying Gravity on I'd Do Anything. Very cringey when you watch the clip back, but she's massively improved by now. 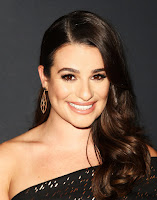 I'm probably biased against her, because I despised Rachel Berry on Glee (sorry, she wasn't a real underdog. She was the worst kind of drama person) but it's pretty clear she can sing the songs. We've seen her do it (on Glee.) Her voice is fantastic, she looks a lot like Idina Menzel so is the right physical type, she's a pro on stage and screen and she can act. Bit of an obvious choice, but not so much now that Glee's been off the air for a while (and got truly terrible years before it finally gasped its last breath.)

Okay,  I only added this one after I read that she was one of Kristin Chenoweth's (the original Glinda's) suggestions. But I can see it - she was great in Hairspray live, and she's got the pipes. Here (below) she's much younger, but if she could do it then she could definitely do it now.

Anna Kendrick wouldn't immediately spring to mind, but we know she can sing and thinking of her as Jessica in Twilight she did a great comic turn as the likeable bitch. I can definitely imagine her singing 'Popular'. She's thirty, but she has been playing a college kid in the Pitch Perfect films until very recently. Brittany Snow would be a more obvious choice, having previously played Amber in Hairspray she'd be playing to type.  And Anna Camp (Aubrey in Pitch Perfect) is a similar Glinda type again. Basically this is an excuse for the 'riff-off' clip.

I would have had no idea who this was, but she was another one of Kristin Chenoweth's pics. She's a Disney Channel graduate who played Amber in Hairspray Live (Chenoweth played her mum, so possibly she's being nice?) and I think she'd make a very traditional Glinda. 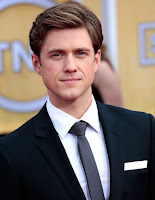 He stole the show a bit for me in Les Miserables (the revolutionary bits are my favourite) and he's a musical theatre man. And attractive enough to play Fiyero, definitely. Plus he was Danny in Grease live, so we've seen him do the light-hearted stuff too. Which you need for Fiyero - dancing through life and all that.

Since seeing him in Cilla I think I'm in love, and just think he should be in everything, so maybe don't trust this one. Also he is a similar type to my first Fiyero (that one from Coyote Ugly and Strictly Ballroom) so that probably influences me a bit. But, he's sung on both stage and screen and in the theatre world is most famous for playing the lead role in Spring Awakening. (Saying that' it's hard to find clips of him singing, the clip below is from a very odd looking film called Hunky Dory.) I think he'd make a passable Boq too. 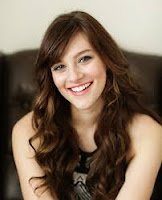 She plays Layla on Nashville (at least, she still does as far as I know, I've not seen season 5 yet...) and she's got a great voice. I think she can do the vulnerable brat thing that I suppose you need for Nessa? 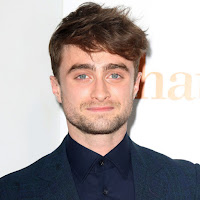 I'm not being mean -  it's not just because he's short. But I do think Daniel Radcliffe would be a good Boq. He's got charm and without it it'd be difficult to like the character. Plus he's done musicals now too, like How to Succeed in Business without really trying.

One of the two leads in Sunshine on Leith, I think Guthrie would make a sweet Boq. He's since been in Fantastic Beasts and Dunkirk so he's not totally obscure, and although his voice isn't a big Broadway one, it's nice to listen to - and Boq doesn't have to sing much anyway.

We know from her turn as Umbridge that she can do sinister, smirking and smug to perfection. And she can sing, as evidenced by her run in Gypsy. I think she'd be a great choice!

Because they've got to get her in somehow, haven't they? And I can kind of imagine her doing it. 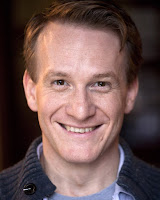 Not sure why I think he would suit this role, I just do. He's done stage (including musicals like Guys and Dolls) and screen and he was great as Harry in Cursed Child. I'm showing off today, aren't I?

I know him best from Titanic and Legally Blonde and thinking of his role in the latter (appears to be a nice guy at first but is actually pretty dodgy) I can definitely envisage him as the wizard.

So what do you think? Who would be your choices for the Wicked movie?