My Family and Other Animals/ The Durrells: Book vs Series 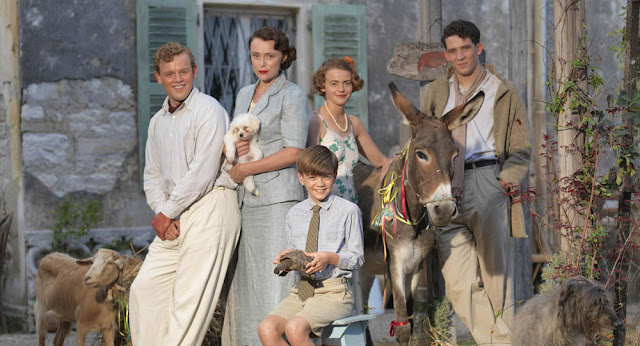 The second series of The Durrells starts tonight and I'm sure it'll make great spring Sunday viewing. Since watching the first series, I've also read the first book in Gerald Durrel's Corfu Trilogy on which the ITV series is based (My Family and Other Animals) so I thought it was time for a quick review. My Family and Other Animals is an autobiographical novel, based on the life of 11 year old Gerry during the years in which his family upped and moved to Corfu. As a naturalist in later life, the author is focused very much on the animals he encounters there, but my favourite bits were about the family. Gerry's mother is a widow and he has three elder siblings, Larry, Leslie and Margot. The characters jump right off the page and they really made me laugh. Because they're a real family they're horrible to each other as often as not, but I loved them all the same. The book (and assumedly the others in the series are the same) I found to be a great, light read for summer. 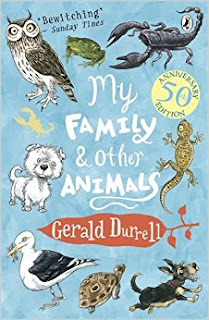 The book reads more like a series of anecdotes than a novel, but the family stories were very funny, and the bits about nature and the animals were beautifully described. Corfu is depicted in such a way that you're really drawn into the world and can picture all the little every day details that the author conjures up. Saying that, the 'nature-y bits' were slow reading at times, mainly because I'd rather hear about what the rest of the family were doing. Still some of it was fascinating enough to make me pay attention - and it was amazing what the author could remember. Despite being written in the fifties   and set in the 1930's, the book felt very modern to me, both in the writing and in the characterisation. I guess that's because it's not a period piece, but written from life. The characters don't feel stuffy or too deliberately 'of the time.' Their eccentricities were hard to believe sometimes, but I did believe them - If you wrote down some of my family stories they'd sound un-believable too.

The TV series got a lot of things right, but I had some issues too. As the book is mostly focused around everyday-life kind of stories, the plots are pretty different, but the look and feel of the production is perfect. And the children were spot on. The casting was great and they're very similar to their characters in the book. Gerry feels a bit side-lined and Larry (my favourite, despite how awful he is) takes centre stage a lot of the time, but I feel like that would have been difficult to avoid, as Gerry's just a kid and spends most of his time off with the animals. The biggest difference between the book and the film is the character of Louisa Durrell (the mother of the family) and for me, this changes the tone of the show more than you might expect . 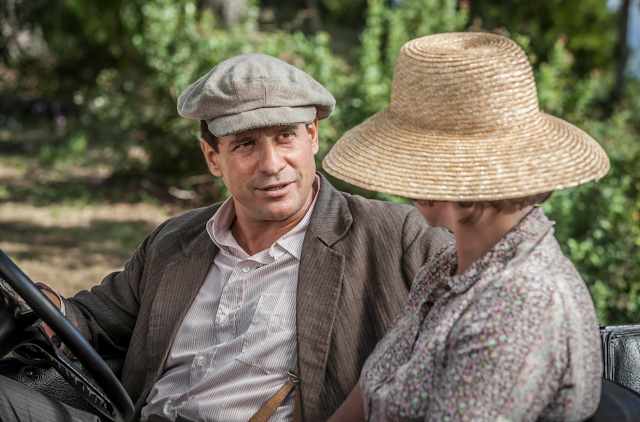 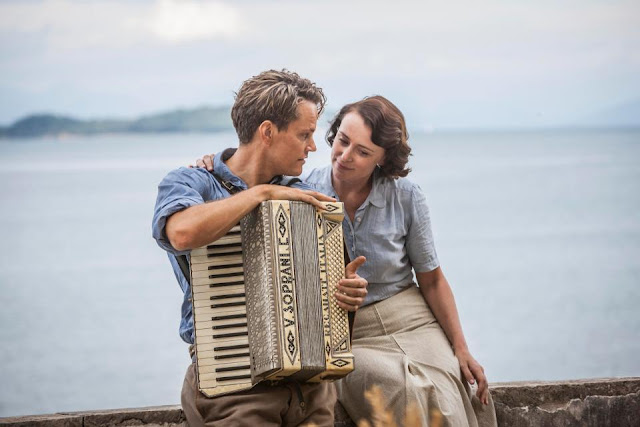 In the book, the mum mainly potters about gardening and cooking, yet in the TV series it's all about the love interests.  I liked that they gave Louisa more to do, but somehow she seems to have become the central focus (which may have something to do with the casting of the lovely Keeley Hawes) and  that's part of what makes everything a bit more adult. I'd expected The Durrells, even before reading the book, to be your standard Sunday family fare - a bit like Our Zoo, and not just because of the animals. But after a couple of episodes, I wasn't sure who the target audience was supposed to be. I liked it a lot, but a lot of the humour and plots are more geared towards adults and there are plenty of sex references (in fairness, a lot of that is Larry, who is sex-obsessed in the book as well). But then the stuff with the animals seems aimed at a younger audience? And having Louisa as the main character seems like they're also trying to attract older people (not that Keeley Hawes is old by any stretch of the imagination. But you know what I mean.) If I was pitching The Durrells I'd still say it was family watching - but maybe more for families like mine (and the Durrells themselves) with older kids? Maybe. Who knows. But basically the tone was a bit all over the place. 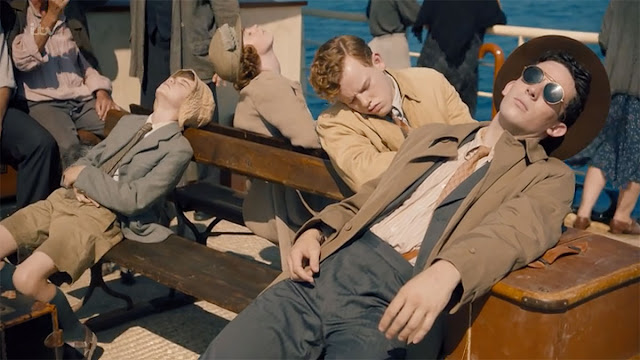 Overall, I'd recommend the both The Durrells and The Corfu Trilogy for the characters and because it's fun. And also for the summery feeling created by the gorgeous depiction of Corfu. The plots aren't particularly memorable, but the characters and the setting are. Worth a read and watch if you're looking for something light. Plus, watch out (in the series) for Leslie Caron (Gigi, An American in Paris, Father Goose) in a small role. She's still going, and she still looks great!

Have you seen The Durrells or read the books? Or maybe watched the old series? What do you think of them?