I Capture the Castle: Book vs Film 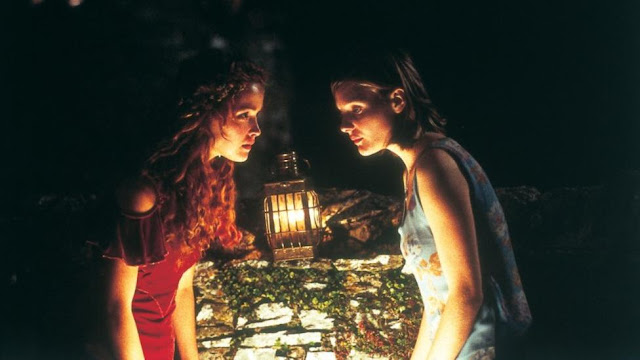 On a slow Sunday afternoon a couple of weeks ago, my sister and I were sitting in bed scrolling through Netflix, looking for something new and vaguely period-drama-ish to watch. We stumbled on I Capture the Castle and since it's a book that I've always been curious about (I'm sure we've got a copy somewhere, probably in the shed) we thought we'd give it a go. It's rare nowadays that I read a book or watch a film without any prior knowledge of the plot, and it was fun trying to guess what would happen next and who would end up with who. It was an odd film, but good, with a great cast and it finally prompted me to read the book.

Written by 101 Dalmatians author Dodie Smith, I Capture the Castle is the story of an eccentric family living in rented castle in 1930's England. The father is a writer who's second novel has been on the back-burner for twelve years, leaving them poverty stricken, and they've not paid the rent for a good while when two eligible American bachelors come into their lives, one of who happens to be their landlord. From it's famous opening line ("I write this sitting in the kitchen sink") you get a feeling for what the book is going to be like.

I found it easy to read and very difficult to put down. Written from the point of view of seventeen year old Cassandra Mortmain I was quickly drawn in by the characters and the intriguing set-up of the family. Cassandra is likeable with an engaging narrative voice, and because it's written in first person the pace seems faster somehow, despite the fact that nothing much happens throughout. What makes I Capture the Castle unique, I think, is that it's a 'young adult' book, written in a time (1950's) before that was really a 'thing'. It's probably why so many people, who read it first as teenagers, love it so much. The style falls somewhere between children's favourites like Anne of Green Gables, and adult classics like Pride and Prejudice - except the writing's much simpler and easier to read. It also reminded me of some of my own favourite teenage reading - the Casson Family books by Hilary McKay. I'm pretty sure she must have read I Capture the Castle in her youth. 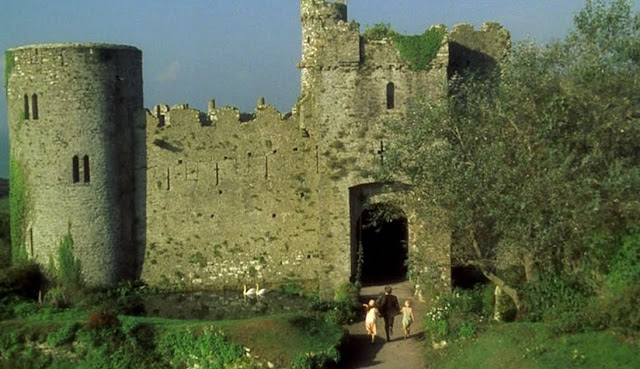 I enjoyed the book very much and I'd definitely recommend it, but I don't think it'll be knocking any old favourites off my top spot. I probably read it a bit late for that. In the way that I get impatient with Mia now, when I re-read The Princess Diaries (yet fully sympathised with all her whining when I read the books in my mid-teens) I got a tiny bit irritated with Cassandra towards the end of I Capture the Castle. I know she couldn't help it, but I did occasionally want to shake her. I think that was both a weakness and a strength of the book. The characters were realistic and very well-rounded, but because of that they weren't always easy to like. I did like them though, overall, and even the dad won me round a little (in the book) although when I first watched the film I just thought he was horrible. My favourite character, oddly, was the vicar. But he was quite a minor character and hardly in the film at all. 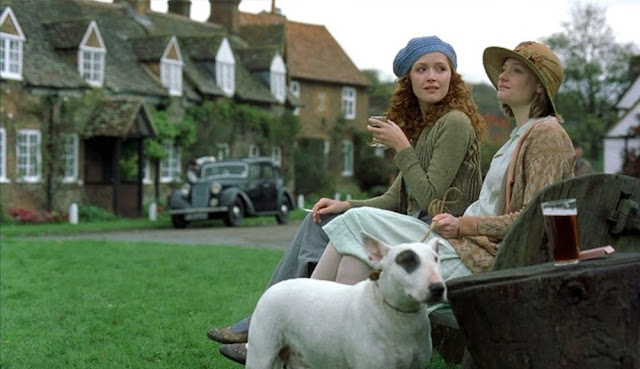 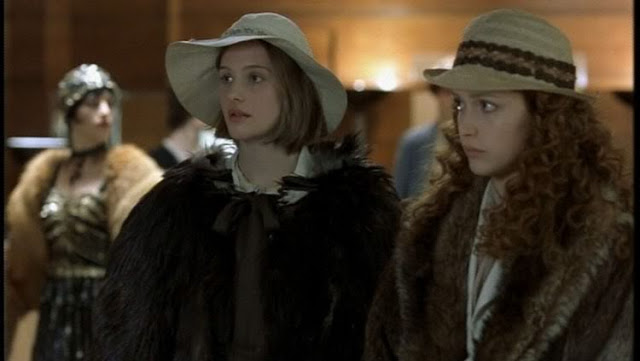 Having read the book, I'm embarrassed to say I went and watched the film again, and I enjoyed it much more once I was familiar with the characters and the set up. Overall I thought it was a really great adaptation, very faithful and very well cast. It wasn't perfect however. I think they could have explained Stephen's role in the household better (although they struck very lucky with the casting of a very young Henry Cavill. When they talk about how good-looking he is at least you can't question it) and parts of the end felt a bit rushed. I also thought the film felt a little too down-beat when you compare it to the book - although in the first half the humour was re-created very well. I feel like some of the down-beat-ness (particularly a scene between Cassandra and her dad in the tower where I got a bit weepy) and some of the slight tweaks to the plot towards the end of the film, were brought about because the screenwriter (Call the Midwife creator and adapter of Ballet Shoes Heidi Thomas) didn't want to sweep Mr. Mortmain's bad behaviour under the carpet. Which in all honesty was probably needed. The gender politics of I Capture the Castle are a bit antiquated (although nowhere near as bad as in Smith's other famous novel 101 Dalmatians - the sexism in that is unreal). I know it's of it's time, but I wanted to scream at Cassandra every time she rushed home from whatever she was doing to make lunch for her dad and the 'boys' (aged 15 and 18.) THEY CAN MAKE IT THEMSELVES!! 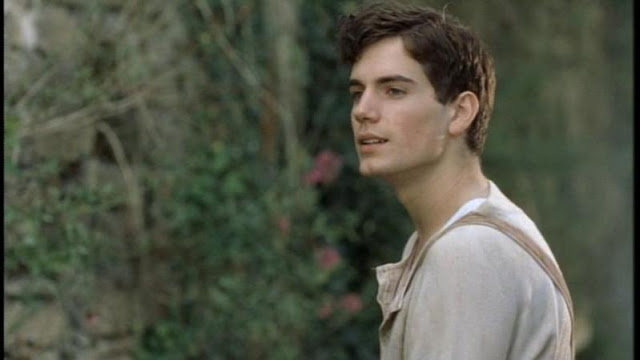 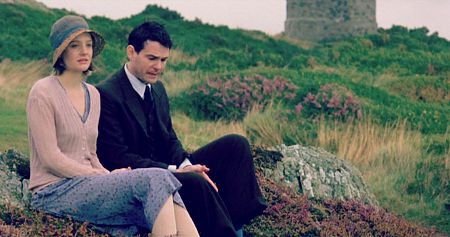 The best thing about the film, I'd say, was the cast. (Although I should also put in a good word for the costumes). A 'who's who' of stars before (and after) they were famous, the acting was great across the board. I was particularly impressed with a young Rose Byrne as the elder sister Rose, and Henry Thomas (Elliot from E.T!) as Simon. Romola Garai did wonderfully in her first big film role (although her wishy-washy voice does grate on me a bit),Bill Nighy is always good value and Henry Cavill doing his lovelorn-and-bashful bit will break your heart. That scene with the wireless...

(Just so you know, this is one of those trailers that feels it has to tell you the whole story...)

Overall, I would definitely recommend both book and film: for fans of period drama, Jane Austen, The Cassons (or other eccentric family books) or just a good teen read. It's also a great read for Spring (I love that scene where they're sitting outside the pub, it captures the English springtime so well) and I was glad I finally gave it a shot.


Have you read I Capture the Castle or watched the film? One of your favourites? What did you think?