On first read, Sense and Sensibility was my least favourite of Jane Austen's books. I couldn't quite place my finger on why. Maybe because I'd expected a lot, or because I already knew the story well. Because the film was so good and because I'd enjoyed the TV series. Maybe because in a lot of ways this book feels like a more serious Pride and Prejudice, or, being Jane Austen's first published novel, it's not as fine-tuned as the others. Whatever the reasons, it's a while since I read it, so I thought it was time I gave Sense and Sensibility another try. I listened to this free audio book (I thought the reader was great for an unknown - although the way she said 'Mary-Anne' did my head in to begin with) and discovered that it was much better than I remembered! Hearing the words out loud, I realised how funny it was. I was laughing a lot. And now I'm older, I didn't find Marianne nearly so annoying and I liked Colonel Brandon much better. 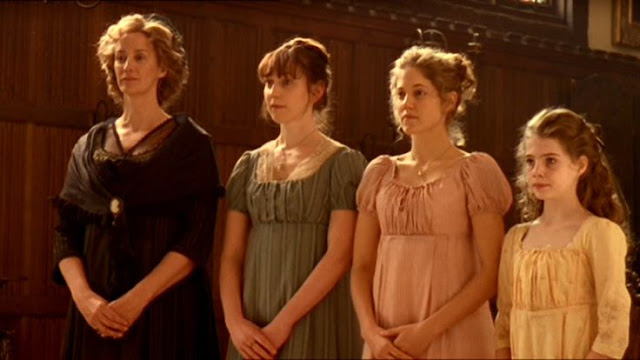 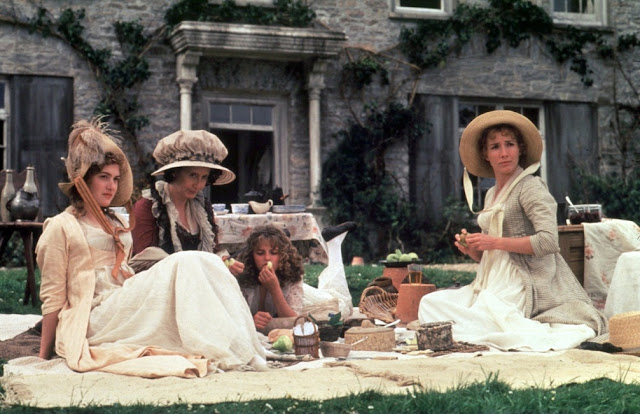 Sense and Sensibility is the story of two sisters, Elinor (the sensible one) and Marianne (the drama queen). When their father dies and his estate and fortune is left to their half-brother, the sisters, their mother and younger sister Margaret have to downsize. Moving to a cottage in Devon, Elinor leaves behind a budding romance with her diffident brother-in-law Edward Ferrars, while Marianne is thrown into the path of both the 'elderly' Colonel Brandon (aged thirty-five) and the dashing Willoughby. The story is a simple one and set in a world full of convention that has largely disappeared, but Jane Austen's characterisations are so real (often brutally so) and immediately recognisable that the story doesn't feel old-fashioned. People clearly don't change at all: everyone's met a teenager like Marianne or a kind but gossipy old woman like Mrs. Jennings. Unfortunately there are still Lucy Steele's in the world and you only need to watch five minutes of Made in Chelsea to recognise a Willoughby. (He's such a rat - the worst, and probably the most realistic, of all Austen's villains.)  It's weird to think Jane Austen was like twenty when she was writing this book. Makes you feel inadequate, doesn't it? 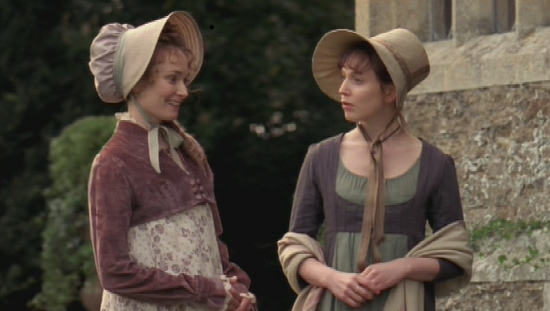 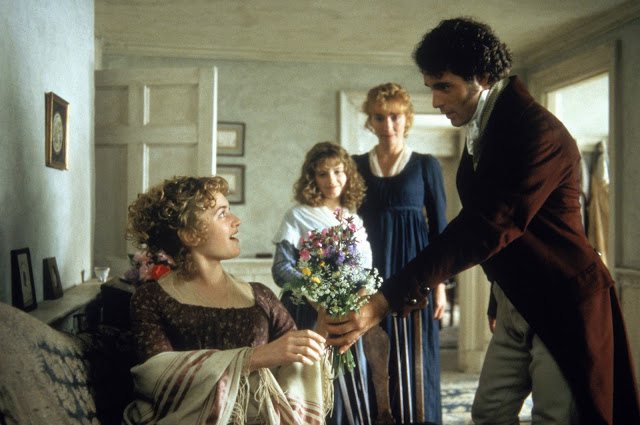 The thing about Sense and Sensibility though, is that it isn't as polished as the other novels (apart from Northanger Abbey, I guess.) The author seems to forget that Margaret exists a lot of the time, we don't really get any dialogue from Edward until way into the book (although in fairness, we still get the gist of his personality) and there are lots of conversations that go on waay too long, sometimes with little importance to the plot, where I felt Jane Austen was just using her characters to have a bit of a rant (e.g about people who pretend to admire art and romantic views, but are really just talking for the sake of it). In a roundabout way they do shine a light on certain characters personalities or foreshadow future events, but still, I bet she would have edited down if she was writing later in her life. My point is, that Emma Thompson, in adapting the book into an Oscar winning film, did a great job translating Sense and Sensibility to the screen, making Margaret and Edward more fully formed, recognising the humour and staying true to the story while emphasising the best bits. 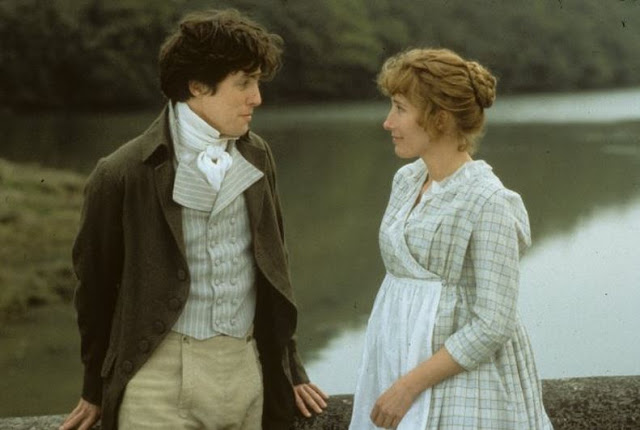 Andrew Davies's version of Pride and Prejudice is my acknowledged favourite when it comes to Jane Austen adaptations, but after re-reading S&S I'm inclined to think that Emma Thompson had the more difficult job - and she pulled it off magnificently. The only flaw I can find in the 1995 film, is that everyone looks too old. But I love the way the Elinor/Edward relationship is built up (Hugh Grant makes a lovely Edward, I think, and is under-rated in this role) and how certain scenes have been tweaked to romanticise Colonel Brandon and Marianne's partnership. It could have been a hard sell, and a lot of people still aren't convinced. But I think they're well-suited and I'd say the film does a good job of showing us that. (I love that they get him in his red coat at the end!) And the characterisation of Margaret is a triumph. She has maybe two lines in the book, which give us a glimpse of her personality, but Emma Thompson has run with that and made the bonus Dashwood into one of the best bits of the film. I wonder what happened to that actress, she was great. 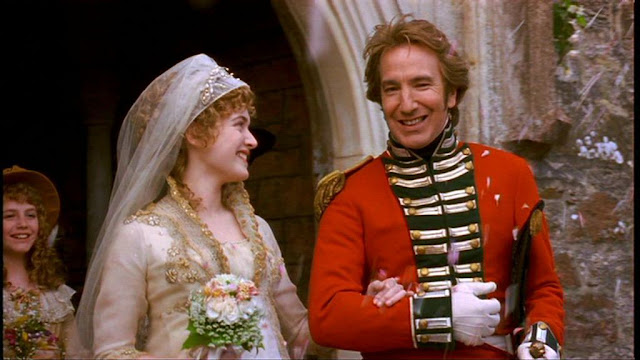 True to form, Andrew Davies's mini-series was also really good  - and again it's hard to find flaws. But I think it suffers because there wasn't really a need to for a new adaptation yet. Everyone loved the film, and it was faithful and funny and fresh. There wasn't much Davies could do to improve on it - although he tried. The cast looked the right age this time and I really liked the casting with the exception of Willoughby. (I'm just not attracted to Dominic Cooper, although I realise I'm in the minority here.) I appreciated that he included bits that were missing from the film, like the elder Steele sister (love her!) the duel between Brandon and Willoughby (although not much comes of that, so I can see why it was originally left out) and the bit where Willoughby comes to see Elinor when Marianne is sick - which is a great scene in both the book and mini-series, but again, I can see why it was left out of the film (we don't want to feel too sorry for Willoughby because HE DOESN'T DESERVE IT.) Then there's the wood-chopping scene, which was an obvious attempt to sex-up Edward and try and make him into Mr. Darcy. Sadly, it doesn't really work, because...Dan Stephens, bless him. And Edward too, they're just not meant to be sexy. But still, I like that the scenes is there - it makes me laugh. 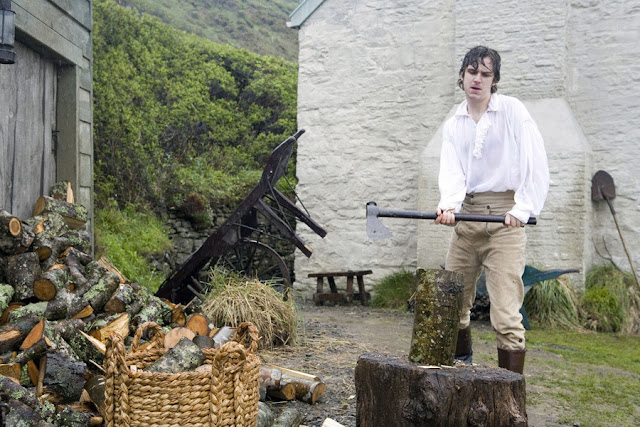 Overall, if I'm comparing the two adaptations, I'd say Emma Thompson's edges it - but mainly because it got there first. I think they're too similar for the mini-series to seem original in any way, and things like building up the character of Meg - which Andrew Davies also did really well  - are hard to rate because the film did it first. I think I do actually prefer the Margaret of the TV series though, she's got great comic timing. I also like the costumes and the styling much better in the newer adaptation and Colonel Brandon is better for being younger...although, Alan Rickman did a fantastic job, age aside.

Comparing the adaptations to the book is always going to be tough, but on this read, I think I liked the book better. I love how brutal and sarcastic Jane Austen is in her descriptions, and I kept going back to listen whenever I had a spare moment - the audiobook version of un-putdown-able. The film and TV series however, require very little to make them perfect. I'd say that they're two of the best book-to-film adaptations out there. I hope the world of film and TV leave it a while before going back to Sense and Sensibility - it's time for a decent Mansfield Park instead.


Have you got a favourite adaptation of Sense and Sensibility? Do you prefer the book, film or Mini-series?