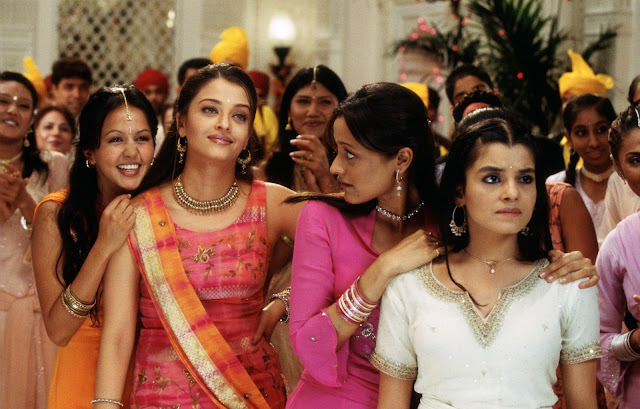 (Written for the 'I love Austen' week at Hamlette's Soliloquy)﻿

When it comes to updating the classics, Jane Austen's novels have had their fair share of modern adaptations. I'll give anything a try, whether truly terrible (Scents and Sensibility) or pop culture phenomenon (Clueless, Bridget Jones' Diary). In general though, they're good. Jane Austen wrote people so well that when you bring her stories and characters into the modern day they still resonate, their heartaches and family dramas still familiar. After all, cultures and customs change but people don't. Or not that much. In Bride and Prejudice, director Gurinder Chadha (Bend it Like Beckham, Angus Thongs and Perfect Snogging) brings Jane Austen's most famous story to modern day India. That means big, bright Bollywood numbers, gorgeous clothes and a clash of lifestyles (here Darcy is an American big-business man and Lalita, aka Lizzie, is a native Indian with very little family money) to rival that of the original. 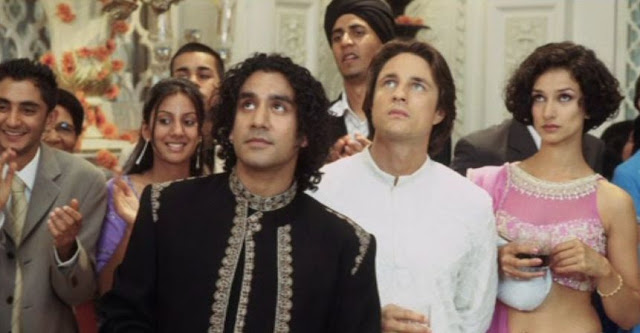 The story begins as Lalita and her family (mum, dad and sisters Jaya, Lakhi and Maya - poor Kitty is left out again) set out to the pre-wedding party of Lalita's friend. There, the best man Balraj (read: Bingley) a wealthy English man, catches the eye of the eldest sister, and his American friend Will Darcy manages to offend Lalita. It all spirals from there and sticks pretty close to Austen's plot, considering. I was confused why they needed an Englishman and an American, as it means lots of continent hopping, but the film manages to make it work. 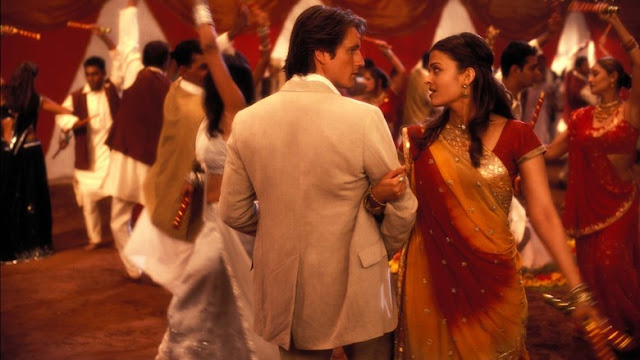 One of my absolute favourite things about Bride and Prejudice is that it retains the humour of the original so well, and none more so than in the scenes with Mr. Kohli (aka Collins). A distant relation, Kholi has moved to the US and likes to boast about things like his hot-tub bath "with super-jets" and irritates Lalita, in particular, by being dismissive about his country of birth. Mr. and Mrs. Bennet also make a great comedic team - they do the "and I will never talk to you again... if you do" scene, really well (better than in the Keira Knightly version anyway, where the director obviously COMPLETELY MISSED THE JOKE. But I digress.) Basically, Bride and Prejudice is a rom-com that lives up to the comedy side, and there are loads of great quote-able lines. 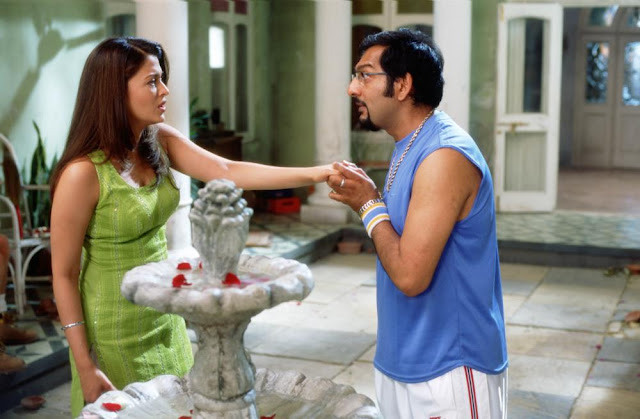 Other than the characterisations, the fun twists used to adapt the story and the humour, I love Bride and Prejudice because... well, it's a musical, isn't it? The Bollywood numbers are big and colourful, but there are also a couple of slower paced songs and a great catchy one between the sisters "No Life without Wife" where it's nice to see Maya (aka Mary) joining in.

Bride and Prejudice is one of my favourite films, but that's not to say it doesn't have its flaws. It's very cheesy, Wickham is super creepy and it's hard for me to believe that Lalita would fall for him. The characterisation of Lalita herself is a little bit off (I sometimes think she's slightly too serious) and the no-kissing-only-looking-like-they're-about-to-kiss-but-never-quite-getting-there (as some kind of stylistic choice I think - or is it a Bollywood thing?) is very frustrating. Still, there's a lot more good than bad. It's a fun, frothy film but true to the feel of the book, and the characters and the clothes really are lovely. Will someone invite me to an Indian wedding please? 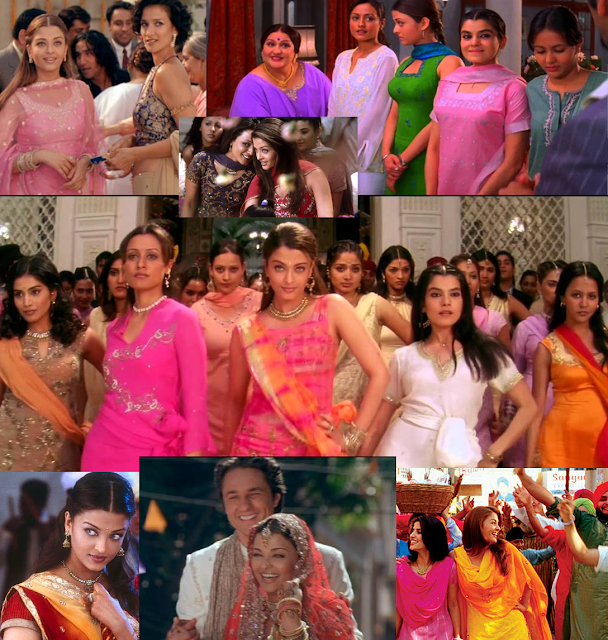 Overall, this is a must-see for Pride and Prejudice fans and an incredibly feel-good film. Here's the trailer, in case you need more persuading!