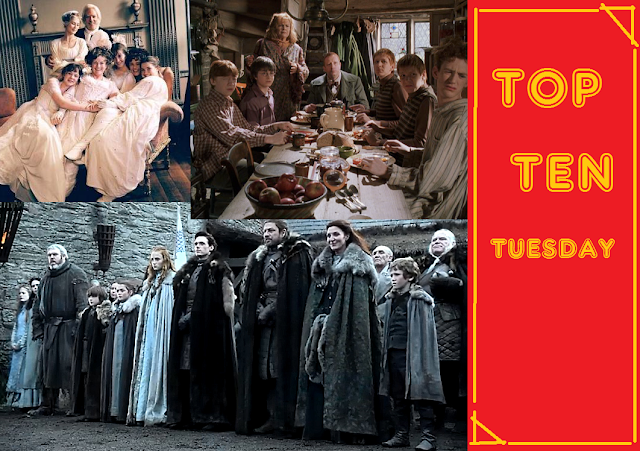 This week on Top Ten Tuesday it's a freebie topic, and for once I didn't struggle to think of something. I've been re-reading the Casson family books (a teen series from the noughties by Hilary McKay) and re-discovering just how much I love them all, and so I got to thinking about what other fictional families hold a similar place in my heart. Here's my list - any you're familiar with?

The Cassons
(from The Casson Family series by Hilary McKay) 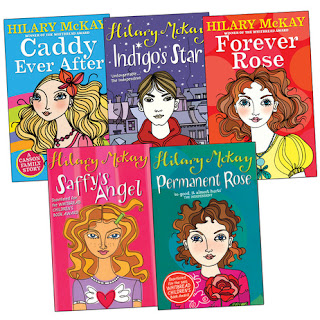 “...over the following few weeks Tom became part of the Casson family, as Micheal and Sarah and Derek-from-the-camp had done before him.
He immediately discovered that being a member of the family was very different from being a welcome friend. If you were a Casson family member, for example, and Eve drifted in from the shed asking, "Food? Any ideas? Or shall we not bother?" then you either joined in the search of the kitchen cupboards or counted the money in the housekeeping jam jar and calculated how many pizzas you could afford. Also, if you were a family member you took care of Rose, helped with homework (Saffron and Sarah were very strict about homework), unloaded the washing machine, learned to fold up Sarah's wheelchair, hunted for car keys, and kept up the hopeful theory that in the event of a crisis Bill Casson would disengage himself from his artistic life in London and rush home to help.”

Artistic, kind and eccentric, the Cassons are a 21st century family from the North of England, where the kids are all named after colours: Cadmium Gold, aka Caddy (Scatter-brained, beautiful, animal-mad) Saffron (ruthless, intelligent, but her name's not on the colour chart...) Indigo (brave, sensitive, thinks of his sisters as his pack) and Permanent Rose (bold, artistic and the author's clear favourite). Plus there's the well-meaning but occasionally neglectful parents, Eve (generally painting in her shed) and Bill (lives mostly at his studio in London and considers Eve's work 'not exactly art'.) They're all distinctly different, but immensely loveable  - even awful Bill - and they love each other, which is the important thing. Every one of the six books made me laugh out loud and cry proper roll-down-your-cheek tears, even reading as an adult.


The Weasleys
(from the Harry Potter series by J.K Rowling) 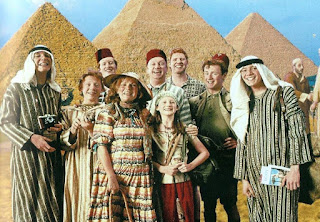 'Percy Weasley stuck his head through the door, looking disapproving. He had clearly gotten halfway through unwrapping his presents as he, too, carried a lumpy jumper over his arm, which Fred seized.
"P for prefect! Get it on, Percy, come on, we're all wearing ours, even Harry got one."
"I — don't — want —" said Percy thickly, as the twins forced the jumper over his head, knocking his glasses askew.
"And you're not sitting with the prefects today, either," said George. "Christmas is a time for family."

The first fictional family to spring to mind, you can't dislike the Weasleys. According to the Malfoys their trademark characteristics are "red-hair, freckles and more children than they can afford" but to Harry they're the best kind of wizards. They're a lot of fun and they always make him feel welcome, they're overtly wizarding, yet they set no store by 'blood-status'. Gryffindors in the truest sense they're also always the first to step up in a crisis.  Where would Harry be without them?

The Bennets
(From Pride and Prejudice by Jane Austen) 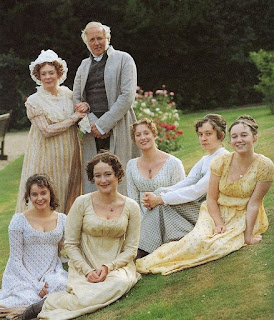 "And we mean to treat you all," added Lydia, "but you must lend us the money, for we have just spent ours at the shop out there... Look here, I have bought this bonnet. I do not think it is very pretty; but I thought I might as well buy it as not. I shall pull it to pieces as soon as I get home, and see if I can make it up any better."

The Bennets aren't the fictional family that most of us would aspire to be like, but they're definitely one of the more memorable (and likeable!) They're a little dysfunctional and if they were your family they'd embarrass you in public on a daily basis. But they love each other really, and the affection between Jane and Lizzie, and that between Elizabeth and her dad is particularly heart-warming. Plus, they'd make you laugh.

The Finchs
(from To Kill a Mockingbird by Harper Lee) 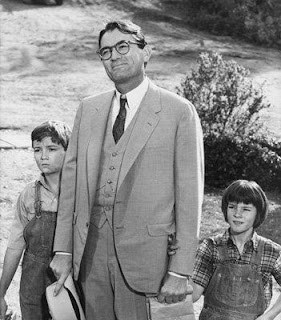 “When they finally saw him, why he hadn't done any of those things . . . Atticus, he was real nice.”
His hands were under my chin, pulling up the cover, tucking it around me.
“Most people are, Scout, when you finally see them.”

The Finch family are a tight little unit, and if this was a list of 'top book dads' Atticus would almost certainly be at the top. The relationship between Jem and Scout is sweet too, Jem looks after her and she looks up to him, but they still fight and he remains a believable big brother. A lot of the families on this list are more dysfunctional than anything else, but the Finchs are definitely a family to admire.
﻿

The Starks
(from the Song of Ice and Fire series by George R.R. Martin) 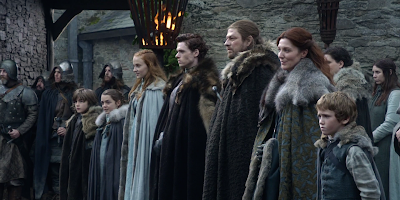 “It's just a stupid sword," she said, aloud this time...but it wasn't.
Needle was Robb and Bran and Rickon, her mother and her father, even Sansa. Needle was Winterfell's grey walls, and the laughter of its people. Needle was the summer snows, Old Nan's stories, the heart tree with its red leaves and scary face, the warm earthy smell of the glass gardens, the sound of the north wind rattling the shutters of her room. Needle was Jon Snow's smile.”

The poor Starks. Their decency and honour is their downfall a lot of the time, but it's why we love them. That and the fact they actually love and care about each other, unlike the rest of Westeros. I think Ned and Robb are possibly my favourites but I like all of them for different reasons. At least they had a few happy years together before it all came crashing down, which is more than you can say for a lot of Game of Thrones characters.

The Durrells
(from The Corfu Trilogy by Gerald Durrell) 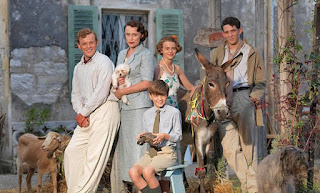 'Les, muttering wrathfully, hauled the bedclothes off the recumbent Larry and used them to smother the flames. Larry sat up indignantly.
'What the the hell is going on?' he demanded.
'The room is on fire, dear.'
'Well, I don't see why I should freeze to death... why tear all the bedclothes off? Really, the fuss you all make. It's quite simple to put out a fire.'
'Oh, shut up!' snapped Leslie, jumping up and down on the bedclothes.'
I discovered this lot through the recent TV series, which drew me to the first book My Family and other Animals. Based on the author's real childhood, when his family randomly moved to Corfu, the books are laugh-out-loud funny and the characters are loveable if dysfunctional. The TV adaptation kept the characters very close to their book counterparts (I especially love Larry even though he's awful) except for the mum, who's a bit more vague in the books and seems to mostly potter about cooking and gardening.

The Fossils
(From Ballet Shoes by Noel Streatfeild) 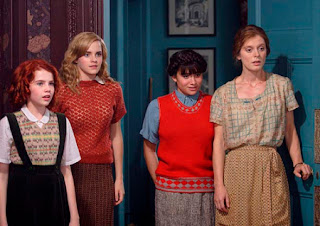 '"We three Fossils," she said in a church voice, "vow to try and put our name in history books, because it's our very own, and nobody can say it's because of our grandfathers." She made a face at Petrova, who hurriedly held up her right arm, and grabbed Posy's and held it up too.'
Pauline, Petrova and Posy began their lives as orphans, brought home by Sylvia's Great Uncle Matthew (Gum) as curiosities/presents for his niece (because women love babies don't they?) With a surname all of their own, the Fossils become the heart of a new and unconventional family, including Sylvia, Nana (her old nanny, not a blood relation either) the servants and the house boarders. The sisters have their trials - often money related, Gum didn't leave them with much - and they're not always likeable, but they're no less close for the lack of a blood connection, and as the oldest of three sisters I can definitely relate.

The Poldarks
(From The Poldark Saga by Winston Graham)

“They are all sentimentalists at heart, the Poldarks, Verity thought, and she realized suddenly for the first time that it was a dangerous trait, far more dangerous than any cynicism.”
The Poldark books are essentially a family saga, and although the family themselves are flawed and pretty problematic, the relationships between them feel real and are easy to invest in. Whatever I think of Ross and Francis, the cousins love each other and I think that shines through, despite their feuds and fallings out. I love Ross and Demelza's little family unit when they're in a good place (lets not mention The Very Bad Thing) I like Verity and Demelza's friendship, and although I'm not attached to the next generation, I am fond of Geoffrey Charles and I love Morwenna and the Carnes (especially Drake). I like Elizabeth too and I wish she and Demelza had had the chance to become friends. 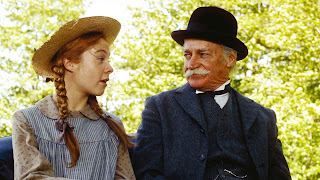 Another slightly unusual family, Matthew and Marilla Cuthbert are brother and sister, not husband and wife, and Anne Shirley is the adopted daughter that they never knew they needed. I've only read the first Anne of Green Gables book, and for me, the relationship between these three was the best bit about it. I love how shy Matthew is fond of chatty Anne from the off, and how Marilla gradually softens up to her, despite originally wanting a boy to help out on the farm. Like the Fossils, the Green Gables family prove that blood isn't always thicker than water.

The Large Family
(from the Large family books by Jill Murphy) 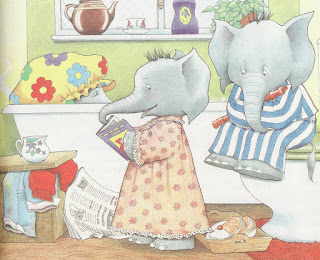 'In came the little one with a trunkful of toys. "For YOU!" he beamed, flinging them all into the bath water.'

When trying come up with a final family for my list, I went back further than usual, to characters I discovered very early in my reading life. The Larges are a family of elephants that feature in picture books by Jill Murphy, and the characters are easily recognisable.  In Five Minutes Piece, Mrs. Large just wants five minutes to herself in the bath but the kids keep coming in making her listen to their recorder practice, etc. In A Piece of Cake, mum decides she's fat so the whole family go on a diet, until they crack, and one of the kids points out that they think 'Elephants are meant to be fat.' There's All in One Piece too, where the parents are trying to get ready to go out without getting covered in paint or whatever.  I loved the books as a kid, but thinking back, I reckon parents would appreciate them even more than the children they're intended for.

Who are your favourite fictional families?