The first instalment of Fantastic Beasts and Where to Find Them has just been released in cinemas, and I really enjoyed it. Previously I was a bit exasperated at the thought of a five film franchise, but now I'm excited. J.K Rowling has revealed that Dumbledore is going to be in the next one, and she's already got an idea of who she wants to play him - although she's not telling! It looks like the films might be leading up to the big battle between Dumbledore and Grindelwald (or we'll at least see some of Grindelwald's ascent to power) so it'll be a youngish Dumbledore that we meet. He should be roughly mid-forties (although I think they're looking for someone either forties or fifties, judging by a certain character already cast...) more troubled, and less of the sage than man we've come to know.

“I don’t necessarily want him to look like Michael Gambon or Richard Harris. The two of them didn’t really look that much alike, but you want to capture the twinkle. You want to capture the wisdom, and the experience. But you also want to capture the mischief. Also, the man has demons. He’s not the same person we might imagine him to be. There are a lot of other sides to him. What we want is to find someone who is a great actor, who will be a worthy adversary."


Dumbledore at this stage of his life - what J.K Rowling says are his formative years - has already lost his mother, his sister (through partially his own fault) and has become estranged from his younger brother. He's been in love and watched as the person he loved revealed his true dark nature. But he's also achieved great things, and has been working as a teacher at Hogwarts. We know one day he'll become the school's wise and benevolent headmaster, so you've also got to keep in mind that person he will become. Oh, and he's a red-head.

So who do you think would make a good Dumbledore? It's a role that will be a big ask for an actor, and so much great British talent is already ruled out from having appeared in the original films. But there'll be someone out there who could make a good stab of it. Here are some of my first thoughts. What do you reckon? 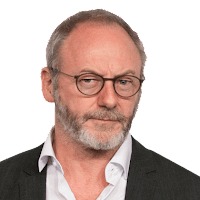 Age: 55
Where you'll know him from: Currently plays loyal and sensible Davos in Game of Thrones. Back in the day he was the dad in The Little Princess.
Why I think he'd be good: Twinkly, Irish (I know Dumbledore isn't technically, but both Michael Gambon and Richard Harris played him that way) he can play kind, but also tough and troubled.
Cons: Probably a bit old looking and possibly a bit too rough and ready.
﻿
Michael McElhatton
﻿ 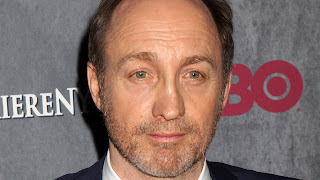 ﻿
﻿
Age: 53
Where you'll know him from: Game of Thrones again, he plays Roose Bolton.
Why I think he'd be good: That voice! (Kind of similar to Michael Gambon's too, when you listen, see here) he doesn't look too old and he's got gravitas.
Cons: I've only ever seen him play evil, so unsure whether he could pull off 'kindly'. 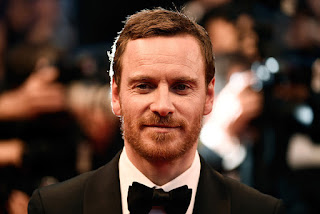 Age: 39
Where you'll know him from: He's everywhere. Most likely from X-Men, where he plays a young Magneto. Was also in 12 Years a Slave and played Rochester in the newest adaptation of Jane Eyre.
Why I think he'd be good: He plays a young Ian McKellan in X-Men, and McKellan was originally asked to play Dumbledore (but turned it down as it would be too close to Gandalf and probably confuse people.) He'd be a strong Dumbledore, and quite mischievous maybe.
Cons: Possibly not warm enough? A bit on the young side. 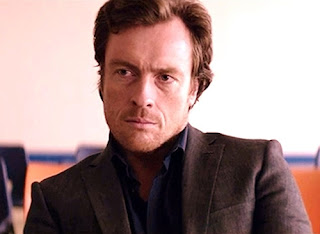 Age: 47
What you've seen him in: He's everywhere, but to me he'll always be Mr. Rochester (Jane Eyre, 2009).
Why I think he'd be good: He's the right age, the right colouring and he was very twinkly as Rochester. But he can do serious too. Plus, he's Maggie's Smith's son so he's got a good Potter pedigree.
Cons: He's another one who plays mostly villains, but I'm sure he's got a softer side.
﻿ 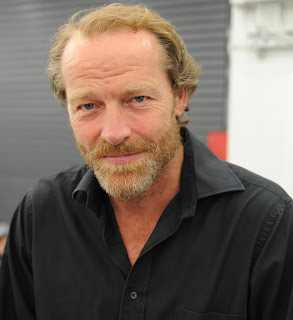 Age: 55
Where you'll know him from: Another Game of Thrones cast member. Was also Lady Mary's sometime newspaper-man fiancée in Downton Abbey.
Why I think he'd be good: He's got the right look, he can do an Irish  and an English accent (he's Scottish apparently - who knew?) he's got a warmth but also a sadness about him (or he does as Jorah) that I think Dumbledore would have at this point.
Cons: A bit old, maybe, and maybe a bit too sad.
Hugo Speer 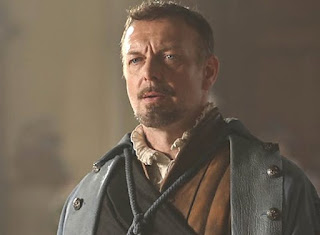 Age: 47
Where you'll have seen him before: He's recently played Captain Treville in the BBC's Musketeers, and he was in The Full Monty back in the day.
Why I think he'd be good: He's the right sort of age, right physical type - he did troubled as Treville and twinkly and fun in The Full Monty.
Cons: Probably not enough star quality. Looks a bit old too.
Richard Armitage 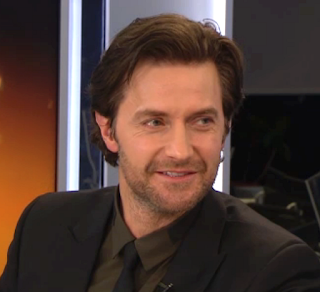 Age: 45
Where you'll have seen him before: Mr.Thornton in North and South, Guy of Gisborne in the BBC's Robin Hood and he married Geraldine in The Vicar of Dibley!
Why I think he'd be good: This one's a bit of a wildcard and I know he's the wrong colouring - but I think he could do twinkly and kindly although he usually plays quite gruff roles. I also think he could play the sadness.
Cons: I think he's drifting more towards theatre nowadays and he's just done a big franchise (The Hobbit) so probably wouldn't want to go straight into another one.


So that's some of the people I'd consider if I were casting. What did you think of Fantastic Beasts and who would you cast as the young Dumbledore?