The Prestige: Book vs Film 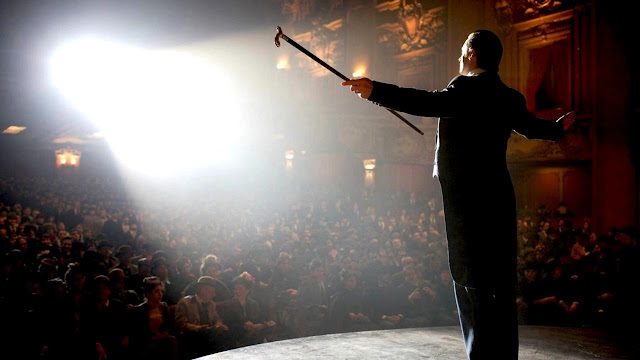 I first saw the Prestige at a teenage sleepover. It was a bit heavier than our usual fare (Honey, The Lizzie McGuire Movie, etc.)  and it's not the sort of film I would have picked for myself - dark, moody, lots of flashbacks - but from the very beginning I was gripped. Christopher Nolan's film about two feuding magicians may not be as famous as his other work (such as the Batman trilogy) but I like it much better. And it's at least better known than the book it was adapted from.
Written by Christopher Priest, The Prestige (novel) tells the story of Alfred Borden and Robert Angier, two young men living in Victorian England who are different in everything but their shared passion for magic - and later a shared desire to destroy and discredit the other. 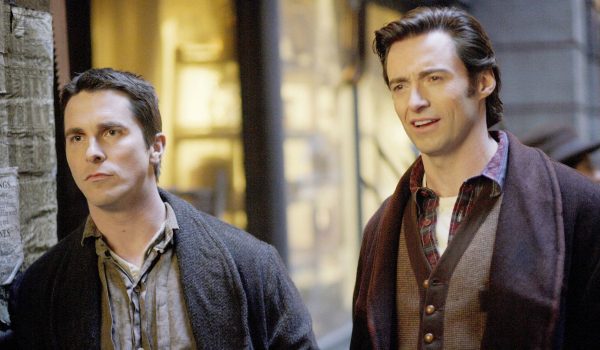 Despite some moderate differences, The Prestige sticks reasonably close to the plot of the original novel, the characters are very much the same and the themes and tone of the book are maintained well. The book is told from a number of different points of view - through Borden and Angier's diaries and also from the perspective of their great grandchildren: Kate Angier and Andrew Borden. The novel is framed by chapters from Andrew's P.O.V: living in the modern day he has been sent his great grandfather's diary and travels to meet Kate, who is trying to unravel the issue of their grandparents' feud. Although I'm glad they left the modern-day bit out of the film, it worked well in the book. It grabbed me and brought me into the story, whereas if I'd dived straight into Borden's diary I probably would have stopped reading after a page or two.

My biggest issue with the book was that it was very dry. I understand that Borden and Angier are men of the Victorian era, so would naturally express themselves in a more stiff and formal way, but it was draining after a while. Like reading a text book. Everyone took everything so seriously and not one of the characters had any visible sense of humour. The film is also pretty sombre in tone, but I can deal with that over a span of two hours. Reading a novel takes more of your time, and the book didn't get me itching to pick it up when once put down. I probably enjoyed Angier's section most, although I'll admit, I still skimmed the end. 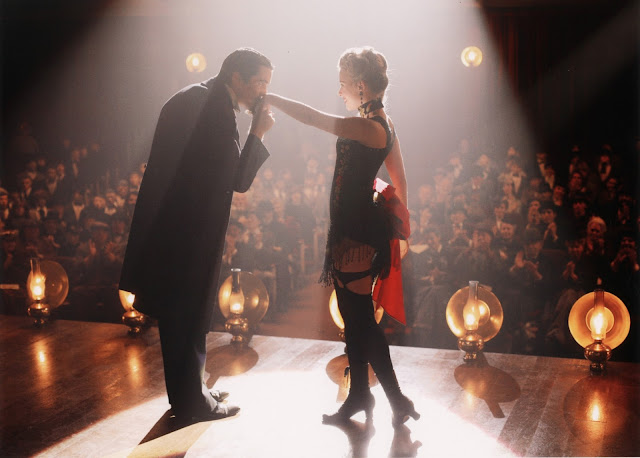 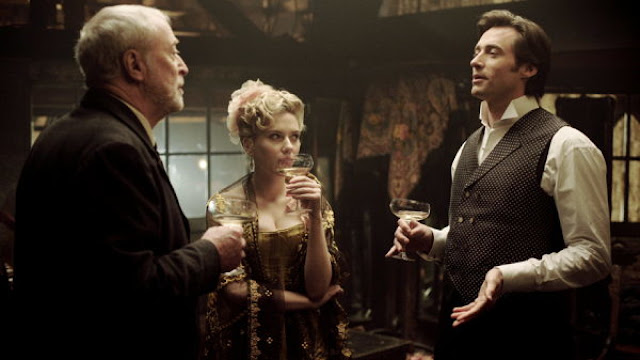 Overall I thought the filmmakers did a great job of trimming out the boring bits and getting down to the plot, which in itself is dark, clever and a great mystery. By cutting out Andrew and Kate, tweaking the storyline with Angier's wife and the beginning of the magicians' feud, and building Cutter (Angier's assistant) into a stronger character (perfect for Michael Caine!) the basics of the story stayed in and the more pointless or confusing sections were cut loose.


That's not to say the film doesn't have it's faults. At the beginning Michael Caine asks us "are you watching closely" and if you want to understand anything that follows you better listen to him. It's true, they're purposely tying to fool you, and no-one really wants to guess the twist. But do they have to do so many time jumps? Back forward, back forward, then somewhere in the middle. I can cope with a bit of that but if you're not 100% focused all the time you're going to get very lost. Which I did. This is the kind of film you have to watch four or five times before you really get it. The twist is great though. 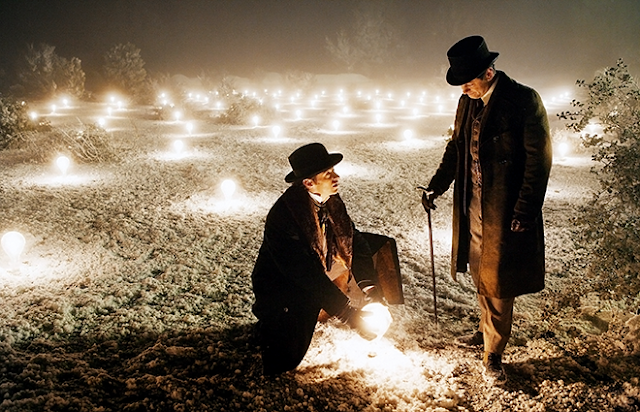 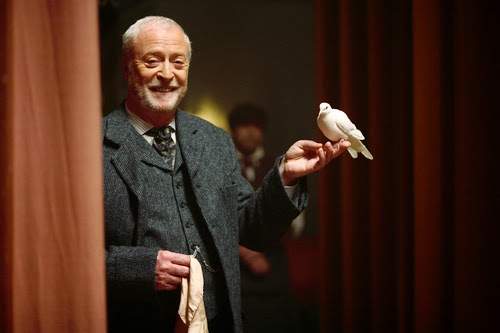 I've already said that this isn't my usual sort of film, but there's something about it that just gets to me. I love the atmosphere, there's a tension all the way through, it's almost unpleasant but it keeps you on the edge of your seat. I love the period setting, and there's some great acting talent, including Hugh Jackman, Christian Bale, Scarlet Johanssen, Andy Serkiss and Rebecca Hall. Oh, and David Bowie? The sci- stuff interests me less than the all the magician-y feuding, and the last act is a bit too crammed with plot, but the ending really packs a punch. Also Hugh Jackman looks fab in Victorian clothes. I can't say I could recommend the book - I struggled to finish it, and to be perfectly honest, it was dull. But it was clever, I'll give it that. And I'm glad someone recognised it would make a great film.