How do you forgive when a favourite character does the unforgiveable?


MAJOR SPOILERS ahead
- Poldark, Game of Thrones, Gone with the Wind 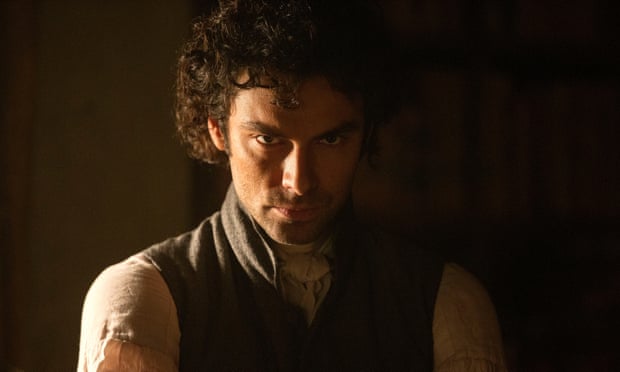 Sunday's episode of Poldark has already sparked controversy - as those of us who've read the books knew that it would. Ross has so far been depicted as a heart-throb and romantic hero (if infuriating and sulky at times) and so without being told, surely no-one would have predicted his abrupt fall from our good graces this week, following an event that is sometimes referred to, among book readers,  as 'the very bad thing'. I definitely didn't see it coming whilst reading Warleggan, and in the book there is very little doubt that it's rape, whatever author Winston Graham (and his son) insisted afterwards. Yet in the series, we were led to expect that the whole thing would be dealt with differently, that it would be changed into something consensual between Elizabeth and Ross. I wasn't sure what to make of a change like this, feeling an instinctive loyalty to the character of Elizabeth, as playing it this way would allow legions of series-watching- non- book-readers to lay the blame at her door rather than Ross's. But I'd accepted that this was for the best, since the alternative would be changing the plot completely, or else having Ross rape someone and being afterwards allowed to retain his hero status (as happens in the books.) However, Sunday night's episode was not quite what I was expecting. It stuck very close to the book in fact, and although I couldn't 100% call it rape, and Elizabeth seemed to consent in the end, it was decidedly dodgy. A bit of a Lady Mary and Mr Pamuk (Downton Abbey) scenario -  he put her in a position she would never have initiated and didn't take no for an answer. If it wasn't rape, it was still, in my opinion, irresponsible of the show to portray such a blurred lines style 'no doesn't always mean no' scenario, all the while giving statements to the press insisting it was consensual. The original series stuck to the book too, but things were different in the eighties - I thought we'd moved on from condoning that sort of attitude. That being said, it was a hugely tense and dramatic instalment of the series and the acting was fantastic throughout.

But what's my point here? Surely it's all fictional, we want our characters to be 'real' and 'flawed', morally grey rather than black or white knights. Game of Thrones does it all the time after all. People still love Jamie Lannister despite the fact he pushed a kid out of a window and raped his sister next to the body of their dead son (yes, I know that's not in the book). Daenerys and Khal Drogo are held up as this big love story although it all began with a rape and Tyrion strangled his lover in a fit of jealous rage. For me though, the difference is that everyone in Game of Thrones is morally ambiguous, we're not supposed to see good guys and bad guys, but rather very messed up humans in extreme situations with both good and bad inside them (and for the record, I never liked Khal Drogo). That's not the case in Poldark, or it hasn't been so far. Ross is supposed to be the hero, George is the villain. As the books continue, we're supposed to stay on Ross's side against George, but after the incident with Elizabeth, it was impossible for me to root for Ross in anything. I kept reading, and enjoyed the stories, but I hated him, and like Elizabeth, my sympathies switched to George. He might be awful, but at least he's not a rapist.

That's the problem with characters doing 'very bad things'. It's hard to forgive, and if your readers can't get on side with your heroes, you risk losing them. I'm pretty sure that Poldark viewers will begin to drop away as a result of the Ross/Elizabeth scene - if not immediately then they might when A) Ross is forgiven despite showing little to no remorse or B) the fallout of the rape (or seduction if you'd rather) begins to ruin lives. There's a scene in Gone with the Wind which presents a similar problem to that of Poldark - sometimes called 'that night', although in stark terms you'd call it marital rape. Yet, for me it's marginally less despicable than Ross's act, as Rhett comprehends that he's done wrong and feels remorse afterwards, he also gets his comeuppance in a lot of ways (losing the baby, losing Bonnie, losing Scarlett) whereas Ross gets off scot free, richer for it even, as the encounter helps him realise that it's Demelza he really loves and the dream of Elizabeth was just that. Well good for you, Ross and pass the sick bucket you disgusting man. Anyway, when the good guys let you down it's hardest to move on from their mistakes when they neither see that there's anything to be sorry for, nor get their just deserts. Just like in real life I suppose. From now on, lets hope the TV series gives Ross a harder time than the books did. That whack from Demelza was a good start.

So there's my philosophical rant of the week. Have you ever been badly let down by a favourite fictional character? Could you forgive and read on? And what did you think of Sunday's Poldark? Let me know in the comments!