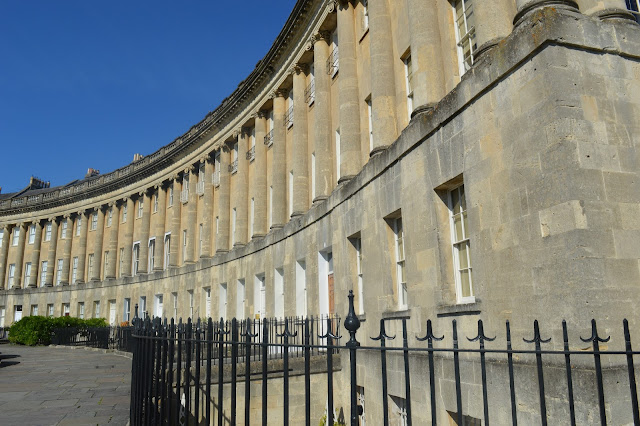 'Page to Place' is a feature I tried to start a while ago, where I visit and discuss bookish locations (see Harry Potter Studio Tour , Knustsford/aka Cranford and The Forest of Dean). I'm not very well travelled so far, but this weekend I did go to Bath - famous for it's Jane Austen connection and immortalised in her novels, notably Northanger Abbey and Persuasion. Various Austen adaptations have been filmed in the city and they also hold an annual Jane Austen festival - which I'd love to go to one day. This time however, my visit was fleeting, as we were checking out the city (via a visit to relatives nearby) on behalf of my sister, who has Bath Spa down as one of her university choices (the uni campus has an actual castle on it - I was impressed). 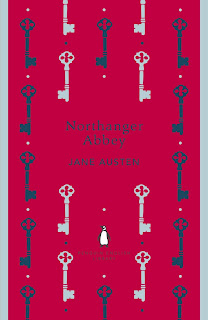 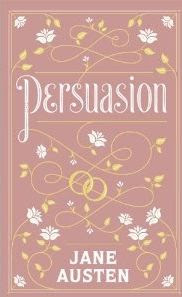 Originally we'd planned to take a bus tour, but the old-fashioned bit of the city is relatively small so we thought we'd walk instead. We took an ordinary bus into town and got off at Westgate buildings - which sounded familiar. I only realised why when my sister turns to me and goes "A Mrs. Smith of Westgate buildings!" (Persuasion's her favourite...) We then walked up towards the pump room and Roman baths - but didn't go in because time/prices. We did recognise the surrounding area though, as a location from the 1995 Persuasion. 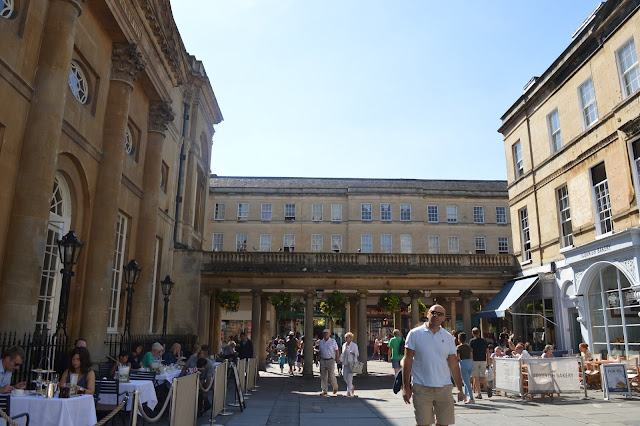 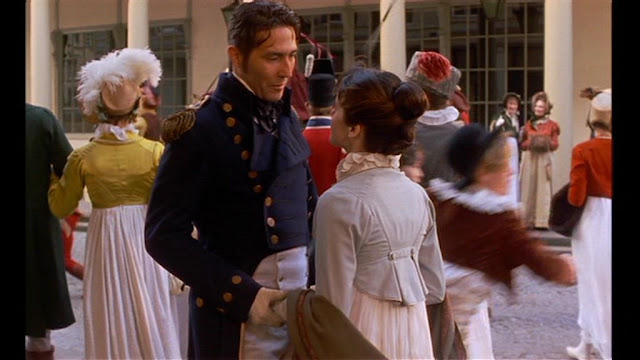 The cathedral is in the same area as the pump rooms and the baths, so we went in for a nose. It's very beautiful inside. Apparently the central stain glass window was blown out during the blitz and reassembled by local craftsmen with roughly sixty percent of the same glass. 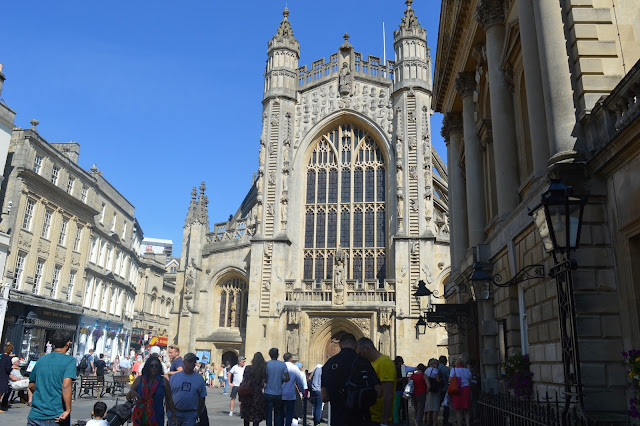 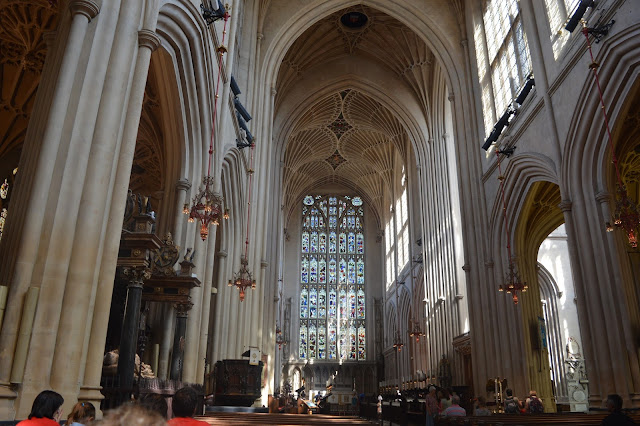 In Jane Austen's day, the pump room was the place to go to 'take the waters' which were thought to have healing properties, and where members of high society would gather. Today it's a fancy restaurant, but you can still purchase a glass of the warm spa water from the King's Spring fountain inside. 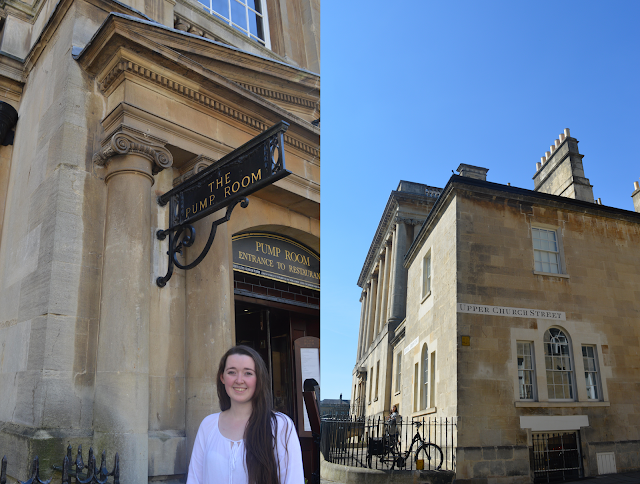 "With more than usual eagerness did Catherine hasten to the Pump-room the next day, secure within herself of seeing Mr. Tilney there before the morning were over, and ready to meet him with a smile; – but no smile was demanded – Mr. Tilney did not appear. Every creature in Bath, except himself, was to be seen in the room at different periods of the fashionable hours; crowds of people were every moment passing in and out, up the steps and down; people whom nobody cared about, and nobody wanted to see; and he only was absent.
“What a delightful place Bath is,” said Mrs. Allen as they sat down near the great clock, after parading the room till they were tired; “and how pleasant it would be if we had any acquaintance here.” 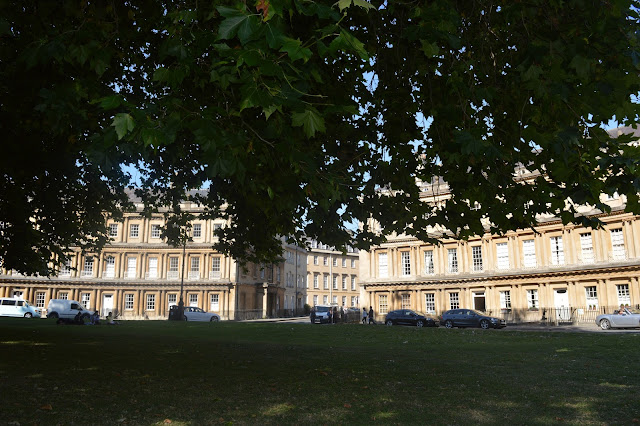 Next we walked up to the circus and onto Royal Crescent, which is possibly the most iconic-looking bit of Bath. The buildings are all built from the honey-coloured Bath stone, and you can see the curved streets and raised pavements where the ladies of Bath would promenade. We also recognised it as the scene of the kiss in the 2007 Persuasion - you know the one, where Anne runs down the street like a crazy person. 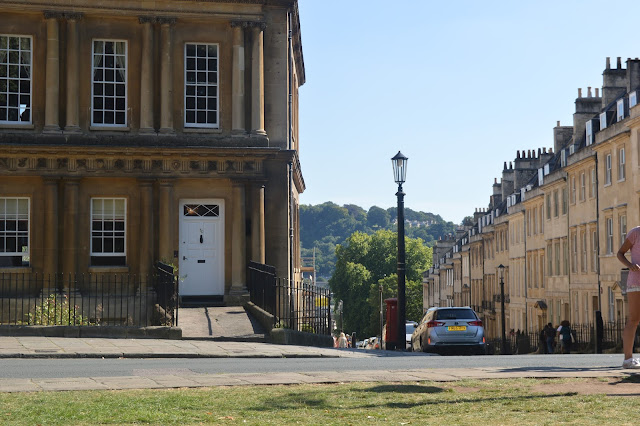 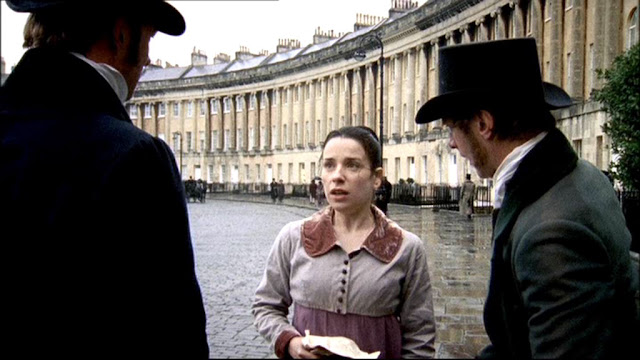 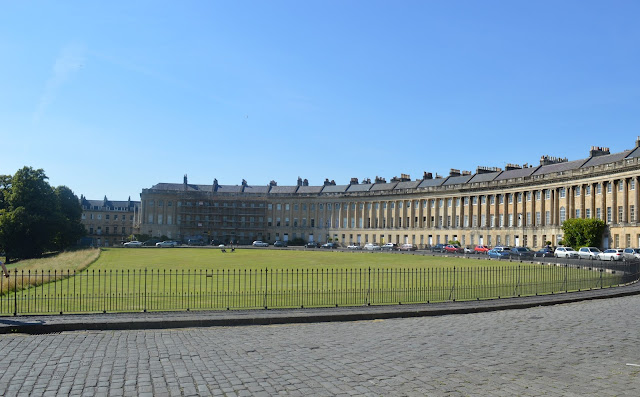 If you're ever planning to make a trip to Bath yourself, I would 100% recommend the assembly rooms. This is where Jane Austen would have danced in the ballroom, taken tea and maybe watched a concert or two. It's free to get in, but you can pay to visit the costume museum inside, which didn't look too expensive. There's an actual tearoom too, if you're looking for a place to stop for a drink. The cakes were lovely.
﻿ 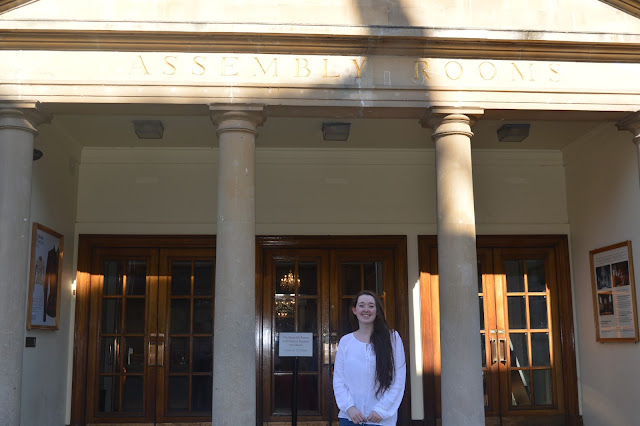 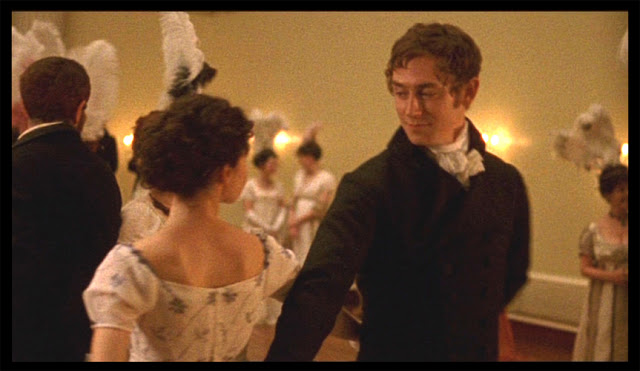 This was the place in Bath where we really got that Jane Austen-y feeling. Even the chandeliers are original Jane Austen-era.  Attending a regency ball here is now officially on my bucket list. 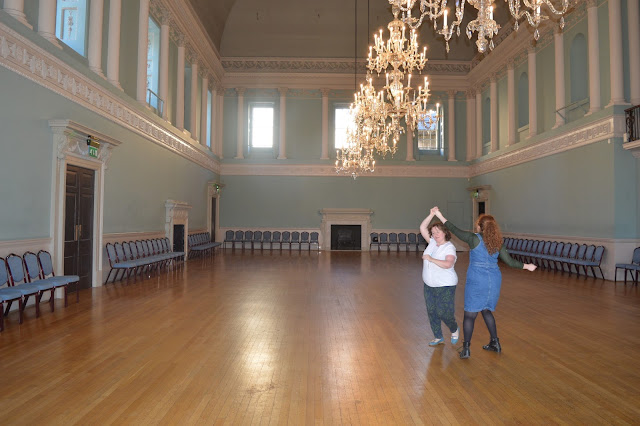 “Mrs Allen was so long in dressing that they did not enter the ballroom till late. The season was full, the room crowded, and the two ladies squeezed in as well as they could."  - Northanger Abbey 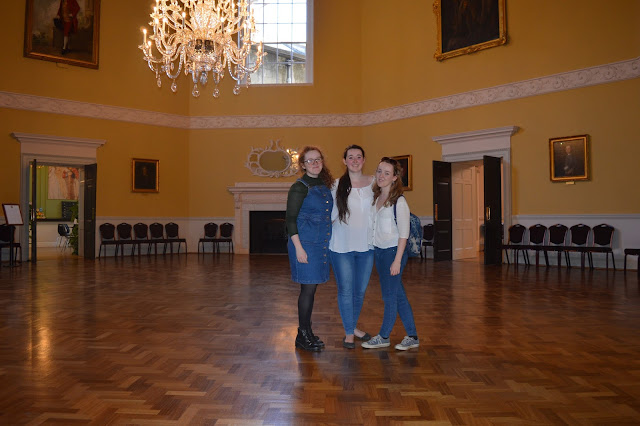 “Sir Walter, his two daughters, and Mrs Clay, were the earliest of all their party at the rooms in the evening; and as Lady Dalrymple must be waited for, they took their station by one of the fires in the Octagon Room.”  - Persuasion 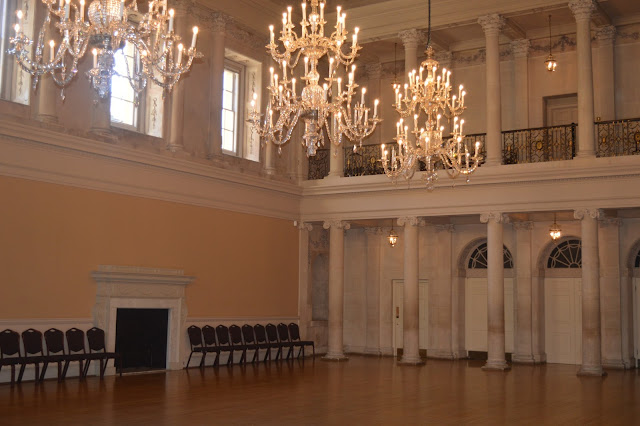 We might only have had time for a few hours in Bath, but it was a lovely place to visit. There's a lot more stuff to see, particularly for a Janeite (see: http://visitbath.co.uk/things-to-do/jane-austens-bath/top-10-must-dos-for-a-janeite) and hopefully  I'll go back one day.  Jane Austen herself might not have liked Bath much, but I was pretty impressed.
Labels: Jane Austenperiod drama Miscellaneous Northanger Abbey Page to Place Persuasion