Me Before You: Book vs Film 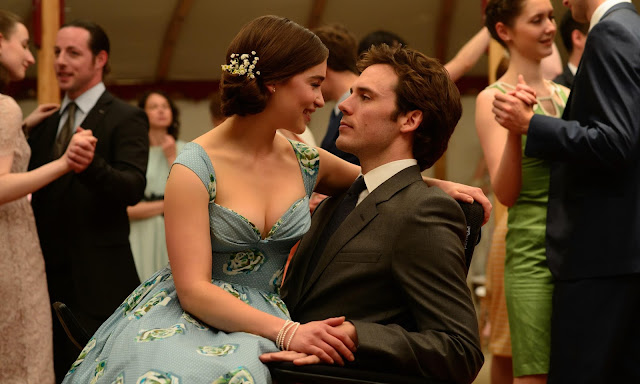 On Saturday, I went to see Me Before You, an adaptation of JoJo Moyes' prize winning romantic weepie about a young quadriplegic man (Sam Claflin) and his carer (Emilia Clarke). I'd usually go for something a bit more cheery, but girly films seem to be few and far between nowadays and the trailer looked cute. Before I went I thought I'd read the book, which I finished in like a day and a half. So I think we can say it was a good read, whatever else it was. The film was a faithful adaptation - not surprising really as Moyes also wrote the screenplay - and I enjoyed it, as I did the book. But overall I have mixed feelings, mostly because of the ending.

Me Before You is the story of Louisa Clark, an up-beat, unambitious twenty-six year old who finds herself un-employed when the cafe she has worked at for six years closes it's doors. With very little experience under her belt she struggles to find something new, until an opportunity comes up as a carer to Will Traynor, a (young, rich, attractive) man who has recently been paralysed. Although not a particularly fast-paced book, Me Before You was impossibly hard to put down. I liked the characters and found them realistic, the story drew me in and the writing style made for an easy read. Although some of Moyes' straight-out-the-book dialogue felt clunky on screen, I thought, overall, that the film was a really good adaptation. The characters are the best bit about the book, and when an author writes their own screenplay you know the protagonists are in safe hands - although some great casting helped, particularly with the secondary characters (including Charles Dance, Jenna Coleman, Brendan Coyle and Matthew Lewis).  I also loved Louisa's wardrobe, both her crazier ensembles as well as the more show-stopping stuff, like the red dress. But her shoes were the best. I just wish they'd left the shoe rack out of shot in a particular scene near the end, as I was too busy looking at the shoes to pay proper attention to the dialogue.


As a girly, Nicholas Sparks-esqe flick, I'd definitely recommend Me Before You. It had plenty of laughs, considering it's touted as a 'weepie', and although I didn't cry as much as I was expecting to, I did get a bit teary. The film was a bit slow to get going, but once it got into the romance it was great. The ending wasn't really for me, but I understood why it happened the way it did. At least it makes you think. 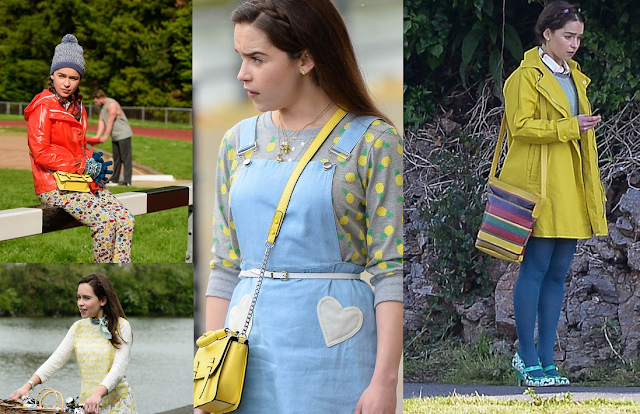 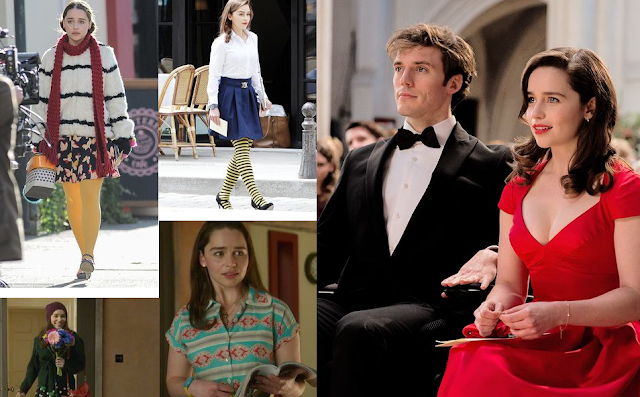 My Rating:  As an adaption... As Good as it Gets

(p.s This is quite a short review for me, but that's because me and my sister tried to make our first video review! I can't figure out how to load it up though, unfortunately, being computer-ly challenged. If I do work it out, I'll add it in :)