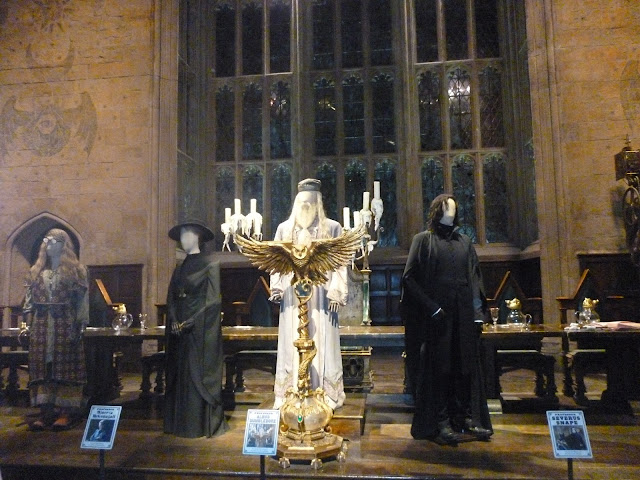 It was around this time, a couple of years ago now, that I visited the Harry Potter Studio tour. Making my Diagon Alley cushion last week got me all nostalgic, and I realised I never did do a post on the trip. I really want to go back again at some point (for the Christmas stuff! And the Hogwarts Express wasn't there when I went!) but for now I'll just content myself with oggling old photos - and looking forward to Cursed Child in November! 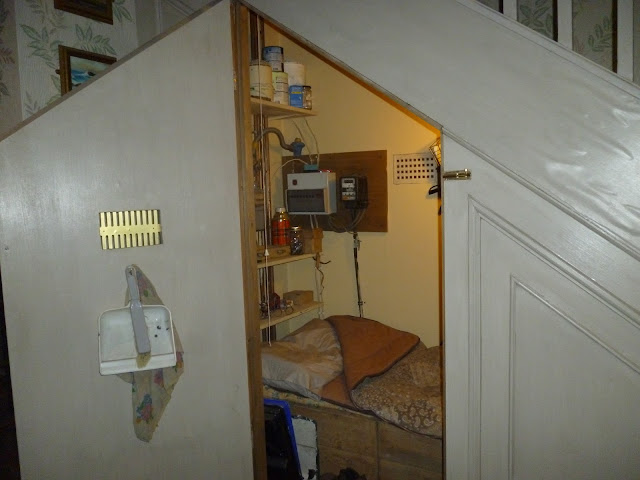 My family are all big Harry Potter fans, and I made the trip down to London with my parents, my two sisters and my cousin Rachel. We stayed the night in a hotel in Leavesden and did the afternoon tour before driving back home. I'm not one to get all gushy about fandom stuff, but it really was worthwhile. At the very beginning you queue up past Harry's cupboard, then they take you into a room and show you this film with Daniel Radcliffe, Rupert Grint and Emma Watson talking about the journey being 'at an end'. It was so cheesy, but I was actually getting pretty emotional and that was even before... well, I won't spoil the surprise! 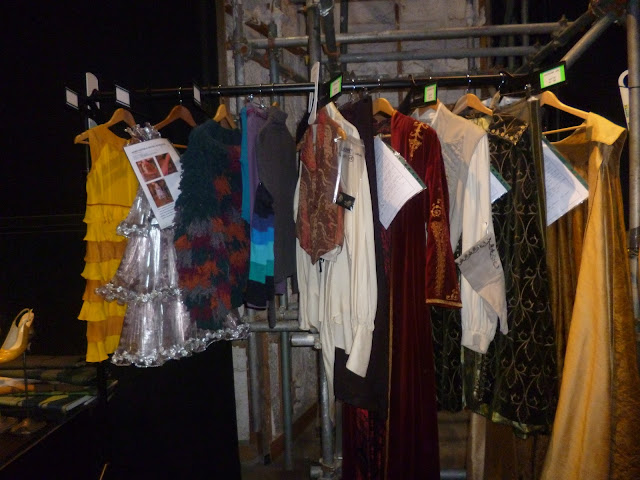 Can you remember who these costumes belong to?

Basically the tour consists of an indoor bit with loads of sets and props, an outdoor bit with loads of sets and props (where you can buy butterbeer -  it tasted disgusting, but it was cool how it bubbled) and best of all, a walk-in-able Great Hall and Diagon Alley. And at the very end there's the model of the castle, which I wasn't expecting to be impressed by. I was proved wrong. It's pretty amazing. 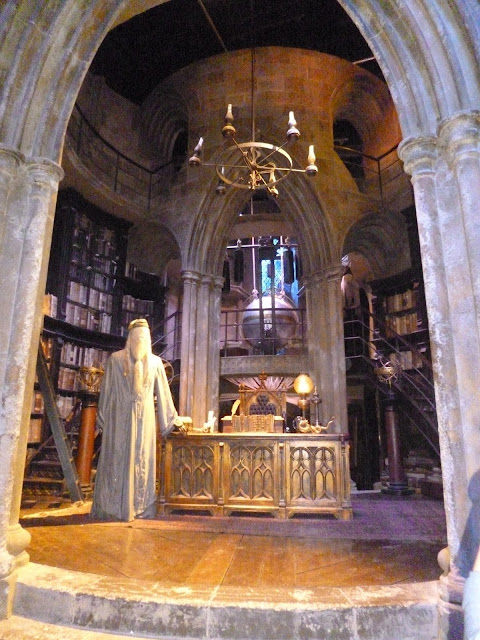 It's crazy the amount of detail that went into creating the look of the films. So many things that you might never notice on screen, but they're there. The picture of a young McGonagall on the wall of the common room, the personal effects on each of the bedside tables in the Gryffindor boys' dormitory, all the different labels on the bottles in the potions classroom, actual writing in the books. Every character's wand is different, every costume has such a unique and personal design, every shop window in Diagon Alley is dressed with carefully considered props. It's insane. 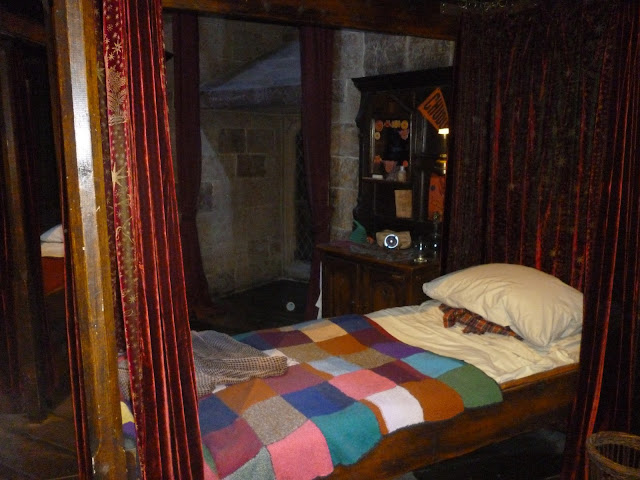 Although most of the sets are fenced off, so you can't poke around, the outside bit is more interactive. You can sit in the Ford Anglia, jump on the back of the Knight Bus, stand on the bridge or knock on the front door of Privet Drive... It's not the only spot for photo opportunities though - inside you can have your picture (or a video?) taken in robes on a moving broomstick, or in the flying car. 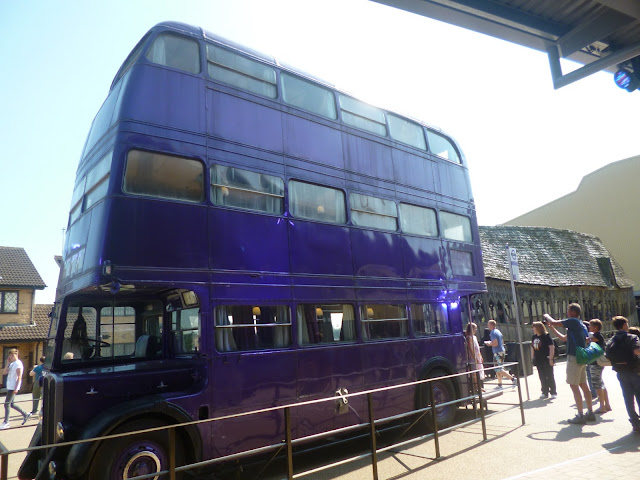 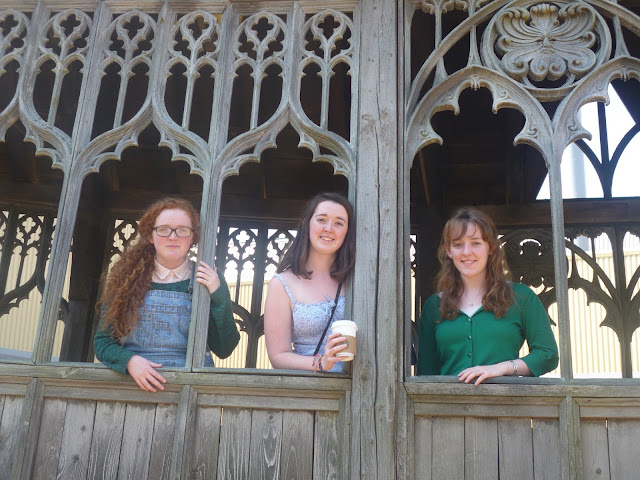 Sisters on the bridge :) 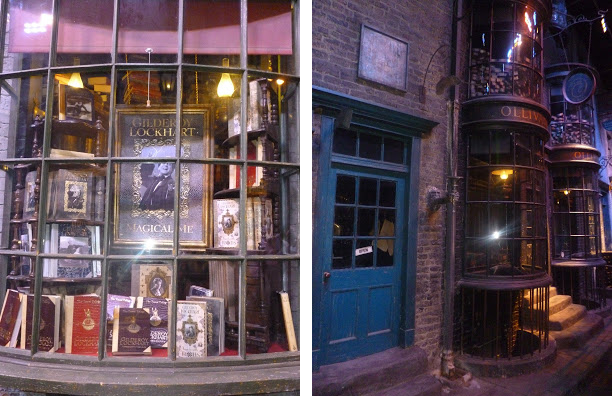 If you're a Harry Potter fan who's been umming and ahhing about going to the tour, I can tell you, it's worth it. Round about four hours is probably enough time to make the most of all there is to see, but you can wander back and forth and take as long as you want at each bit. No-one's rushing you. Also there's the gift shop, which is expensive, but wonderful. In fairness, it's all wonderful. 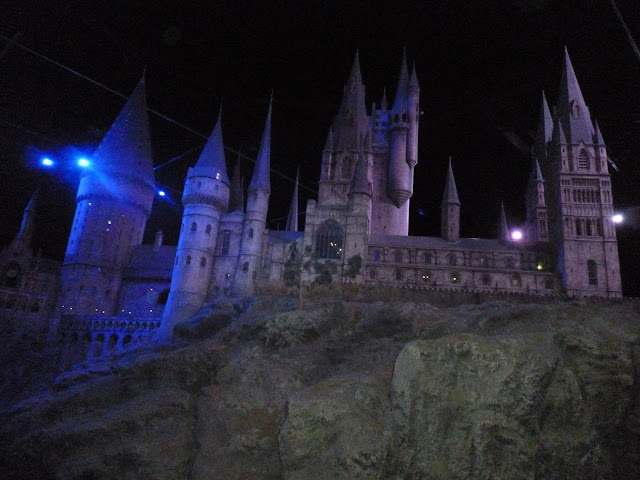 Anyone else been to the tour? Seen the train or the Christmas stuff? Let me know in the comments!