Last week was the 400th anniversary of Shakespeare's death, which means we'll be seeing a lot of the bard on our screens this year. Some (annoying) people would argue that you haven't really experienced Shakespeare unless you've sat for hours in a crowded theatre, but I'd say different. One of my first introductions to the plays was the BBC's Shakespeare re-told season, broadcast in 2005. It definitely grabbed my interest. 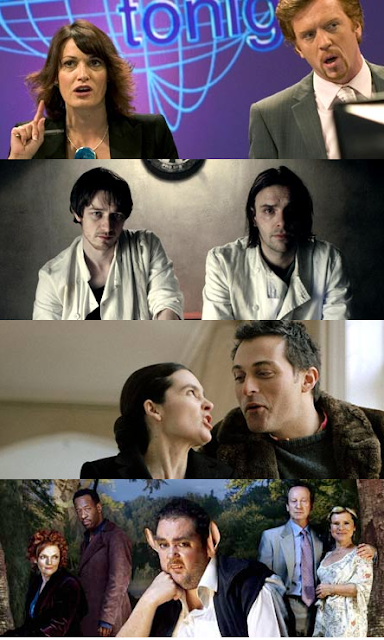 Shown over a series of weeks, this mini-series was made up of four films, connected only by the Shakespeare link. Much Ado about Nothing, MacBeth, Taming of the Shrew and A Midsummer Night's Dream were brought into the modern day, with ordinary, accessible dialogue - think She's the Man or 10 Things I Hate About You aimed at adults. Some stories translated better than others (would Macbeth really kill for a restaurant?) but thanks to some great writing and a fabulous cast (including Damian Lewis, Billie Piper, James McAvoy, Keeley Hawes, Richard Armitage, Rufus Sewell, Imelda Staunton - the list goes on...) all four instalments were very watch-able. Much Ado, in particular, is a lot of fun. Anyway, in honour of Shakespeare's death-day, I thought it was time I reviewed them! 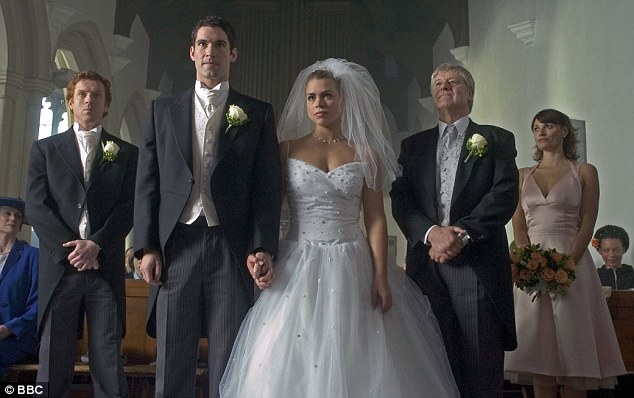 This was my first encounter with Much Ado, which has since become my favourite Shakespeare play (of the ones I'm familiar with) while this is remains my favourite version! Focusing on the team of a local newsroom, Sarah Parish's Beatrice and Damian Lewis's Benedick are the bickering news anchors, Billie Piper plays weather-girl, Hero (who's father is the big boss) and Tom Ellis (Gary from Miranda) is 'Claude' who falls for her. However, on the eve of the wedding destruction is sown by Don, Hero's jealous semi-stalker. Like in the play, the Beatrice and Benedick bits are the best (I love the scene where she helps him with his best man speech) and although Damian Lewis's performance is similar to Kenneth Branagh's in the 1993 film, I liked his Benedick better. I thought the whole thing was cleverly adapted (by the author of One Day and Starter for 10) and the ending was more satisfying than in the original - at least by modern standards. It's very noughties, but still genuinely funny with some lovely romantic moments. The best of the bunch! 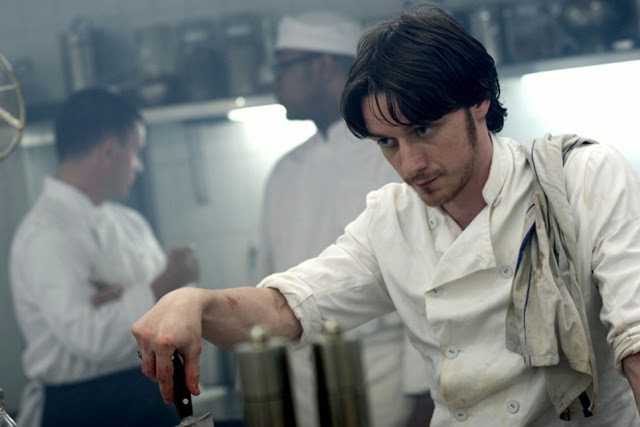 What can I say about this one? Well, James McAvoy is great as always and so is Keeley Hawes (playing Lady Macbeth.)  It's very dark in tone, as suited to a tragedy, and the concept is interesting - but I just didn't buy it. The story follows Joe MacBeth, a head chef who's been working his socks off for years while Duncan, the big boss, takes all the credit. Joe's wife - slightly unhinged by post-natal depression - convinces him to murder the guy in his sleep, after some psychic bin-men tell him he'll be heir to 3 Michelin stars. And it all spirals from there. As I say, you can't fault the acting, but surely no-one would kill in cold blood for the sake of a few stars on a restaurant? Why not just leave and set up your own place? Anyway, despite some clever twists and a lot of atmosphere, this instalment was too dark for me, convincing or not. The scene where (SPOILER) MacDuff's family are killed is particularly grim. 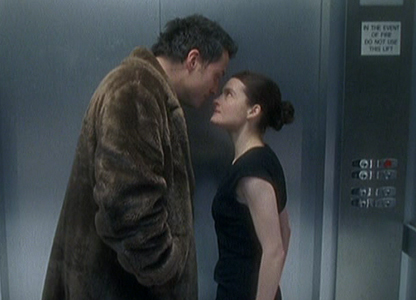 Despite it's decidedly non-feminist message (or is it supposed to be tongue in cheek? I can never tell) Shakespeare's Taming of the Shrew is no stranger to modern re-imaginings. Kiss me Kate and 10 Things I Hate About You were both well received, and this version gives us another unique take on the story. Penned by Sally Wainwright (Happy Valley, Last Tango in Halifax) this adaptation casts Kate as an opposition MP, who's been advised to find a husband in order to make her more electable. Rufus Sewell plays Petruchio, her unlikely choice. I liked this overall, but I felt it took things too far in places. Loved the casting though! Shirley Henderson (Harry Potter, Bridget Jones' Diary) is fantastic as Kate, and so tiny that Rufus Sewell looks gigantic and manly next to her - which gives the right effect. They had a lot of chemistry and although some elements of their relationship made me uncomfortable, you really felt the heat between the two of them. I read an interview with Rufus Sewell once, where he cited this as one of the few projects he's been passionate about throughout his career - and he definitely puts in a great performance. Watch out, too for a young Santiago Cabrera (Merlin, The Musketeers) as one of Bianca's suitors. 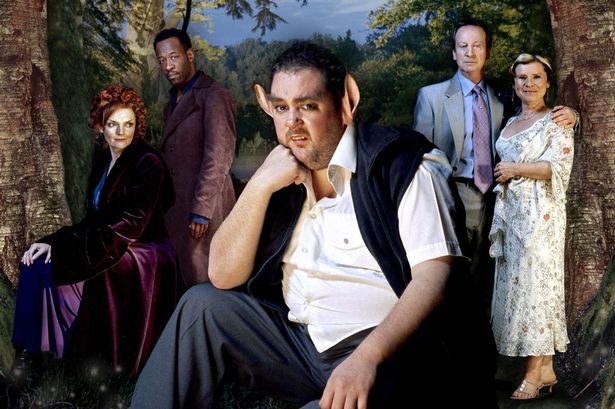 Set in a holiday park where Hermia and the respectable James Demetrius are due to announce their engagement, proceedings are thrown off by the appearance of Hermia's 'true love' - the un-employed, hippie-type, Xander. The King and Queen of the faeries confuse things further,  using 'love juice' to create chaos among the lovers and get revenge on each other. Faeries in a contemporary story felt a bit odd, and it was all a bit random, but the bits with the 'mechanicals' worked well. It's not my favourite (I don't really know the play) but still worth a watch. Imelda Staunton, especially, is great, and the ending is lovely and romantic.