How Green was my Valley: Book vs Film 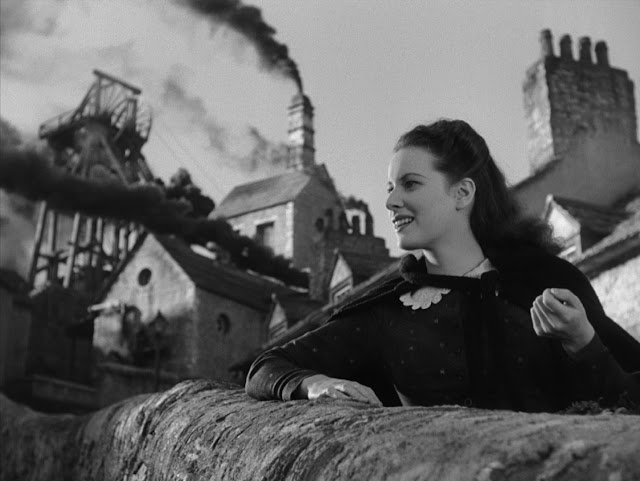 As it's St. David's Day, I thought I better review something Welsh-themed, which turned out to be surprisingly difficult. Wales is definitely under-represented in popular culture, and the only famous Welsh book/film combo I could think of was How Green Was My Valley. Lucky then, that I've both read it, and watched the old black and white film.

How Green Was My Valley is a 1939 novel by Richard Llewellyn, set in a Welsh mining community at the turn of the 20th century. It tells the story of the Morgan family and is narrated by the youngest son, Huw, who looks back on his childhood in the valley. The Oscar winning film adaptation of the same name was released in 1941. I first read the book a few years ago, and was surprised at how readable it is. It's a big fat thing, spanning years of the characters' lives, and there isn't much of a structure to it - it just follows the characters really - but I really enjoyed it. Although there were some things that bothered me. 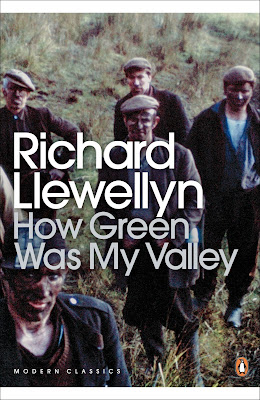 The characters are engaging, and feel entirely realistic - but maybe because of this, there's things I dislike about all of them. The valley has a very male driven culture, and although the few female characters were strong and held their own, the men (although likeable) drove me to distraction - particularly in their dealings with Angharred. In one scene, the brothers swing for Iestyn Evans because he has the temerity to talk to their sister. No, I don't like Iestyn either, but she can talk to who she wants! It's like she's the property of her brothers, and that includes Huw. Like when Angharred tries to go 'up the mountain' with someone (and yes that is a euphemism, sort of, but they do literally go up the mountain, too) and Huw, who's about twelve or something, tries to tell her off about it. Is it any of his business? No. I mean he was right, maybe, but it wasn't for him to say anything.  All of this is realistic for the time of course, but it doesn't stop it being infuriating. 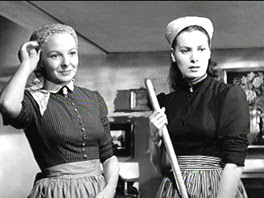 The other irritation I had with Huw, was how naive he was. Again, I guess this was realistic for the time, but he didn't seem to put two and two together about certain things until he was in his twenties. All that stuff he said about men who took girls 'up the mountain' and got them in trouble, and then as soon as he gets the chance to do the same himself he doesn't think twice about the consequences for the girl. And we're supposed to believe he still doesn't quite understand where babies come from? Nope. He's not fooling me.

The other issue with the men was that they had a bit of a vigilante/mob mentality thing going on. There was one episode where they went and lynched a child killer (obviously I saw their point, but everyone deserves a trial - how did they know they had the right guy?) and the bit where they named and shamed that guy who was stealing chickens. And even the incident with the teacher, although I quite enjoyed that. There was a sort of alternative morality at work, that sometimes made me a bit uncomfortable. 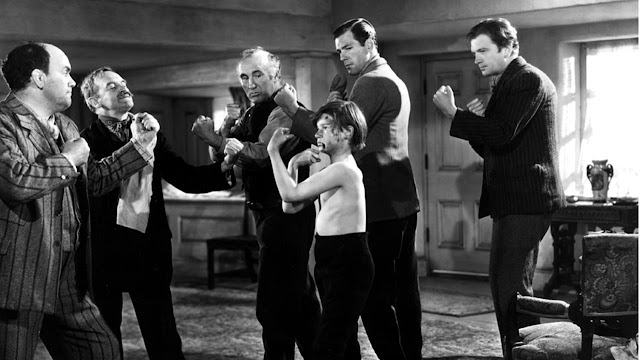 Having said all this, I did like the characters very much. Bronwen was a bit simpery, but I liked Angharred, although I think we could have seen more of her. Her relationship with Mr. Gruffudd was well written I thought, and I liked him as much as I liked her. As a couple, they reminded me a bit of Lupin and Tonks from Harry Potter - especially with the age gap and his attitude to it. I wonder whether J.K Rowling ever read this book?

Although the style of How Green with My Valley is usually quite light, a lot of the story-lines are sad ones. I got very invested in the Owen/Marged/Gwilym triangle, and was surprised they left it out of the film - it had loads of dramatic potential. 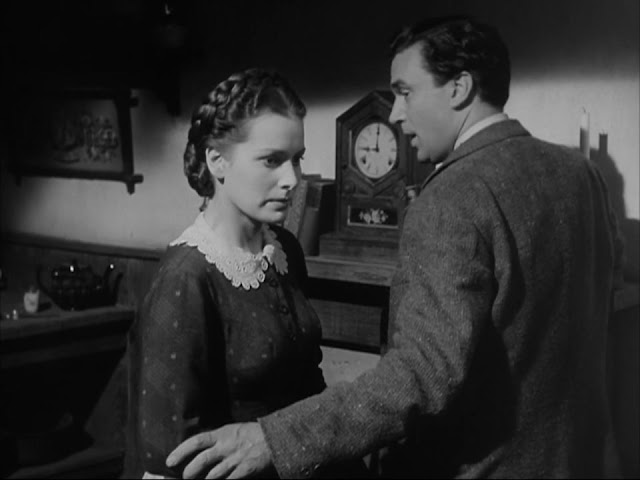 I thought the film was decent (obviously, as it won a Best Picture Oscar) but I don't think I'd watch it again. I thought it suffered from that old-film syndrome of over-sentimentality and overkill with the music. I liked the casting though (despite the total lack of authentic Welsh accents - the dad sounded like he was Indian half the time) and Maureen O'Hara made a very beautiful Angharred. She kind of outshone Bronwen though, who is meant to be the real stunner.

The film left a lot out, too, and some things were changed. We didn't get to see Huw grow up, for one thing, so no romance for him. The family was cut down from ten children to six (which was understandable, but meant no Owen/Gwilym triangle) and we didn't see much of Iestyn Evans either. The film focused mainly on Angharred's love story and the mining stuff. If you didn't know much about Wales, the film and TV industry couldn't teach you much, but you would have a vague notion connecting the country with singing (see also Zulu) and mines. The only other Wales-set film I could think of deals with similar themes - another miner's strike, this time in the 1980s. Pride is based on a true story, and one of my favourite films - I'd really recommend it. There's singing in that as well.

The other thing I wish they'd included, was the thread where Huw is punished at school for speaking Welsh, not English. The Welsh language is still alive and well (it's had a bit of a resurgence in the last few decades, as now it's encouraged within Wales) and I always thought that storyline was interesting. I lived in North Wales while at uni and they had Welsh speaking halls and everything. People should know the language isn't dead.

Overall, the film had a good atmospheric feel and some great acting. I liked the costumes too, but if I'm honest, I sometimes thought they were all a bit well dressed for a poor mining family. And the house was huge! I wish they'd been able to film in Wales too (they couldn't because of the war) and in colour. The film-makers decided on black and white to hide the fact that the valley wasn't green at all. It was golden California.

I liked the film, but I much prefer the book. It's a bit ramble-y, but the writing style makes for easy reading, despite the sometimes poetic description and the way the characters all speak like Yoda (is this really a Welsh thing? I never noticed.) The characters are well-drawn and there's a good few dramatic moments. Definitely worth a read.