Reviewing the Bookish Christmas Telly: 'Dickensian' and 'And Then There Were None' 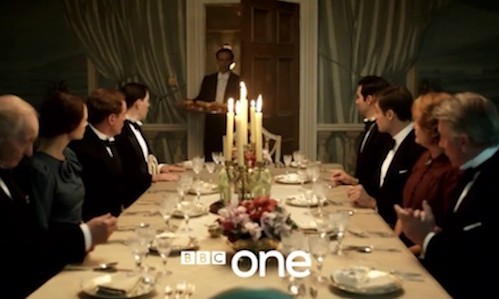 I know a lot of people don't watch TV on Christmas day - they walk or play board games or whatever. In our house we try to fit some of that in, but after Christmas dinner there's nothing better than sitting down to a good Christmas special. Saying that, I was somehow a bit disappointed by this year's programming on the 25th itself. I like the Strictly Christmas episode (but Craig well should have given Abbey's waltz a 10!) the final episode of Downton knocked it out of the park and even Doctor Who (which I watched on catch up the next day) wasn't as terrible as it's been lately. The only problem was that it's all so samey now. It's the same shows every year and they don't leave any room for anything else.

But all was not lost. Come boxing day, the BBC pulled that something different I was looking for out of the bag, with two new period dramas. A fresh adaptation of Agatha Christie's most famous murder mystery And Then There Were None and Dickensian - the beginning of a new twenty part crossover drama, in which Dickens characters from different novels are suspects in the murder investigation of one of their number. 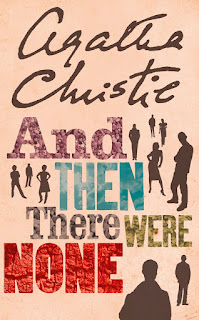 I haven't read And Then There Were None so I can't do a proper comparison, but I ordered the book as soon as the three part series was finished. Yes, I know who did it, but I want to read it anyway. In this slick and scary drama, ten strangers are invited to an island off the coast of Devon - but their hosts are nowhere to seen. As the guests are picked off one by one, will you be able to guess the murderer? This was good fun and sent me to bed more than a little creeped out. I did guess at one point - but to be fair I kept changing my guess so it doesn't really count. Despite some great dramatic moments and an atmospheric setting, what really made this was the acting. Toby Stephens, Charles Dance, Sam Neil, Miranda Richardson - basically everyone was famous and talented. And honestly, I'd watch anything that starred both Aiden Turner and Douglas Booth.

After the first episode of And Then There Were None we went straight into Dickensian (ah, my exciting life...) and I wasn't expecting much. I've not read any Dickens except for A Christmas Carol, so I thought I'd be a bit lost. Surprisingly though, I was able to identify a lot of the main players -  from Oliver Twist, The Old Curiosity Shop, Bleak House and Great Expectations. Even if I hadn't  a clue, however, I doubt it would have spoiled my enjoyment.  It might even have made things better, as I wouldn't spend so much time worrying about the fates of certain characters (poor Miss Havisham!) So far Dickensian has been fast paced (broadcast in half-hour episodes) with good acting and good characters. I'm definitely going to keep watching.

Anyway, that's what I've been enjoying over Christmas (just to re-iterate, Downton was lovely too. Julian Fellowes did good) - and now, on to War and Peace! Andrew Davies's new adaptation starts tonight in the UK, and I can't wait. Ooh, and I still need to watch Sherlock!

Labels: Agatha Christie And Then There Were None Charles Dickens Christmas Telly Dickensian Reviews