Cinderella Week: Ever After 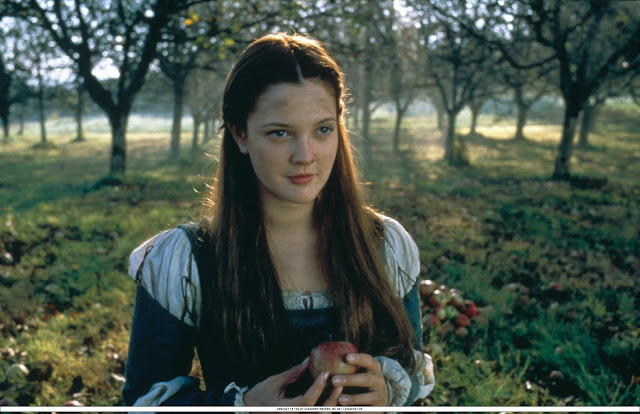 Last night, I was watching late night TV and came across Ever After - a re-telling of Cinderella starring Drew Barrymore and Dougray Scott. Although I've seen it a million times before, I left the channel on, just to wait for my favourite bit (when she first goes to court and meets the prince, if you're interested.) Next thing I knew, I'd watched the whole thing. Ever After, if I'm being totally honest, is one of my favourite films, and definitely my favourite Cinderella adaptation. As Along the Brandywine is currently hosting a 'Cinderella Week', I thought I'd join in and finally review this nineties classic. For more Cinderella stuff, you could also check out this previous post.

Set in a fictionalised sixteenth century France, Ever After is the story of Danielle de Barbarac, a spirited young commoner, who is made a servant in her own household following the death of her recently re-married father. Years later, disguised as a courtier, a chance meeting brings her to the attention of the spoiled and rebellious Prince Henry. This is a Cinderella story with no magic - no fairy godmother, no pumpkin carriage - but it doesn't matter. The tale is brought (kind of) into the real world, with engaging characters, gorgeous costumes and some new twists and turns. 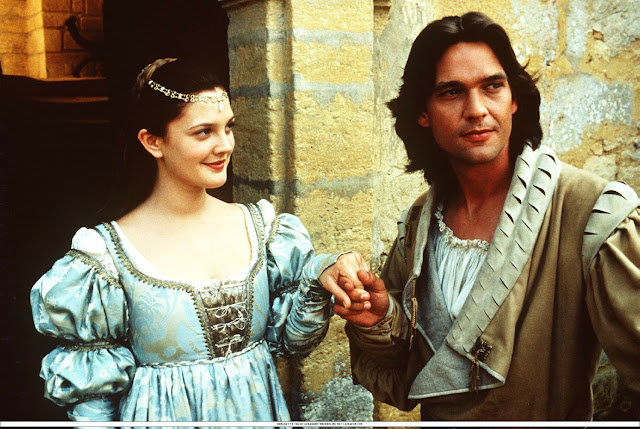 Unlike in the original fairytale, Danielle meets the prince numerous times before she attends the ball (or masque). He is fascinated by her passion and principles, she - well I'm not exactly sure what his good qualities are to be honest. He's attractive definitely, and I suppose intelligent, but he's arrogant and entitled and kind of a brat. Still, she seems to like him (and actually, so do I.) The problem is, he still thinks she's the 'Contess de Loncre'. Cue lots of borrowing beautiful dresses from her artist friend and close shaves when Danielle almost runs into her stepmother and sisters, or the prince while in her servants garb. There are some great scenes between Danielle and her prince - I love their first meeting (the apple!) when they meet at court and the whole bit with the gypsies. But some of the most memorable moments actually involve the stepmother and sisters. (The 'father's dress or your mother's shoes' scene is maybe the standout?)

Everyone praised the 2015 Cinderella for giving the character of the wicked stepmother more depth, but although Cate Blanchett was great, Anjelica Huston's Baroness is both more hate-able and easier to understand. From the beginning we can see that she loved Danielle's father and the hatred she directs towards her stepdaughter is partly jealousy. I think she steals the show a little bit, and her scenes with Drew Barrymore really make you stop and pay attention. The stepsisters are good too - I've never see Marguerite (the glamorous and spiteful sister) in anything else, but Jacqueline (the likeable, dopey one) has played similar roles in everything from Coyote Ugly to Up in the Air. Someone give her a lead role already. 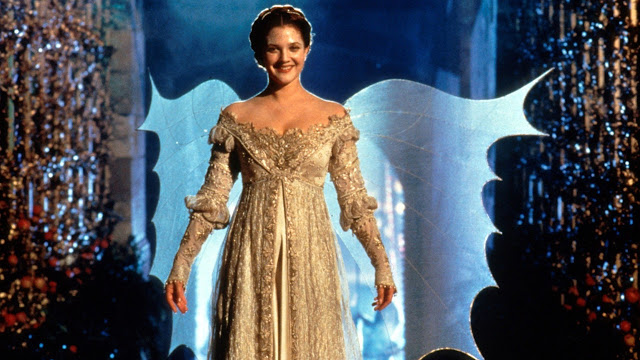 One of the best things about this film is the way the ending plays out - the use of Leonardo da Vinci in place of the fairy godmother, the dramatic scene at the masque, the twist with Richard O' Brien's creepy Pierre le pieu, and (SPOILER) the fact that Danielle saves herself from this particular predicament, rather than having to be rescued. It makes the Prince look a bit of a drip, but oh well.

I love Ever After for a lot of things - costumes, characters, romance - but most of all it's quotability. My personal favourite? "I would rather die a thousand deaths than see MY MOTHER'S DRESS on that SPOILED, SELFISH COW!" No, wait: or "Do not address me so informal madam - I am a prince of France!"


I'm not going to say that Ever After is the best film of all time. Drew Barrymore's accent is, after all, shocking, and I doubt there's much here that's historically accurate. Still, it's one of those films you can watch again and again. There's a great cast and overall it's just a lot of fun. Exactly, in my opinion, what a fairytale adaptation should be.